Train drivers and railway workers across the country are set to stage the largest strike to date as part the long-running row over pay.

Members of the Aslef and RMT unions will walk out on 1 October in order to bring the rail network to an "effective standstill", union bosses said.

The strikes could affect travel to and from the London Marathon as well as the Conservative Party conference.

Train drivers will then take a second day of industrial action on 5 October.

Aslef, which is the union for train drivers, has confirmed that drivers at 12 train companies will walk out on both 1 and 5 October.

Meanwhile the RMT, which represents rail workers including guards and signalling staff, said it has given notice to Network Rail, which maintains the country's railways, as well as to 14 train companies that 9,000 of its members will strike on 1 October.

The Rail Delivery Group, the industry body representing train operators, claimed that "thousands" of runners taking part in the London Marathon could have their journeys disrupted.

The race is on 2 October which is not a strike day but services could be disrupted following industrial action because trains are not in the correct locations.

Many participants may also travel ahead of the event.

"These strikes will once again hugely inconvenience the very passengers the industry needs to support its recovery from the ongoing impact of the pandemic," said the Rail Delivery Group.

The Conservative Party conference in Birmingham, from 2 October to 5 October, is also expected to be hit by disruption and cancelled services. 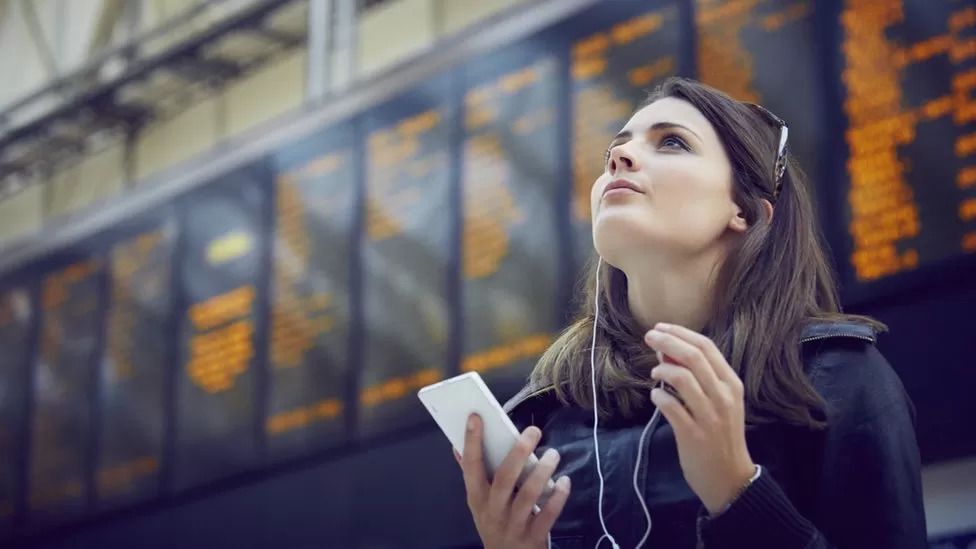 The latest strike action comes after a series of large-scale walk outs in recent months as unions seek pay increases in line with the rising cost of living.

Rail bosses claim they want to give workers pay rises but they and the government insist changes are needed to "modernise" the railway, to end some working practices and to save money.

The RMT said its decision to hold further strikes was due to "no further offers from the rail industry to help come to a negotiated settlement".

Mick Lynch, the union's general secretary, said the large-scale action would send a "clear message to the government and employers that working people will not accept continued attacks on pay and working conditions at a time when big business profits are at an all-time high".

"We want a settlement to these disputes where our members and their families can get a square deal. And we will not rest until we get a satisfactory outcome," he added

Train drivers' union Aslef, gave notice of the latest strike to the train companies on Friday, but did not make a a public announcement at the time now "as a mark of respect for the monarch".

A strike had been planned for 15 September, but was postponed following the announcement of the Queen's death

The union said it had successfully negotiated pay deals with nine train companies this year, but remained in dispute with some firms which it claimed hadn't offered any deal and where drivers hadn't had a pay increase since 2019.

"We would much rather not be in this position. We don't want to go on strike - withdrawing your labour, although a fundamental human right, is always a last resort for this trade union - but the train companies have been determined to force our hand, said Mick Whelan, Aslef's general secretary.

The BBC understands members of the TSSA union are also expected to strike on 1 October, but this has not been officially confirmed.