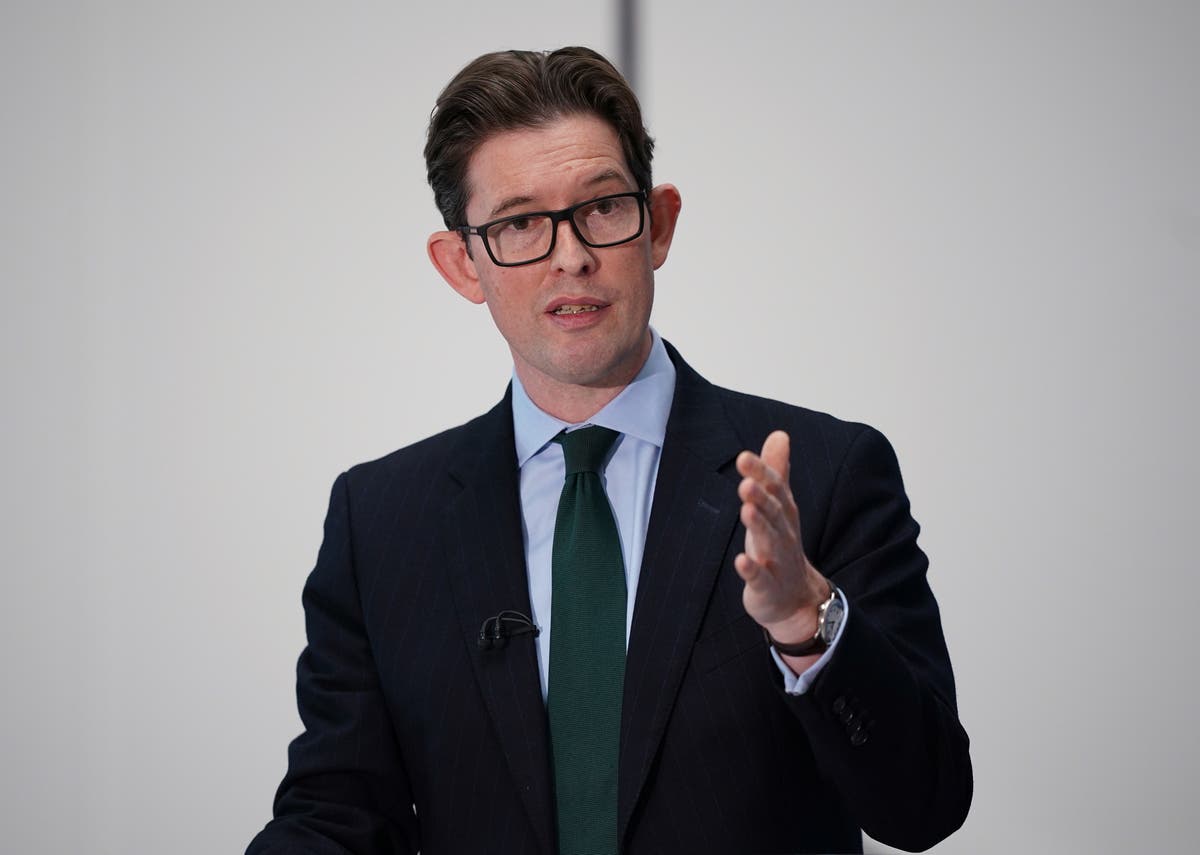 Ken McCallum said investigations had been carried out into teenagers.

Toxic racism is fuelling the rise of right wing terrorism in Britain and putting the public in danger, the head of MI5 warned on Wednesday as he spoke out over the “wildly unpleasant” abuse of England’s “brave” young penalty takers.

Ken McCallum said that the abuse levelled at Marcus Rashford, Jadon Sancho and Bukayo Saka for missing their spot kicks in Sunday’s Euro 2020 final had exposed an “important thing for us all” that society needed to address.

He added that it would be wrong to believe that the attacks had come from racists based overseas or by state sponsored troll farms seeking to sow division and instead it was necessary for this country to “own the the portion of the problem that is ours within our own country.”

His comments follow claims that much of the racist abuse posted on three players’ social media sites was generated overseas and will add to pressure on the police and prosecutors to bring the perpetrators to justice. 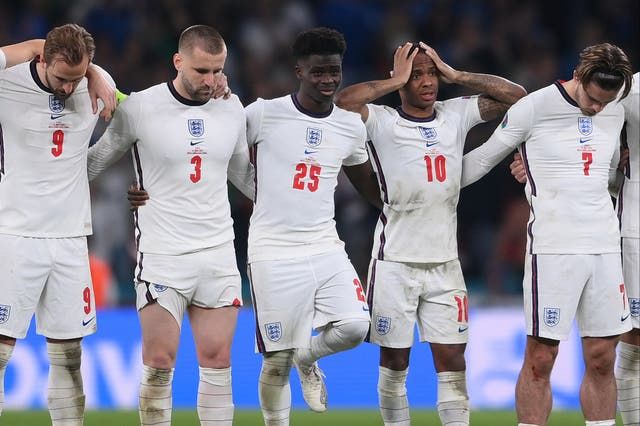 Ken McCallum said that the abuse levelled at Marcus Rashford, Jadon Sancho and Bukayo Saka for missing their spot kicks in Sunday’s Euro 2020 final had exposed an “important thing for us all” that society needed to address

The warning by Mr McCallum, who took over as MI5’s director general last year, came as he delivered a wide-ranging update on the security threat facing Britain in a speech at MI5’s Thames House headquarters.

In the address, in which he also expressed concern about the number of teenagers being radicalised into extreme right wing ideology via online “echo chambers”. He said the youngest investigated by MI5 was aged 13 and that the problem was increasing.

Turning to other threats, Mr McCallum accused Facebook of handing a gift to terrorists and child abusers by moving to end to end encryption - which will make it impossible to read criminals’ messages - and denounced the head of WhatsApp for making inaccurate claims about his spies’ intentions.

He said a “good” balance between privacy, which MI5 supported, and public safety was necessary and urged the tech giants to show moral responsibly by amending their plans.

Mr McCallum warned too of attempts by hostile states to carry out potential assassinations here as well as trying to lure people out of Britain so they could be targeted overseas.

He added that overseas spies were also trying to stoke divisions in society by spreading misinformation and even payjng people here to act in their malign interests.

He named China, Russia and Iran as responsible for much of the hostile activity and cautioned that members of the public were also increasingly being targeted in attempts to steal commercial secrets and intellectual property.

On the Islamist threat, Mr McCallum said that extremists in Syria remained the principal overseas threat to Britons but warned that the withdrawal of British and US troops from Afghanistan would be portrayed as a victory by Islamists and risked allowing terror groups to re-establish training camps there.

Some of his strongest remarks, however, were on racism as he spoke about the “toxic” danger it posed.

“Racism is a toxic issue that MI5 confronts every day, most visibly in our work to deal with extreme right wing terrorism,” he said.

“Racism is not the sole and only fuel of that threat but it is strongly there. I’m proud that MI5 are today working to deal with terrorist threats fuelled in important ways by toxic racism.

“I would also voice the thought that if we were to find ourselves overly looking to blame abroad for this phenomenon of racism, we might risk not owning the portion of the problem that is ours within our own country.”

Mr McCallum added that although hostile states were working to widen divisions in society, he did not believe their activities were the cause of abuse suffered by the England players.

“I would also voice the thought that if we were to find ourselves overly looking to blame abroad for this phenomenon of racism, we might risk not owning the portion of the problem that is ours within our own country.

“Clearly, it’s a wildly unpleasant phenomenon and none of us wish it were taking place. It touches on values that we hold dear, it touches on how my colleagues in this organisation, including my ethnic minority members of MI5 feel about their life, how race is dealt with in our society. This is an important thing for us all.”

He added: “On the Euros, even for a Scotsman, there was a great deal to like in this England team. As I watched the penalty shootout, I was very aware that I’ve got experience, that MI5 has got experience, of watching capable, brave young people of all races giving their all for their country.

“You don’t always win but I admire the attempt and there was so much to admire in how that England team played and how they conducted themselves.”

On the scale of extreme right-wing terrorism, Mr McCallum said that it formed a “substantial minority” of the investigations being conducted by MI5 and had accounted for ten of the 29 terror plots foiled since 2017.

He said it was hard to know whether it was still “spiralling” or whether police and MI5 had become better at discovering plots because of their increased focus on the problem, but expressed concern about the rising number of teenagers involved.

“This threat has some challenging characteristics: a high prevalence of teenagers, including young teenagers where the authorities’ response clearly has to blend child protection with protecting communities. Frequently, obsessive interest in weaponry, presenting difficult risk management choices. And always, always, the online environment – with thousands exchanging hate-filled rhetoric or claiming violent intentions to each other in extremist echo chambers – leaving us and the police to try to determine which individuals amongst those thousands might actually mobilise towards violence.”

He added that the case of the 13-year-old highlighted the problem, and that “sophisticated, thoughtful responses were needed.

“In that particular case, that individual who was largely operating online had stimulating quite a bit of risk in a number of places before anyone had any idea that they were in fact 13 years old.

“The CEO of WhatsApp, Will Cathcart, recently branded government objections to end-to-end encryption as “Orwellian”, akin to demands that video cameras be placed in every living room. But that’s not what we’re asking for.

“Let me tackle this mischaracterisation head-on .. we support strong encryption and we support privacy for the population. The only point of contention is around what has to be possible in the case where we have strong grounds to believe that an individual is plotting grave crimes.

“In cases of exceptional threat, where a Secretary of State and an independent judge have signed a legal warrant, we should be able to present that warrant to the company and request the relevant content. That’s not about “back doors” or fatally weakened encryption. If you must pick a door, it’s the front door. I want to make a public plea to tech companies to engage seriously with governments – or with me if they like – on the necessity of designing in public safety.”

Turning to hostile state activity, Mr McCallum said that the “first and most visceral concern is physical threats to life.”

He added: “As the nerve agent attack in Salisbury showed, some hostile actors are prepared to come to the UK to kill. Others are more cautious, and seek to lure or coerce individuals to travel out from the UK to other countries, where they can be detained, abducted or harmed.

“We have encountered since Salisbury other activity which we have sought to get in amongst and disrupt which might .. potentially have resulted in some form of attack attempt.

“We don’t always fully know what we might have stopped because quite often the right response is to take disruptive action early .. as a preventative measure rather than allowing it to get to the last stage.”

On the terror threat from abroad, Mr McCallum said Syria continues to be the principal source of danger.

“We continue to devote very substantial capacity from MI5 and our close partners to seeking to understand what is happening in Syria, investigate it, disrupt it where that needs to happen.

“Please do not imagine that Syria is sorted or has gone away as a potential source of terrorist threat to our country.”

But he cautioned that Afghanistan could also once again pose a rising threat following the withdrawal of international troops.

“In respect of Afghanistan, we would be rash to make confident predictions but you might imagine that if pockets of ungoverned space open up some terrorist groups might seek to re-establish some training facilities there.

“It must surely be likely that extremist groups of various sorts, including UK based groupings, will seek to portray this .. as a victory for extremist Islam. MI5 is not taking lightly the risks that terrorists seek to rebuild in Afghanistan.”