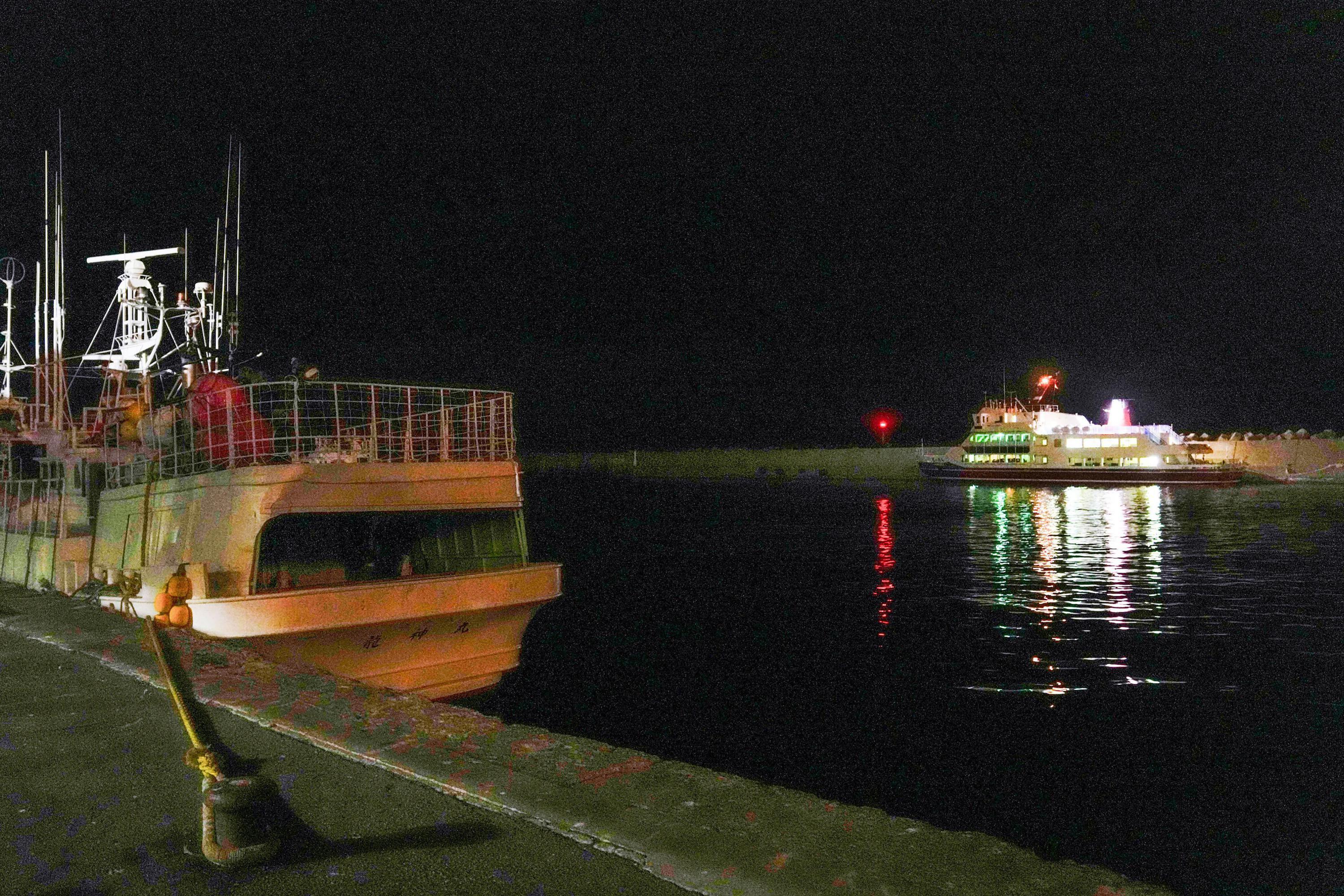 Tour boat with 26 aboard missing in frigid Japan waters

A tour boat with 26 people aboard was missing in the frigid waters of northern Japan on Saturday, hours after sending a distress call that it was sinking, the coast guard said.

No survivors have been found after more than 10 hours of intense search involving six patrol boats, five aircraft and divers. The coast guard said it will continue the search through the night.

The 19-ton Kazu 1 made an emergency call in early afternoon, saying the ship’s bow had flooded and it was beginning to sink and tilt while traveling off the western coast of Shiretoko Peninsula in the northern island of Hokkaido, the coast guard said.

The tour boat has since lost contact, according to the coast guard. It said the boat was carrying 24 passengers, including two children, and two crew.

An official of the vessel’s operator, Shiretoko Pleasure Cruise, said he could not comment as he had to respond to calls from worried families of the passengers.

Prime Minister Fumio Kishida, who was attending a two-day water summit in Kumamoto in southern Japan, was canceling his program for Sunday and was set to return to Tokyo to deal with the missing boat, the NHK public broadcaster reported.

High waves and strong winds were observed in the area around noon, according to a local fisheries cooperative. Japanese media reports said fishing boats had returned to port before noon because of the bad weather.

NHK said there was a warning for high waves of up to 3 meters (9 feet) high.

Yoshihiko Yamada, a Tokai University marine science professor, said the boat was likely to have run aground after it was tossed around in high waves and damaged, flooded and probably sank. A tour boat of that size usually does not carry a life boat, and passengers possibly could not jump out of a rapidly sinking vessel with its windows probably closed to shield them from strong winds.

In an interview with the TBS television, Yamada said there is also a slight possibility that the boat might have been hit by a whale.

The cold temperature and strong wind could cause hypothermia and put the passengers in severe conditions for survival, according to Jun Abe, vice chairman of the Society of Water Rescue and Survival Research. “It’s a very severe condition especially when they are wet,” Abe told TBS.

According to the operator’s website, the tour takes about three hours and offers a scenic view of the western coast of the peninsula, including the nature and animals such as whales, dolphins and the brown bear. The national park is listed as a UNESCO World Heritage site and is famous as the southernmost region to see drifting sea ice.
Add Comment