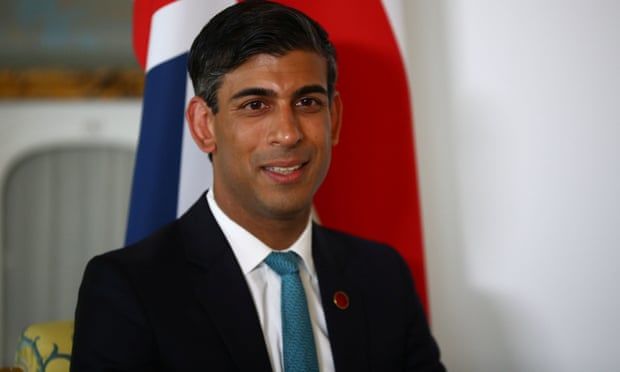 Rishi Sunak is facing a tight vote on his £4bn cut to the foreign aid budget on Tuesday, with rebel Tories threatening to join with Labour to vote down the change.

The government backed down on allowing a vote after the Speaker last week said the House of Commons must have a say on the move to cut the aid budget from 0.7% to 0.5% of gross national income.

A group of up to 50 Conservative MPs and all opposition parties have expressed deep concern about the cut, which charities warn will lead to deaths and suffering in other countries reliant on the UK’s foreign aid contribution.

However, the government hopes to have reduced the number of Tory rebels by setting out conditions under which the aid budget will rise again to 0.7%.

Sunak released a written statement on Monday night, setting out his argument for the change being a temporary measure that would increase again to 0.7% when there was no more borrowing for day-to-day spending and underlying debt was falling.

He said the government would abide by the consequences of the vote, with spending returning to 0.7% of gross national income in the next tax year if MPs rejected his proposals.

“If the house approves the motion, recognising the need to manage the public finances responsibly and maintaining strong investment in domestic public services like the NHS, schools and police, then the government will continue with the approach set out in this statement,” the chancellor said.

“However, if the house were to negative the motion, rejecting the government’s assessment of the fiscal circumstances, then the government would consequently return to spending 0.7% of GNI on international aid in the next calendar year, and with likely consequences for the fiscal situation, including for taxation and current public spending plans.”

It is uncertain how the group of up to 50 Tory MP rebels will vote on the motion, but it is likely to be tight.

Andrew Mitchell, the Conservative former development secretary who is one of those leading opposition to the cut, said: “Every MP in the House of Commons stood on a very clear promise to stand by 0.7%. What is being proposed may not return Britain to the commitment for decades to come. I am urging my colleagues to keep their promise and prevent hundreds of thousands of preventable deaths by voting against tomorrow’s motion.”

David Davis, the former Brexit secretary, and another leader of those rejecting the change, said that even some ministers had been privately encouraging the rebels to overturn the government’s decision.

He said Sunak’s proposal was “not good enough” and the impact was likely to be the deaths of 100,000 children.

Davis said he thought the government had offered the vote because it realised that the rebels would keep on the pressure. “We will not give up,” he said.

Tories opposed to the move said they believed the government would be “turning the screws” on many colleagues overnight to persuade them to vote for their motion, predicting that the vote could be tight.

Announcing the vote to parliament, Jacob Rees-Mogg, the leader of the Commons, said: “It will be a yes or no answer. Does this house wish to see the public finances kept under reasonable control? Does it recognise there are limits to what we can do?

“Or on the other hand, do we want to hard press our hard-pressed taxpayers even further? That will be the question for the debate tomorrow.”

The government is also under pressure from a group of philanthropists, including the Bill and Melinda Gates Foundation, who said over the weekend that they would provide £93.5m emergency funding to cover some of the UK aid cuts.
#melinda gates
Add Comment