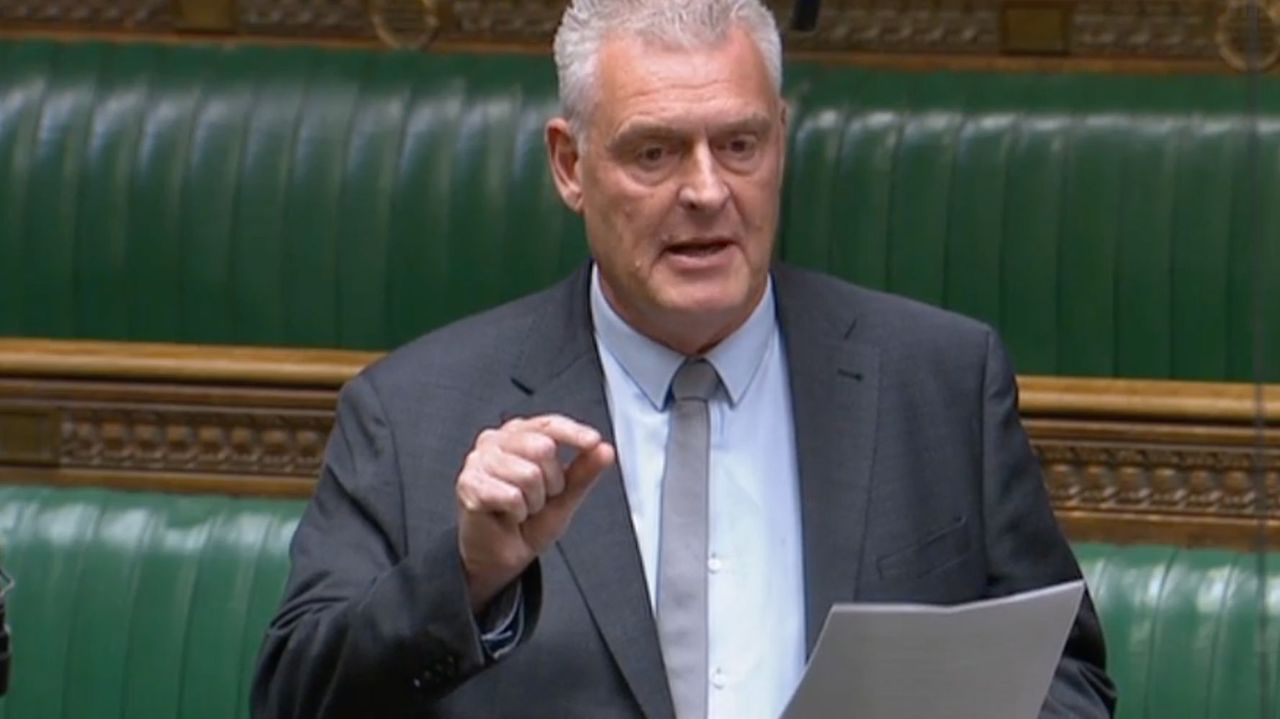 A Tory MP has been branded "out of touch" for saying people needed to learn how to cook and budget "properly", rather than use food banks.

Ashfield MP Lee Anderson made the comments in the Commons while praising a "real food bank" in his local area.

He claimed there was "not this massive use for food banks in this country", and those who knew how to cook and budget could make meals for 30p a day.

Labour's Karen Buck said his remarks were "beyond belief".

But fellow Tory MP Brendan Clarke-Smith said his colleague was "absolutely spot on", tweeting a link to an article claiming that learning to cook was "one of the best ways of fighting poverty and combating obesity".

A Tory council leader and mayor in Kent have also come under fire for posing for a photograph and cutting a ribbon at the opening of a local food bank.

Dartford Borough Council leader Jeremy Kite defended himself on LBC, saying the picture and the ribbon cutting were "entirely" the idea of the people who ran the centre.

Asked by presenter James O'Brien if the smiling picture was appropriate, he said: "If the people at the food bank volunteering for it, running it, organising it, thought it was appropriate, then frankly as a guest it is not for me to suggest that I would do this, [and] not do that."

The pictures were later removed from the Mayor of Dartford Rosanna Currans' social media.

The two incidents come as soaring inflation and energy costs have hit the pockets of UK households.

The Trussell Trust charity said it had distributed over 2.1 million emergency food parcels to people in crisis in the past year, with growing numbers visiting food banks across the country as a result of the cost of living hikes.

Mr Anderson invited MPs to visit a food bank in his Nottinghamshire constituency where he said people "have to register for a budgeting course and a cooking course" if they receive parcels.

"We show them how to cook cheap and nutritious meals on a budget," he added. "We can make a meal for about 30p a day and this is cooking from scratch."

Asked by an opposition MP if there should even be food banks "in 21st century Britain", the Tory MP replied: "He makes a great point but that is exactly my point.

"There's not this massive use for food banks in this country. We've got generation after generation who can not cook properly... they can not budget."

The comments led to a backlash on social media, with poverty campaigner Jack Monroe saying: "You can't cook meals from scratch with nothing. You can't buy cheap food with nothing.

"The issue is not 'skills', it's 12 years of Conservative cuts to social support."

Shadow work and pensions minister Ms Buck added: "In the world where people actually live, we now hear daily stories of families going without food and others unable to turn their ovens on in fear of rising energy bills.

"The idea that the problem is cooking skills and not 12 years of government decisions that are pushing people into extreme poverty is beyond belief. Out of touch doesn't even cover it."

Posting on his Facebook page following the criticism, Mr Anderson said: "I did not say poor people can not cook or there is no need for food banks.

"I said there is not the need currently being parroted out by the MSM [mainstream media]."

Lee Anderson MP: "There's not this massive use for food banks in this country."
#facebook
Add Comment