The Tory leadership candidate had proposed regional pay boards, in a bid to save taxpayers a potential £8.8bn.

But the policy was criticised by several senior Tories, who argued it would mean lower pay for millions of workers outside London.

Ms Truss has now said the proposal would not be taken forward.

The foreign secretary told the BBC the plan had been "misrepresented" and people had been "unnecessarily worried about my policies".

"I never had any intention of changing the terms and conditions of teachers and nurses," Ms Truss said. "But what I want to be clear about it that I will not be going ahead with the regional pay boards."

Earlier a spokesperson for Ms Truss's campaign said current levels of public sector pay would be maintained if she became prime minister.

A spokesperson from Mr Sunak's campaign described the U-turn as dramatic.

"It demonstrates a lack of serious judgment by setting out plans that would see pay dramatically cut for police, nurses and our armed forces in Cardiff and Canterbury, Teesside and Taunton during a cost of living crisis," they said.

"It also shows a worrying lack of grip of detail in what is already a woolly economic plan.

"If this was in a general election, it would have been a potentially fatal own goal for the Conservatives."

Announcing the policy on Monday night, Ms Truss had said she wanted "a leaner, more efficient, more focused Whitehall" and set out plans which suggested savings of £11bn a year.

This included £8.8bn which would come from introducing regional pay boards, meaning that civil servant pay - and potentially later other public sector workers' salaries - could be adjusted to reflect the area where civil servants work.

It could have seen workers in, for example, the south-west or north of England paid less than those in the south-east.

In addition to saving money, the Truss camp also argued it would help boost growth in areas, where the private sector had been crowded out by public sector salaries.

However, the proposal was dropped after just over 12 hours when it was met with strong resistance from Tories.

Tees Valley mayor Ben Houchen - who is supporting Mr Sunak - described the policy as "horrifically bad", telling the BBC's World at One it could lead to more scrutiny of policy from the foreign secretary.

"There are lots of tasty soundbites from Liz - what we're now seeing is that as people start to scrutinise that detail it can unravel quite quickly," he said.

Liz Truss is widely thought to have been ahead in the Tory leadership race.

She had momentum in the campaign - and had avoided any significant errors.

This policy has attracted huge criticism from opposition parties - and many Conservative politicians supporting Rishi Sunak.

They argued regional pay boards would have been "levelling down".

Speaking to Mr Sunak's allies this afternoon, they argue Ms Truss's plans are unravelling and that it was a "catastrophic error of judgement".

Team Sunak will hope this starts to change the dynamic of the campaign - and potentially put him back on the front foot just as Tory members start voting.

Team Truss will hope that junking the policy quickly will limit the damage. 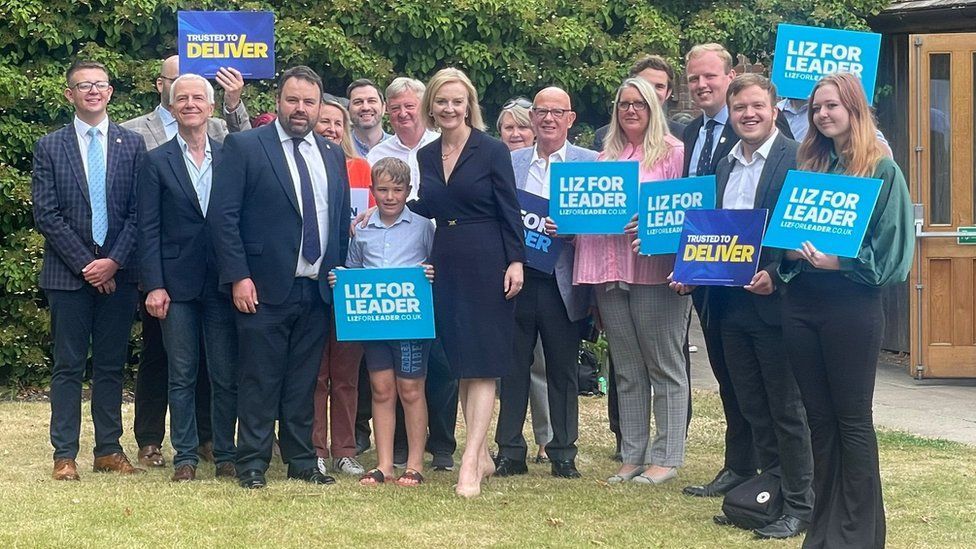 A number of Conservative MPs in the south-west of England also attacked the policy, including Sunak ally Steve Double who said it would be "hugely damaging to public services in Cornwall, where we already struggle to recruit NHS staff".

Labour's shadow chancellor Rachel Reeves said the proposal "reveals her [Liz Truss's] priority would be to slash the pay packets of working people".

Liberal Democrat leader Sir Ed Davey said: "U-turning on a multi-billion-pound policy five weeks before even taking office must be a new record."

Ms Truss has been seen as the frontrunner in the race for No 10, with several polls showing her to be more popular among the Conservative party membership.

Both candidates have announced a string of competing policy proposals to woo Conservative members.

The latest came from Ms Truss who, in an interview with the Daily Mail newspaper, pledged to order a review into whether not paying for a TV licence should still be a criminal offence.

Those who watch TV or BBC iPlayer risk being fined or taken to court if they do not pay the £159-a-year licence fee.

Ms Truss told the Mail a "disproportionate number" of women had ended up in jail for non-payment, adding she wanted to "look at how we can make sure that we reform the TV licence fee, so we don't end up with those punitive results". 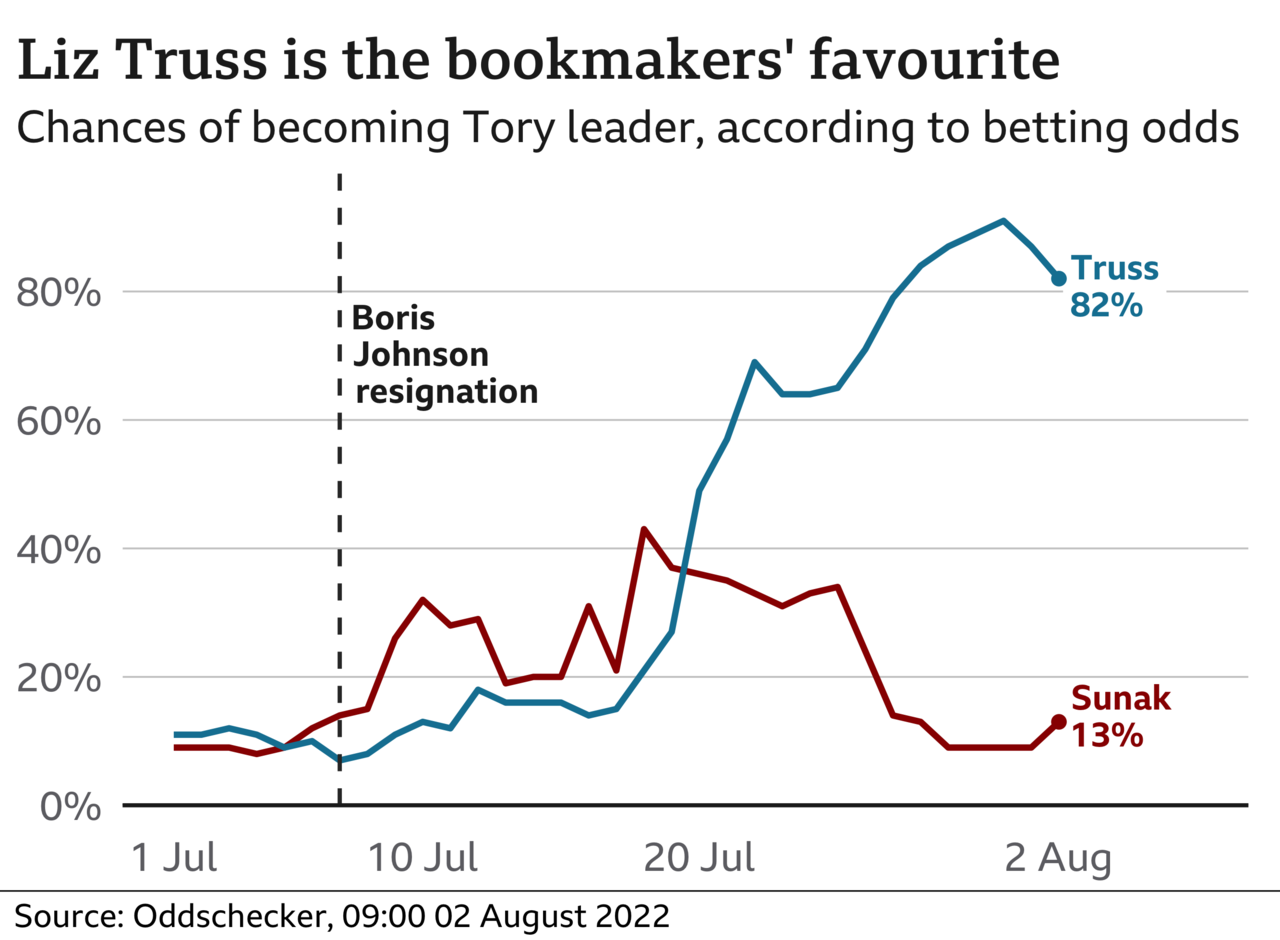 Liz Truss: "I never had any intention of changing the terms and conditions of teachers and nurses."