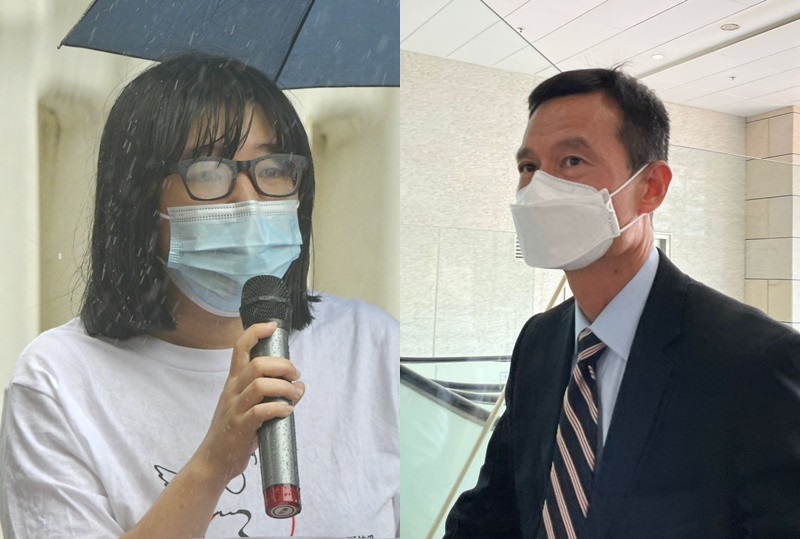 Activist Tonyee Chow Hang-tung has a case to answer for inciting the public to join an unauthorized June 4 vigil this year, a magistrate said.

Chow, the former vice-chair of an alliance that organized the June 4 vigil, appeared in West Kowloon Magistrates' Courts on Wednesday morning.

Chow and prosecution reached an agreement on the notice to admit facts, a document where a party invites another to admit specific facts or parts of a case.

Fanny Wong Kam-hing, representing the prosecution, originally wanted to summon a police superintendent and a police constable who collected evidence. However, the superintendent surnamed Cheung failed to show up in court on time as he was in a meeting.

Magistrate Amy Chan Wai-mun expressed her disappointment and pointed out that she adjourned yesterday's hearing expecting that Cheung will show up in court today. Wong then apologized and said Cheung would come as soon as the meeting ended.

The prosecution read the notice and said that Richard Tsoi Yiu-cheong, former chairman of the alliance, applied for police permission to stage the June 4 vigil on April 27, expecting that around 100,000 to 150,000 citizens would join them. Chow then published a post on Twitter and Facebook on May 29, and an article on Mingpao on June 4, calling on people to join them.

Superintendent Cheung then came and testified, saying he had met representatives from the alliance on May 25, before issuing a notice banning them from staging the vigil two days later. He also met the representatives again on May 29 in another meeting where the alliance filed an appeal against police's decision.

Cheung also admitted that he was involved in the decision-making process when questioned by Chow. He added that police focus not only on anti-pandemic measures but also on the crowd control measures.

Chow then challenged Cheung on whether the police had sought advice from the Department of Health on anti-pandemic measures for group gatherings on May 25, before the alliance even filed the appeal. She doubted if the police had already decided to ban them from staging the vigil beforehand.

Cheung explained that the pandemic situation of the city kept changing at that time and government kept updating relevant policies. Therefore police didn't seek advice from the department as soon as they received the application from the alliance in late April.

Chow was arrested around 7pm on June 4.

Magistrate Amy Chan has adjourned the hearing to October 25. Until then Chow will be remanded in custody.
#facebook
Add Comment