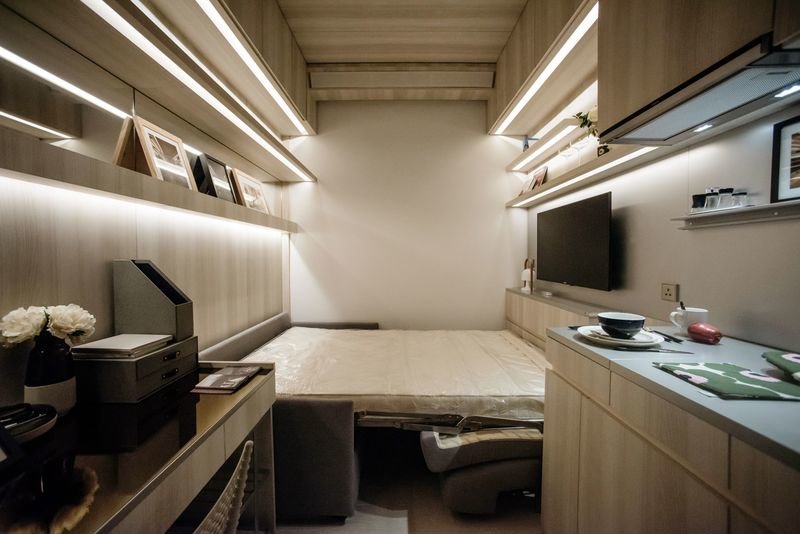 In the world’s least affordable housing market, one in eight homes sold is a nano apartment, a term widely used to describe tiny homes in Hong Kong.

A record 13% of apartments sold in 2019 were less than 260 square feet (24 square meters), or smaller than two car-parking spaces, according to a report by Liber Research Community released Monday. These tiny units accounted for just 0.2% of total sales in 2010.

Hong Kong’s sky-high property prices have made it difficult for the younger generation to get on the housing ladder. The city’s property affordability is the worst in the world, topping other housing hot spots like Vancouver, Sydney and Los Angeles.

Developers in recent years have turned to offering smaller homes to buyers so they can afford them. Even though these tiny apartments can still fetch more than HK$5 million ($645,000), they can barely fit the basic necessities.

Among the 8,550 nano apartments examined by Liber Research between 2010 and 2019, 85% didn’t have a separate bedroom, and 70% were lacking a window in the toilet. Almost all had an open kitchen.

Cramped living space has long been a problem in Hong Kong. Low-income earners have resorted to so-called coffin homes that are essentially just a bed space. Some who can’t afford residential rents but prefer a larger space live illegally live in industrial buildings or container homes.

Henderson Land Development Co. was the biggest seller of nano-apartments, accounting for one-third of sales in the period, the report said.

Even though the city’s economy has been under pressure during the pandemic, with unemployment climbing to a 15-year high, the property market remains resilient. Home prices declined just 1% in 2020, data from Centaline show.