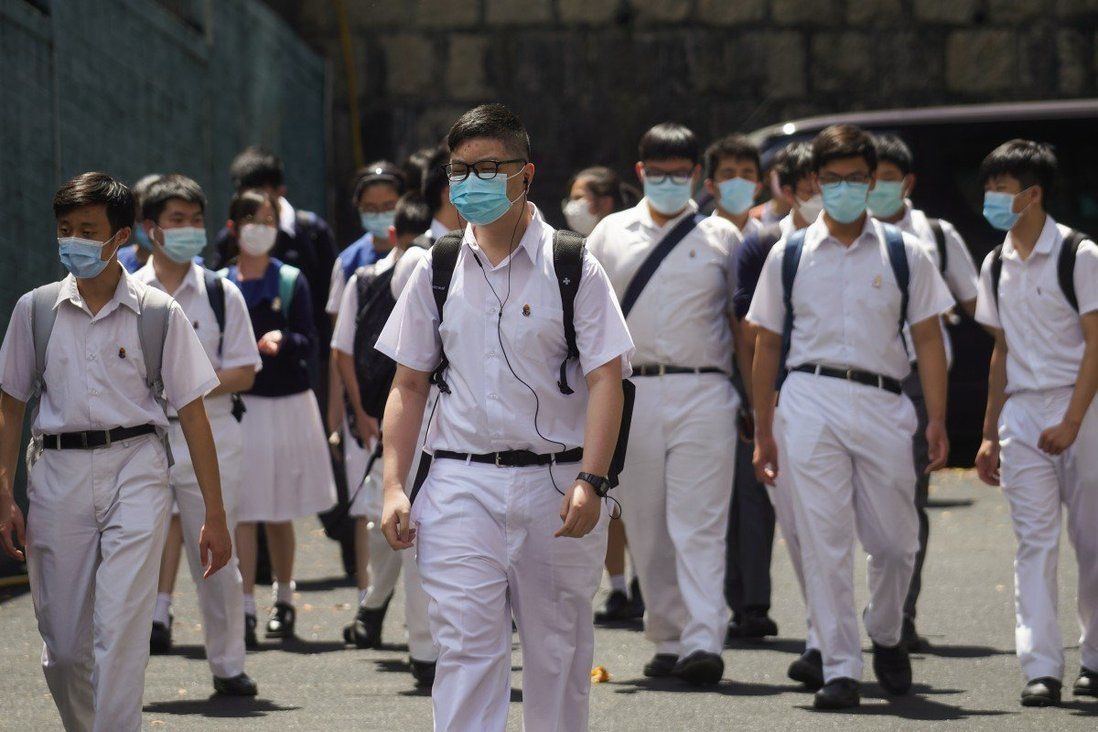 Thousands of pupils withdraw from school with many leaving Hong Kong, survey finds

Thousands of pupils have withdrawn from school over the past year with many departing Hong Kong, according to a survey by a teachers’ union, which found a quarter of institutions reported more than 20 of their students had left since September.

The Professional Teachers’ Union (PTU), which described the withdrawal figures as alarming, said contributing factors could include parents’ concerns over the Beijing-imposed national security law, which came into effect last June, as well as changes to the education scene such as an overhaul of the controversial liberal studies subject.

“The government needs to acknowledge and directly address this issue,” Fung Wai-wah, president of the pro-democracy PTU, one of the city’s major teachers’ unions, said on Wednesday.

The survey, which polled 183 primary and secondary schools this month, found that about 25 per cent, or 47 institutions, reflected more than 20 pupils withdrawing during the 2020-21 academic year.

More than 70 per cent of the schools also reported between one and 20 pupils dropping out. Just three schools said they had no students withdrawing. 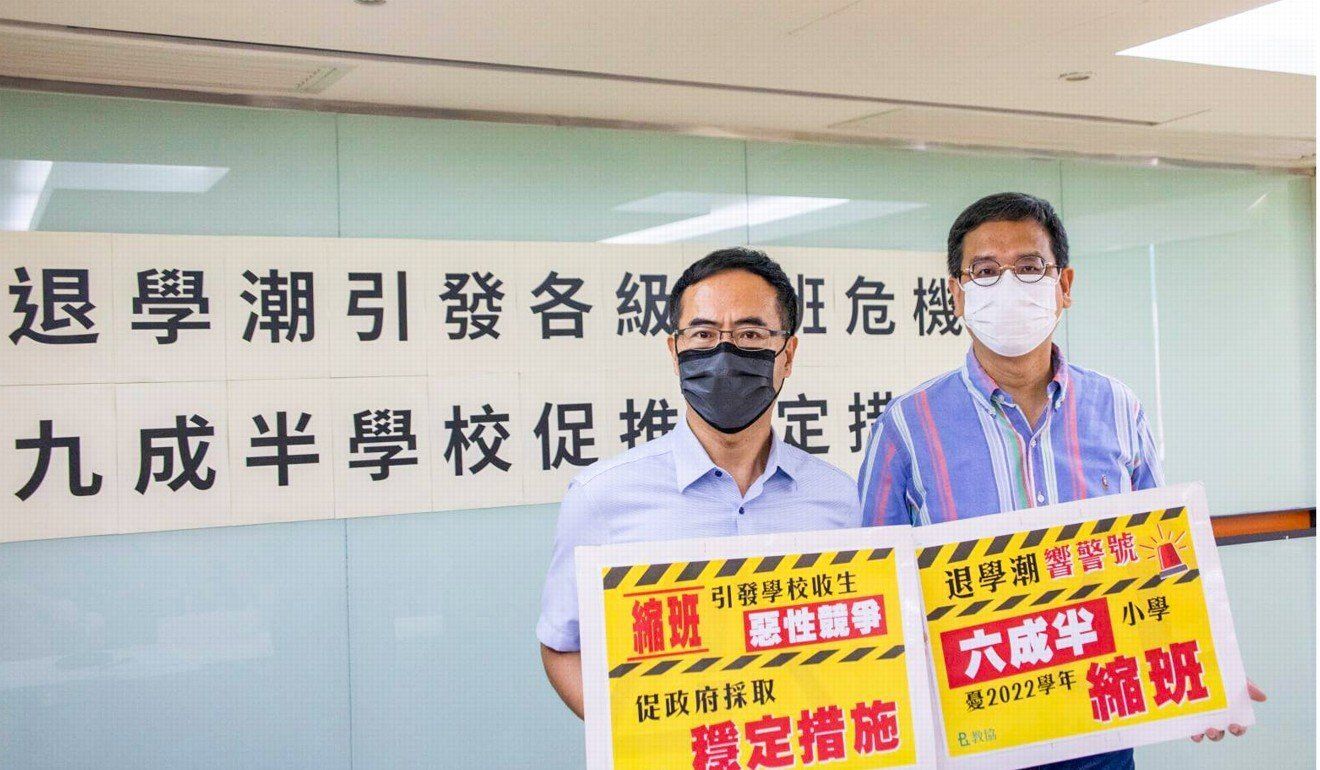 Officials from the Professional Teachers’€Union release the findings on Wednesday.

Ninety-six schools, or around 52 per cent, said about half or more of their students withdrew because they were emigrating or pursuing studies overseas, but the survey did not ask the institutions the reasons behind the pupils’ decisions to leave Hong Kong.

“We believe some reasons could include the increased challenges as well as political tension and interference faced by the education sector … The security law could be one of the reasons as well,” Fung said, adding the government should not “turn a blind eye to the issue” and look into increasing stability in the sector.

A Post analysis of data released by the Education Bureau last month found roughly 19,300 pupils, or about 3 per cent of the total student population, from about 1,100 primary and secondary schools dropped out in 2020-21, compared with about 10,400 the previous year.

The bureau’s statistics showed about 5,280 pupils withdrew from private and international schools, and 14,000 from local schools in 2020-21.

One teacher said fewer than 10 pupils withdrew from his secondary school during the academic year. The figure was a slight increase from last year, he said, with pupils’ reasons including emigration and moving to mainland China to continue their studies.

The security law, which came into effect last June and bans acts of subversion, secession, terrorism and collusion with foreign forces, raised concerns among many parents and teachers over shrinking academic freedom and prompted some to leave.

Education authorities released guidelines and frameworks about national security education in February covering aspects ranging from management to pupils’ behaviour, with students as young as six years old needing to learn about the four offences under the law.

Changes to the local education scene in recent months also included a revamp of the controversial liberal studies subject for senior secondary students with a new syllabus focusing on national security, lawfulness and patriotism. Meanwhile, top Beijing officials had highlighted the need for patriotic education for young people and “patriots governing Hong Kong” for educators.

Last September, a similar survey by the pro-establishment Federation of Education Workers found more than 13 per cent of 231 kindergarten and schools had seen more than 20 pupils withdrawing in the 2020-21 school year, with union leaders citing reasons including students who opted to further their studies on the mainland or overseas.

A bureau spokeswoman stressed it was “not abnormal” to see changes to pupil figures each year. Maintaining stability in the sector was “the common aspiration as well as responsibility of all stakeholders”, she added.