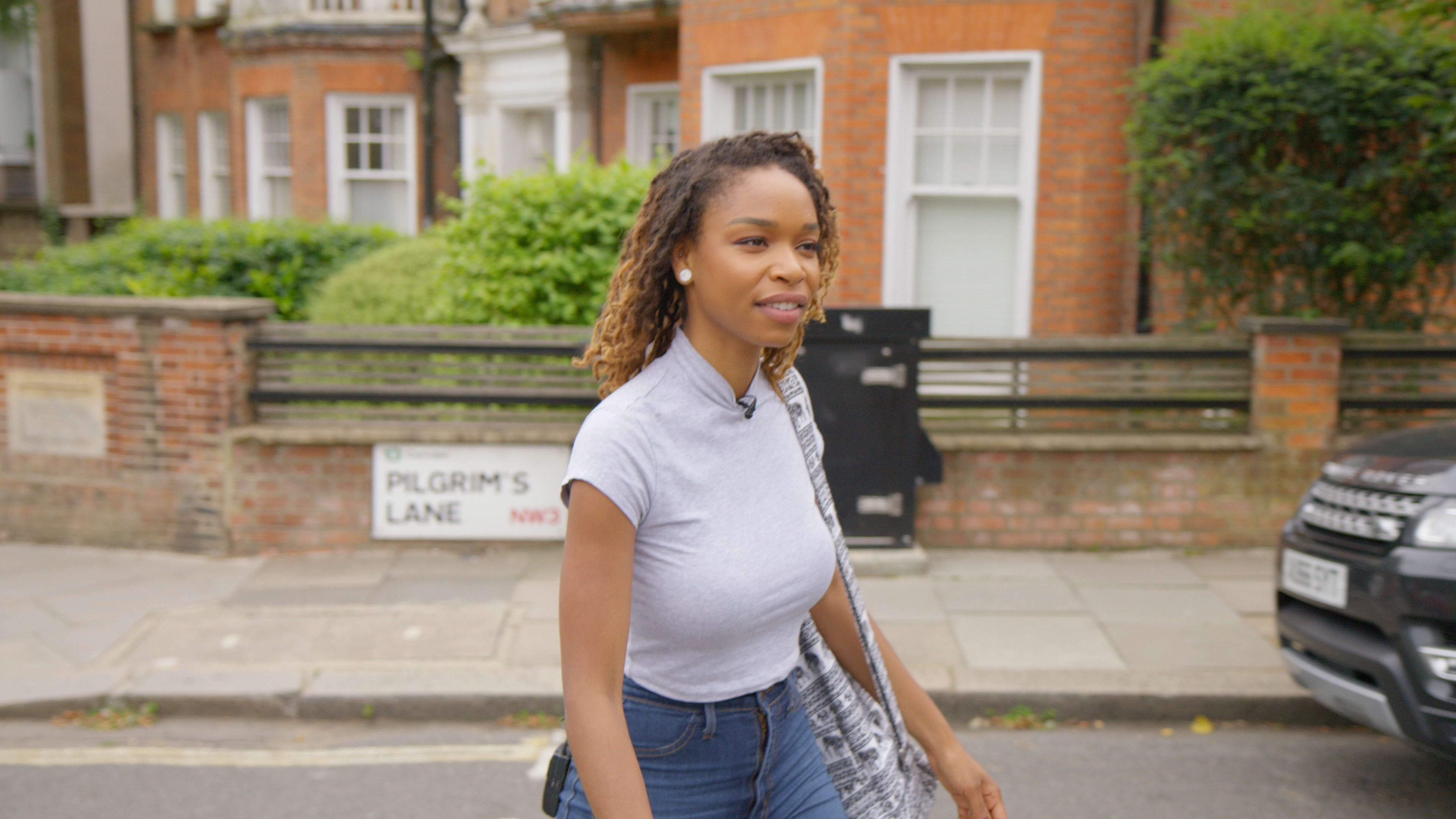 Imani Change, 28, works as a senior operations manager in London, England. This is how she earns and spends her money.

This story is part of CNBC Make It’s Millennial Money series, which profiles people around the world and details how they earn, spend and save their money.

Imani Change had a lifelong goal to live overseas. But she never imagined that within six months of moving to London from Baltimore, Maryland, in September 2019, she would find herself living and working abroad amid a pandemic.

For her, one of the hardest things about the coronavirus pandemic is being far away from loved ones, she tells CNBC Make It. It’s been even harder with travel restrictions limiting visits.

“It definitely has transformed a lot of our connections with Facetime calls, Zoom happy hours … just finding remote ways to connect with folks,” says Change.

Nevertheless, she says it was a “dream come true” when a work opportunity – along with a promotion and a generous salary – gave the 28-year-old the chance to move to London. She’s worked for the U.S.-based tech company for more than five years, but for a long time she thought a role like senior operations manager was unattainable as a Black woman.

“I didn’t really see people who looked like me doing this work,” Change says. “And so, it was really just figuring out how do I get there? How do I grow with not only my role but as a leader? And how do I help other people also move into these spaces that maybe they don’t see a lot of people who look like them?”

Now she’s one of the youngest senior operations managers for her company in Europe, earning around $227,000 a year. She is paid both a base salary and restricted stock units, so the payout varies depending on the value of the stock and the amount of stock she is awarded each year.

This might seem like an unfortunate time to relocate to a bustling city like London. Change had only lived there six months when the city virtually shut down because of the pandemic.

Thankfully, her apartment is near Hampstead Heath, the iconic London park that’s been featured in films such as “Notting Hill.” So when bars and restaurants temporarily closed as the U.K. went into lockdown, Change was still able to enjoy having the Heath just outside her doorstep.

“Even when the lockdown eased, it was a great place to catch up with friends and just share a drink with them in a safe place in the outdoors,” she says.

But it wasn’t easy to secure her two-floor, one-bedroom apartment: Change offered to pay 16 months’ rent ahead of time — a full 12 months’ rent up front and then after she’d lived there a month, an additional 4 months — in order to outbid other prospective tenants. This added up to over £34,000 (almost $44,000).

One of the reasons she was able to afford to pay so much is because her employer provided a generous relocation package to help with her move.

Change is quick to recommend that anyone moving abroad for a job think about the expenses involved and “keep that a part of your conversation when you’re negotiating your salary.”

“If there’s something that you need as a support, whether that be relocation funds, a bonus or something that at least supports that move, make sure you’re asking for that and really painting a picture of what you need to move without it being a huge [expense] to yourself,” she says.

Overall, Change has found living in London more expensive than Baltimore, even with saving on day-to-day expenses during lockdown, mainly since she doesn’t have roommates. In Baltimore, Change had a two-bedroom apartment and listed one of the rooms on Airbnb, which helped her offset the cost of the place. Living alone also means paying an entire council tax by herself. This is a U.K. tax for local services based on the area and type of property you live in that many opt to pay monthly.

Imani Change was encouraged by her parents to start saving for college at age 5.

Change was raised in Oak Park, Chicago, with two older sisters. Growing up, her dad, who is a banker, taught her about money management from a young age. He encouraged her to start saving half of her allowance for college at age 5. Her mom also made her a time sheet, so she only got allowance for the chores she completed. That helped instill in her the value of money and hard work, she says.

These lessons have continued into adulthood: Change says her dad emphasizes the importance of avoiding lifestyle creep and not spending more money as her salary increases. He encouraged her to have at least nine months’ worth of living expenses in an emergency fund and to avoid dipping into her investments.

Thanks to those early savings, as well as help from her parents and scholarships, she was able to graduate from college debt-free.

“I feel so fortunate that’s not something that I have to worry about in terms of the debt that I brought into my adult years,” Change says.

Change has a bachelor’s degree from Arizona State University’s W.P. Carey School of Business, which she says is one of the top business schools for studying supply chain management. And it was in a business fraternity at the school where she met friends who worked for her current employer, initially piquing her interest in the business.

Imani Change works as a senior operations manager for a tech company.

Change’s spending habits have changed due to the pandemic, as well as a result of relocating.

While she’s always been careful with her money, Change allows herself to splurge on one designer item a year, usually a handbag – her favorite is a classic Louis Vuitton print purse – spending around $3,000 to $4,000.

During the pandemic, she hasn’t added to her designer collection, but has found herself spending more money on games on her phone. She admits it might be a “little dorky,” but it’s kept her entertained while spending so much downtime in her apartment.

She spends about $15-$25 a month on games, confessing that she does get hooked in with in-app purchases, a habit she’s trying to curb. At the minute, she’s really into home design game ‘Redecor’ — “you basically feel like an interior decorator.”

Imani Change hopes to become a millionaire by 30 and a homeowner by 33.

The coronavirus pandemic and living abroad has also changed how much she spends on travel. When Change lived in the U.S., she would try to visit new places at least twice a year, including Berlin and Hong Kong. She also aimed to go on trips domestically once a month, to cities like Miami, Los Angeles and Las Vegas.

However, much of that travel budget and time is now spent on going back home to see loved ones. Most workers in the U.K. also get more than double the vacation allowance than in the U.S., typically around 25 days.

“It sounds like a wonderful thing, but it’s actually really hard to find time to use all of it,” Changes says. “Right now I’m trying to figure out how to use the time.”

How she budgets her money

Here’s a look at how Change spent her money in July 2020.

Change donates $583 to charity each month, including to The Aletheia Foundation, which makes films to draw attention to children living with issues such as poverty, AIDS and tuberculosis, with donations directed toward children featured in the documentaries. She also donates to bail funds for “protesters fighting for racial equality, and the YWCA which helps fight violence against women.”

Change still does a lot of her everyday spending on her U.S. credit card, as it has no foreign transaction fees and offers better rewards than cards she’s looked at in the U.K.

While Change is still settling into life in the U.K., she’s always planning for the future. One day, she wants to own a dog as well as live in New York City. She also wants to make a lot more money and help others like her achieve similar goals.

To achieve that goal, Change is looking for ways to make sure her money is working for her. And she’s launching a website called, Mo Money, No Problem, geared toward helping others achieve financial success.