A think tank has identified 2,000 hectares (4,942 acres) of land in northern Hong Kong suitable for development but which will require building two new highways and a rail line running from the urban centres to the border with mainland China to ensure easy access.

The proposal by Our Hong Kong Foundation came as the administration is expected to consult the public on building new transport networks to connect development areas in the New Territories with the urban core by the end of this year.

The infrastructure recommended by the think tank covers six locations with development potential in the northern and central parts of the New Territories. 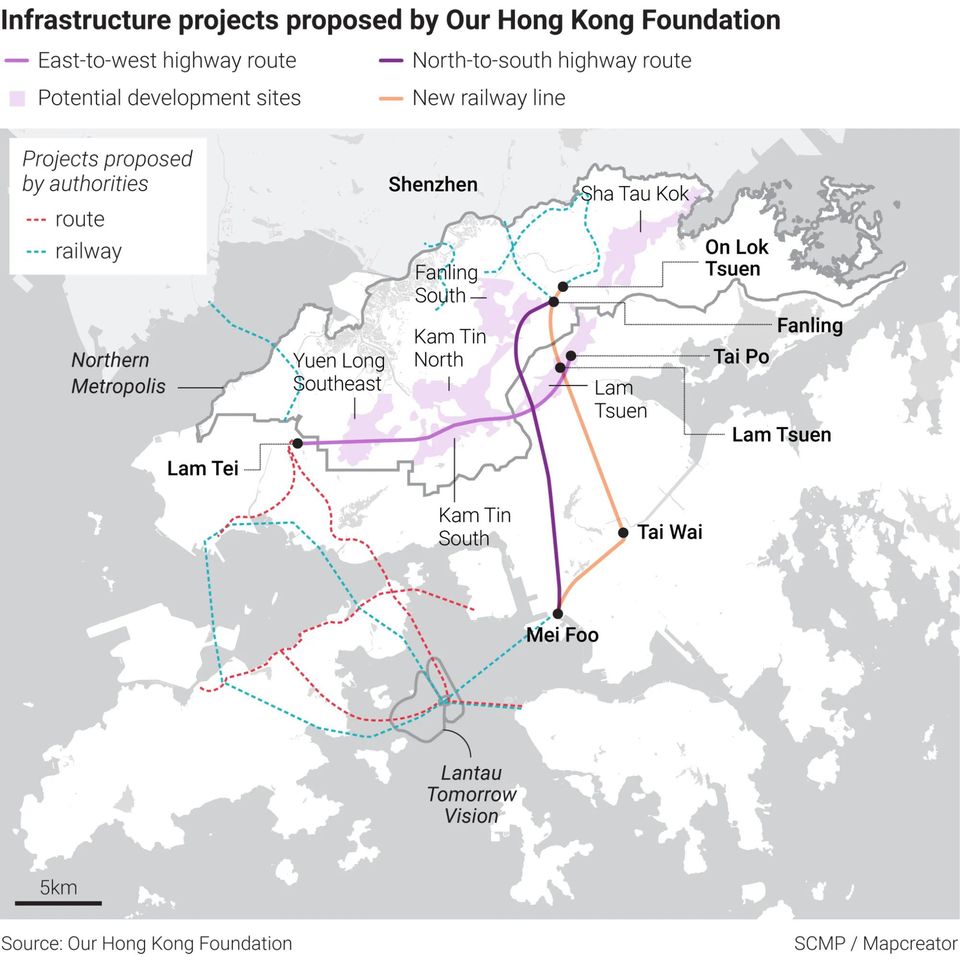 “These sites are not part of the country park and are mostly flat, being very suitable for development,” said Ryan Ip Man-ki, the group’s head of land and housing research. “They are not developed at the moment because infrastructure is insufficient. The proposed roads and railway can bring development and benefit the city.”

The six sites fall within the boundaries of the Northern Metropolis, a government project to create an IT hub and up to 186,000 homes near the border with mainland China.

Ip said the proposed infrastructure would connect the city’s cross-border checkpoints with the urban areas in Kowloon and Hong Kong Island, as well as a new metropolis planned under the government’s Lantau Tomorrow Vision.

The ambitious initiative involves the creation of a new urban area on man-made islands in waters off Lantau Island at an estimated cost of at least HK$624 billion (US$79.5 billion).

Under the plan, an 18km-highway would run from Tai Po in the New Territories to Lam Tei in Tuen Mun, which also connects with the Shenzhen Bay Port and Lantau Island.

A second expressway of the same length would cut through the city’s highest peak, Tai Mo Shan, to connect Fanling in the northern New Territories to Mei Foo in Kowloon, capitalising on an existing link to the Heung Yuen Wai control point.

The think tank also advised the creation of a new rail line running from Lam Tsuen in Tai Po to Tai Wai in Sha Tin, with a further extension incorporating a stop at Mei Foo.

The foundation added that the proposed route could complement the five railway government projects under the Northern Metropolis plan, and help ease traffic congestion along the existing line connecting the New Territories to Kowloon.

While the think tank said the projects raised in the study were technically feasible, it had yet to estimate the cost of developing the new transport networks. 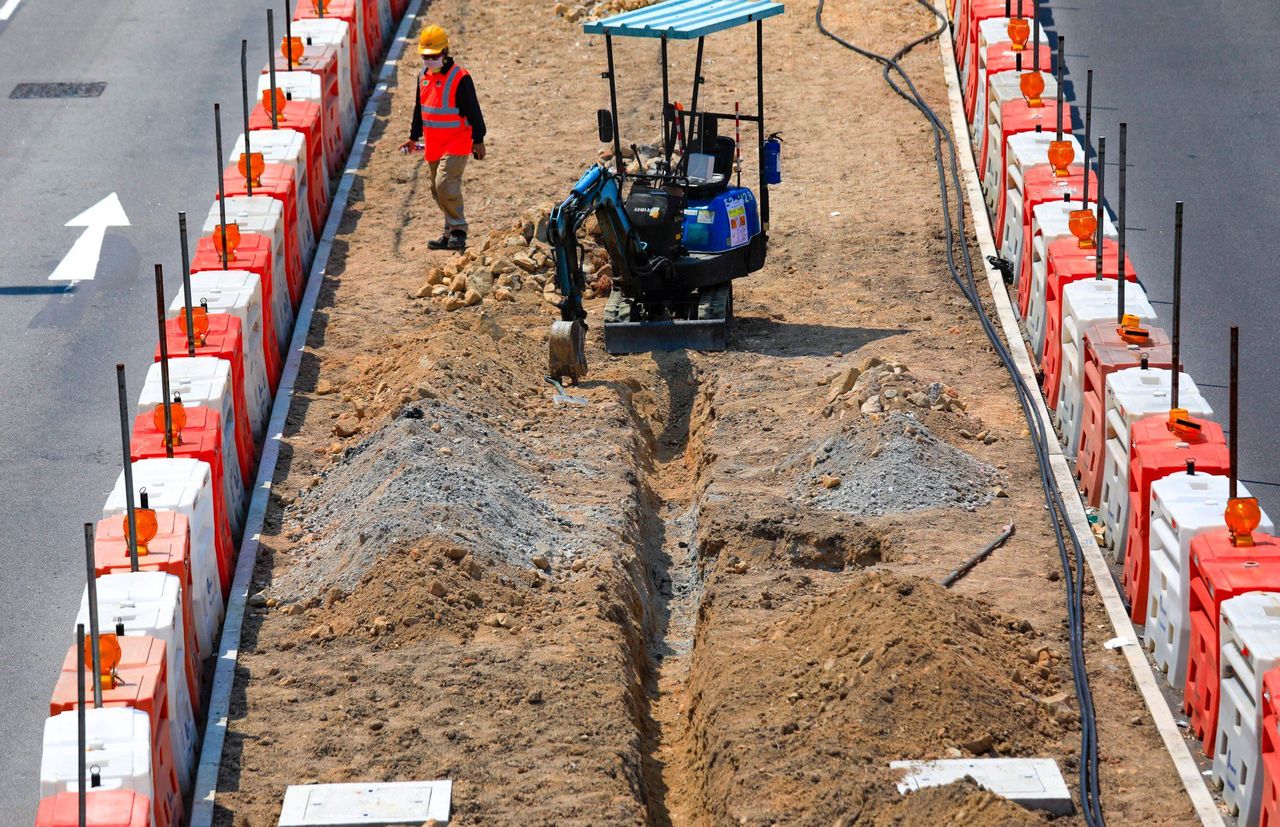 The two highway projects would connect urban centres in Kowloon and on Hong Kong Island to the border shared with mainland China.

But Ip urged the government to plan ahead for infrastructure projects, despite the Northern Metropolis and Lantau Tomorrow Vision initiatives both still being in their conceptual stages.

“If we wait for details to be finalised, the transport infrastructure will definitely lag behind. Similar to the past, people will move in before roads and railways are built. It is not ideal,” he said.

The think tank said it hoped its proposed routes could be finished in time for the expected completion of the two metropolis projects in the next 20 to 30 years.

The government under Chief Executive John Lee Ka-chiu had previously emphasised that it would prioritise the creation of transport links and other such infrastructure as part of its development strategies.

Secretary for Transport and Logistics Lam Sai-hung in July said authorities planned to consolidate the preliminary findings as officials were aiming to gather public opinion on developing transport links for the Northern Metropolis within this year.