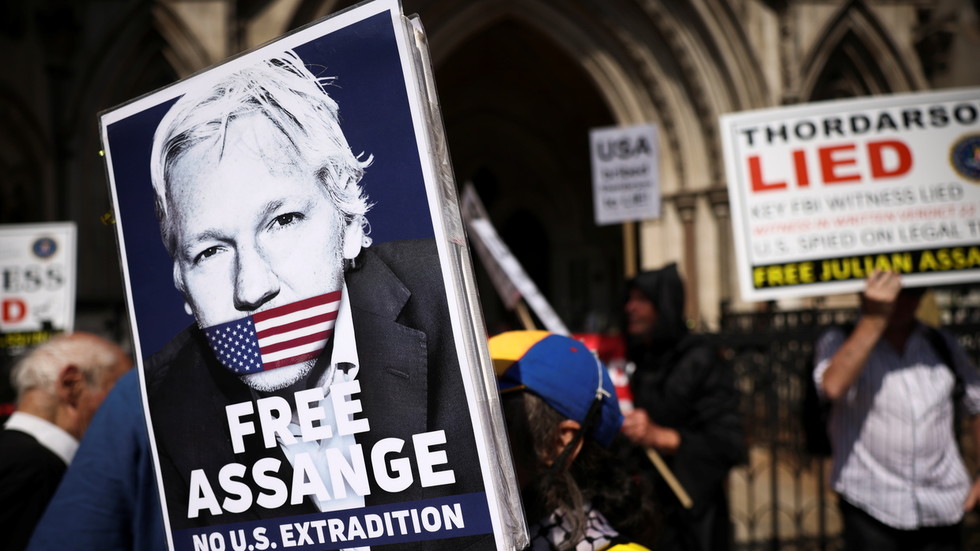 ‘They have to follow US orders’: Chomsky says ‘subservient’ Britain's involvement in US persecution of Assange is ‘scandalous’

Philosopher Noam Chomsky has condemned the UK’s part in the United States’ persecution of WikiLeaks founder Julian Assange, calling it the “ultimate in subservience” and a deliberate attempt at torture.

“The whole effort to punish Assange is grotesque,” said Chomsky during a Declassified UK interview this week, calling Washington’s attempt to extradite the jailed journalist “outrageous.”

Chomsky singled out the UK over its involvement however, declaring, “Britain’s participation in this has been scandalous.”

Assange has been imprisoned at the maximum security prison HMP Belmarsh since being hauled out of London’s Ecuadorian embassy more than two years ago.

Chomsky claimed that Assange’s treatment in the prison “amounts to torture,” and noted that the UN’s rapporteur on torture has already described it as such. The linguist and academic called the WikiLeaks founder’s imprisonment an “effort to destroy him” and argued that “people can’t survive that kind of thing.”

“Britain is doing it because they have to follow US orders. That’s the ultimate in subservience,” Chomsky said. “Even if we have to torture somebody, because you guys want to throw him into prison for life for having informed Americans of what they ought to know in the first place, we’re going to help torture him.”

Assange – an Australian citizen – has been accused of violating the US Espionage Act for leaking classified information and evidence of US war crimes, and if found guilty could be sentenced to 170 years in prison.

Chomsky concluded that though Assange’s imprisonment is “not the worst crime in history” since Britain is responsible for “far more crimes, worse crimes than that,” it’s still “a particularly ugly one” currently being committed.

In January, during an interview with RT, Chomsky said that “just as you can’t get the Republican mobs to admit that the election was lost, you can’t get liberal American intellectuals to recognize that the United States is a leading terrorist state.”

During the same month, a UK judge ruled that Assange could not be extradited to the US due to concerns over his deteriorating mental health and potential treatment in an American maximum-security prison. The US is appealing the decision.

Last year, a group of current and former world leaders called on UK Prime Minister Boris Johnson to release Assange and refuse the US’ extradition request.

The letter was signed by Argentinian President Alberto Fernandez and Venezuelan President Nicolas Maduro, along with former presidents and prime ministers of multiple other Latin American countries, as well as elected officials from the UK, Australia, Germany, Norway and other European states.