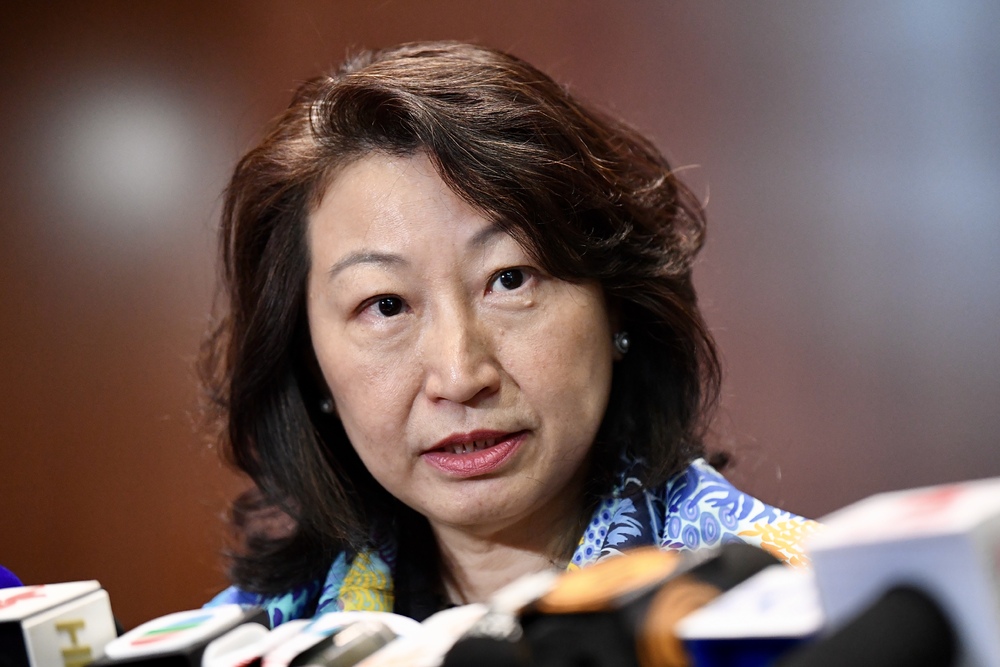 There will be legislation to ban doxxing, says Teresa Cheng

There will be legislation to ban doxxing, Secretary for Justice Teresa Cheng Yeuk-wah said.

There has been an injunction banning people from doxxing judges and judicial officers. Anyone who breaches the injunction risks imprisonment, she said, adding doxxing activities violate Hongkongers’ privacy rights and must be stopped.

“It falls upon each of us to join hands and condemn these actions so that the law and order that has been restored after the passing of the national security law is maintained, so that people are free to exercise their rights whilst respecting that of others,” Cheng said.

“All of us should jointly bear the responsibility to respect, promote and further the rule of law as a fundamental basis of our society,” she added.

Cheng said police officers and their families were targeted since the second half of 2019. Several police quarters were surrounded by protesters and serious harassment had been escalated to violent acts against the residents.

The court granted an injunction in October 2019 to restrain doxxing activities targeting the police, saying “there is a high risk that, unless restrained, the defendants will cause substantial harm and damage to the occupants of the quarters and to the quarters.”

Cheng said a large number of netizens have weaponized personal data against police officers and those with opposite political views. Some officers and their family members even received threatening letters, she added.

“It is noteworthy that the court expressed [that]… persons who commit such crimes are simply, and properly described as, ‘criminals’. Criminal activity does not cease to be criminal activity simply because the actor believes himself or herself to be acting for a particular, perhaps higher, cause,” Cheng said.

Although the court has issued injunctions to prevent doxxing activities, Cheng said some people still “blatantly violated these orders.”

Cheng stressed that contempt of court is a serious matter and it’s fundamental to the rule of law that court orders are made to be obeyed.

“Thus, the starting penalty for both civil and criminal contempt of court in breaching an injunction order is imprisonment, perhaps measured in months,” she said, adding the sentence should be a deterrent to the public.

Cheng warned that rights and freedoms “do not exist in a vacuum” and they come with responsibilities.

She added that there are proper channels to express one’s views legitimately and properly irrespective of a person’s political stance.
Add Comment