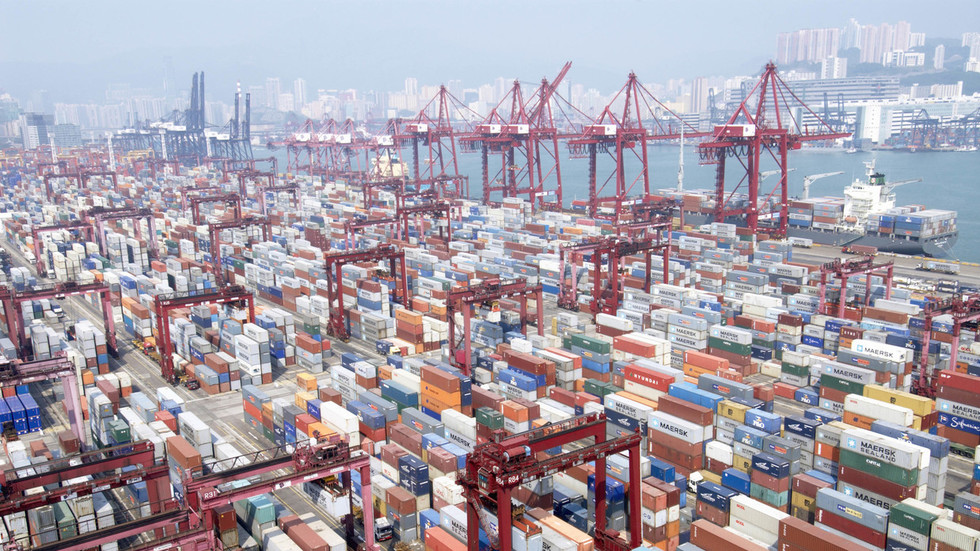 ​​With the coming of the new year, the Regional Comprehensive Economic Partnership (RCEP) trade agreement came into force. Signed at the end of 2020, and ratified by at least 10 of its parties through 2021, the deal constitutes the largest free trade agreement in history, spanning 30% of the world’s GDP and bringing China, Japan, South Korea, Australia, New Zealand, and the Association of Southeast Asian Nations (ASEAN) into one bloc, where members enjoy 90% of goods tariff free.

It is not surprising that China has been quick to herald the deal as a massive win for itself, coming at a time when the United States is advocating ‘decoupling’ from Beijing and adopting a protectionist stance.

Despite demanding it single-handedly dictates the future of the Asia-Pacific region, Washington finds itself sitting outside of the group. Even some of its closest allies, including Canberra and Tokyo, have just deepened their economic integration with China even further.

With China now also hoping to join the Comprehensive and Progressive Agreement for Trans-Pacific Partnership (CPTPP), America’s policy is undoubtedly crumbling under the weight of its own contradictions. Either way, there is nothing they can do to change the geographic reality that China sits at the heart of the region’s economy.

America’s present economic and foreign policy is primarily geared towards just one thing: China. At home, American politics has forged a consensus that Beijing is responsible for undermining the competitiveness of US industries and jobs through its growing dominance of global trade, which led to the ‘America First’ policies under Trump. These have included the weaponization of tariffs and the blacklisting of Chinese companies, as well as blanket opposition to free trade, save on America’s terms. Abroad, the United States concurrently fears the rise of Beijing as a rival power that will erode its global dominance, especially in Asia, which has led to its ‘Indo-Pacific strategy’.

The US wants to contain China by maintaining its longstanding military dominance over the region, beefing up its allies, and encircling its periphery. However, as it happens, the former priority staggeringly contradicts the second. America’s new found disdain for trade agreements and its keenness for protectionism extends far beyond the scope of just China alone, to a general disdain of free trade in principle, be it with friend or foe. ‘America First’ is the ruling logic of the day. Therefore, any agreement which may result in US jobs going abroad is opposed as a non-starter and would never make it past Congress.

Why is this a strategic problem? Because it means America’s capacity to integrate itself with other countries to ‘compete’ with China on an economic level and provide itself as an alternative is limited. The United States has already decided that it effectively cannot win on a free trade playing field, which is why in turn its attempts to counter China economically are almost exclusively of a bad faith initiative (i.e., using claims of forced labor to ban products from Xinjiang), meaning in Asia, the US has very limited economic cards to play. It is demanding that it dominate and be at the strategic center of the region, as opposed to Beijing, and that countries take sides with them, yet is not prepared to offer any serious incentives to do so.

The contrast in Beijing’s actions only deepens the problem. Beijing over the past few years has framed itself as a champion, advocate, and defender of a multilateral trading system against protectionism, and in turn sought to hasten its trade agreements as a means to hedge against Washington’s attempts to block its development and to drive further wedges between the US and its allies.

Thus, while the US has advocated its exclusionary policy of opposition to free trade, China has accelerated its enthusiasm for it, using its own market advantages as a bargaining chip. The US is closing itself down to trade, but China is opening up to more.

As a result, whilst the new RPEC agreement is at heart an ASEAN-led initiative, China focused its diplomatic energy on forcing the deal through by the end of 2020 and ensuring it didn’t collapse after India’s withdrawal (which also advocates protectionism). Now, Beijing reaps the reward of having created the world’s largest trading bloc which the US is not a part of.

It’s a strategic disaster for America, especially since the Obama administration originally created the Trans-Pacific Partnership precisely with the goal of countering China, only for Trump to subsequently walk away from it. The US can see its mistake but can do little about it, hence the Biden administration is proposing something called the ‘Indo-Pacific Economic Framework’. This, however, is bizarre; it is not related to trade and instead involves an attempt by the US to set the economic ‘rules’ of a region which it is not even willing to integrate itself with. For most countries, this is a non-starter.

This only reveals the hubris circulating in Washington. The US has no grasp of the reality that China is the economic heart of the Asia-Pacific region and that the US, 6,000 miles across the Pacific, cannot feasibly change that; even its own allies are becoming more integrated with China, whether Washington likes it or not.

Despite all the tensions and hostility between China and Australia, the two nations are integrating closer, not drifting further apart. On the very first day of the deal coming into effect, Chinese businesses were welcoming new imports from Japan they hadn’t considered before.

It is no surprise on that note that China sees RCEP as a strategic boon, allowing the entire region to become more reliant upon itself, deepening market and supply chain integration, and thus allowing Beijing to become less vulnerable to economic attacks from the United States. What is more good news for Beijing is that RCEP hasn’t reached its ceiling yet in potential size. Bangladesh is looking to join the bloc, and other economies in the regional proximity, such as Pakistan and Sri Lanka, could too, or countries in East Africa.

Ultimately, it places China in the global “economic driving seat” and brings the world closer to what Xi Jinping has described as a “community of shared future for mankind” – referring to globalization, multilateralism, and economic integration.

China sees itself becoming more prominent in the global economy, trading more and using its giant market, while the US has decided to sit on the sidelines, engage in sabotage, cry foul, and still demand it should be able to dictate the flow of the game it refuses to play in. Who do you think is going to come out of all this best?
Add Comment