Am I a better or worse mother because I work? That is a question never far from any working mother’s mind.

Now that my children are both at school (they are four and 10) I would say it’s better that I’m working. I have always wanted and needed to work. But if I could have looked after my children full-time before they started school, would that have been a wonderful thing for them? I think it would.

Which is why I’ve always felt slightly adrift from the metropolitan weltanschauung that wrap-around nursery childcare should be a right for parents as soon as they want to go to work.

Successive governments over the past 30 years have been hysterical and unremitting in their drive to get women back into the workplace after having children, separating mothers from their children at an ever-younger age for ever-increasing hours, the gist being that they will offer women all sorts of benefits and subsidies for childcare, as long as they pay someone else to do it.

This is clearly attractive to the Treasury — these women, and the people employed to look after their children, all pay tax. But ONS figures show that 77 per cent of mothers who are staying at home to look after children don’t want to find paid work, which should make us question the constant drive to get mothers into the workplace.

Frank Young’s excellent report for Civitas argues that we have been getting childcare policy the wrong way round in this country for some time. His report calls on ministers to allow parents to front-load their child benefit entitlement — enabling parents to squeeze 18 years of payments into three or four. Adding in other tax incentives and subsidies and parents could receive £8,000 a year and spend it how they choose.

And this is not just about the parents.

No political party is prepared to acknowledge it but there is a lot of research that shows that very young children benefit from secure attachment to a primary care giver and there are potential harms associated with long-term institutional care.

While there is little evidence that this benefits children’s development, there is substantial evidence that children in nurseries, particularly in poor-quality ones, have persistently higher levels of cortisol (a stress hormone) than children at home. A recent assessment of scientific evidence found that long periods spent in a formal childcare setting before the age of three provides few cognitive advantages for most children and makes children “more likely to misbehave and be angry once they reach school.”

The motherhood and career conundrum isn’t easy for women. The UK has the second most expensive childcare in the OECD, and it’s rising.

In many cases, during those early years, it doesn’t pay to work, while mothers who don’t, pay a heavy price in terms of career progression, salary and pension.

There are no easy choices, but the current system doesn’t seem to be working for anyone. 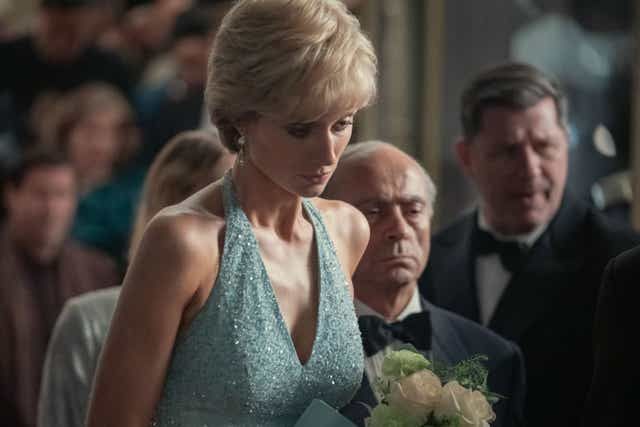 Elizabeth Debicki as Diana in The Crown

The fifth series of the Crown starts tomorrow night and I for one could not be more excited. It has also been so enjoyable to witness all the luvvies clutching their pearls about the show as it melds fact and fiction, with Judi Dench calling it ‘cruelly unjust’ and ‘crude sensationalism’. I don’t remember any of them complaining when a similar dose of artistic licence was given to the real-life Fred West victims in the gripping dramas Responsible Adult or the The Moorside about Shannon Matthews.

Adding to the difficult ethical gymnastics in condemning the Crown is the fact that Mike Tindall is currently (why, and who signed that off?) parading himself on I’m a Celebrity and Harry is of course on the Netflix payroll.

From Princess Margaret’s acerbic one-liners and self-destructive carousing to the Queen’s hilarious asides and Prince Philip’s laconic wit, the show has actually made me more of a fan of the royals.