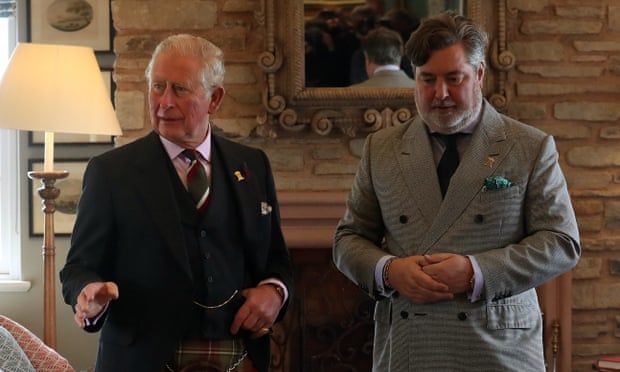 The prince, his valet and a Saudi billionaire: meritocracy in action

Poor HRH. Why must misfortune dog him, when his only crime is a passion for lovely things paid for by other people?

One of my favourite modern curiosities is the “diversity and inclusion” page on the official website of the British royal family. “We are proud to champion diversity throughout the organisation,” this auto-satirical cri de coeur runs. “We employ and reward the very best talent, regardless of gender, race, ethnic or national origin, disability, religion, sexual orientation or age. And that’s how we seek out future potential too, recruiting from the widest available pool. Our approach to recruitment and selection is fair, open and based purely on merit.”

On what, sorry? If your reflexive response to this is to cackle “BUT YOU’RE LITERALLY A HEREDITARY MONARCHY, YOU MAD BASTARDS”, then please: just relax. Simply allow the sentiment to splash on to you, like royal urine into a sample bottle that a valet is holding, and realise that we live in times where “diversity” can mean whatever the firm talking about it wants it to mean. In this case, a commitment to getting more black servants. (You may recall that the House of Windsor did have one mixed-race senior manager, but she and her husband left the organisation last year to take up a position with Netflix.) So yes, it doesn’t matter that this “firm” is one where – by law – you only get the big jobs because of who your parents are. As for that bit about “recruiting from the widest available pool”, you should simply read it as a reference to having made a mildly concerted effort to finally stop interbreeding with their cousins. “We would never want a certain type,” this advanced bollocks insists. “The key is to be individual and different.”

Which brings us to Michael Fawcett, Prince Charles’s longtime closest aide, who has been accused of being involved in flogging a CBE and the promise of a knighthood and citizenship to a Saudi billionaire who paid £1.5m for some windows and woods and whatnot in a couple of the Prince of Wales’s Scottish residences. Charles himself presented the CBE to Mahfouz Marei Mubarak bin Mahfouz in a private ceremony, presumably under the strong impression that he was gilding the Saudi billionaire purely on merit. Mahfouz, by the way, denies any wrongdoing. Indeed, according to Clarence House this morning, even Prince Charles has “no knowledge” of this scandal. Doesn’t he read the papers? Maybe it’s one of Fawcett’s many eclectic responsibilities to read them to him.

Fawcett, I note, has “temporarily stepped down” from whichever confected role he currently occupies. Do believe that it will be temporary, because history shows us that whenever Michael steps down – as he has twice previously, following allegations of bullying and for fencing royal gifts (an internal inquiry cleared him of financial misconduct) – a way is always found for him to step right back up. Famously, Charles attaches indispensable qualities to the man who used to squeeze toothpaste on his toothbrush for him. That’s actually not a euphemism, though I seem to remember people at one time thought it was. (It was Fawcett who once held Charles’s urine sample pot for him too, after HRH had hurt his arm by lifting a finger or something.)

At the time of these donations, Fawcett was working to secure funding for Dumfries House, for which Charles also pantingly accepted the loan of 17 paintings, apparently valued at £217m, from a sublebrity gold bullion dealer. Charles has already raised more than £45m on turning Dumfries into his charity headquarters. The prince wrote to this donor that the paintings would “provide us with much-needed security as an asset for the charity if things ever get tough”. What’s not to love about the idea that royal financial security is “much-needed”, or indeed about the notion that it was best Charles enjoyed the paintings for now, keeping them in his back pocket in case “things ever get tough” for his charity.

And now this. Poor HRH. Why must misfortune dog him, when his only crime is a passion for lovely things paid for by other people? Albeit for huge amounts of them. I say his only crime – Fawcett and Charles have this week been reported to police by Republic, the anti-monarchy activists, for suspected breach of the Honours (Prevention of Abuses) Act 1925, so we shall see where that goes.

Just kidding! Arguably, the two best things going for Prince Charles these days are that he’s not Prince Andrew (who associated with a known paedophile and is accused of worse); and that his institution is under constant criticism from Prince Harry and Meghan (who many people seem to despise even more than paedophiles). Ultimately, nothing very bad will happen to Charles while his mother remains alive. I’m sure he’ll become king “purely on merit”. But after that … well, one can’t help feeling all bets are off for Charles III, for whom the waters of the talent pool look increasingly choppy.
Add Comment