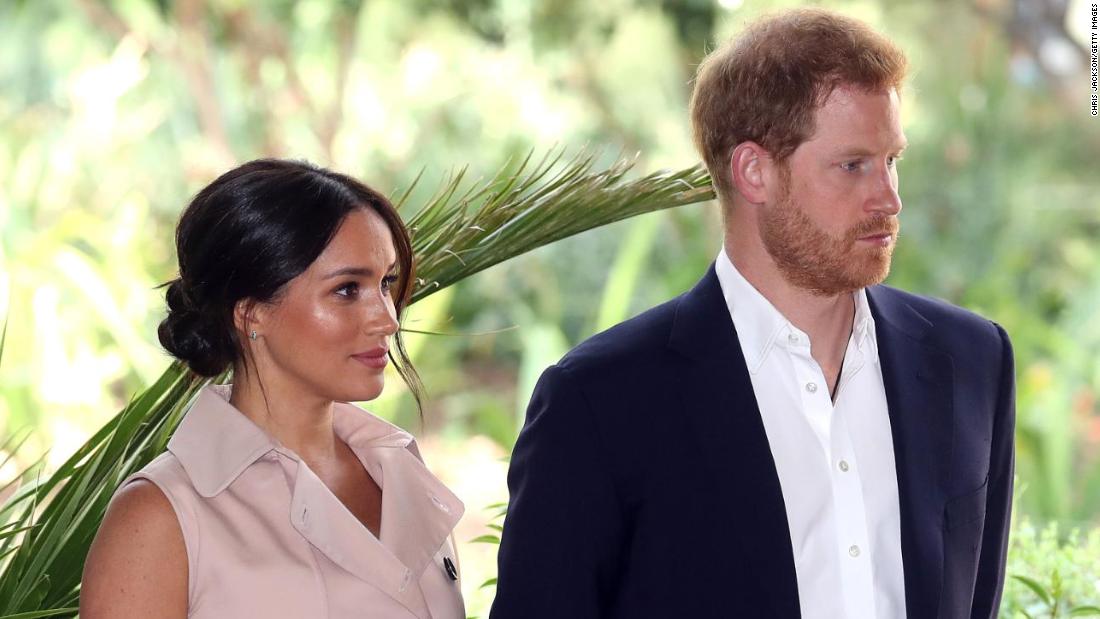 When the Duke and Duchess of Sussex announced the birth of their second child -- a daughter -- on Sunday, the couple also revealed her name: Lilibet 'Lili' Diana Mountbatten-Windsor.

As with many names in the British royal family, it honors those who came before and pays tribute to not one but two women of particular importance to Prince Harry.

The name Lilibet might seem a little unusual at first glance but it is steeped in significance. The unusual moniker is a sweet tribute to the reigning monarch, as it's actually Queen Elizabeth's nickname within the family.

It stems from her childhood when the then-princess was unable to properly pronounce her own name. Her grandfather, King George V, would affectionately imitate her attempts and the name stuck.

The Queen's husband Prince Philip, who died in April, also reportedly referred to his wife by her childhood pet name. When the Queen's mother died in 2002, her coffin held a single wreath from the monarch with a card signed, "In loving memory, Lilibet."

The Sussexes' daughter -- who is the monarch's 11th great-grandchild and eighth in line to the throne -- will, however, be known as Lili. It's a playful way of modernizing the family name but is also a variation of the name of a flower. Of Greek origin, the name Lily is often used as a nickname for those named Lilian or Elizabeth. The lily is a symbol of purity in Christianity, according to BabyCenter.com. 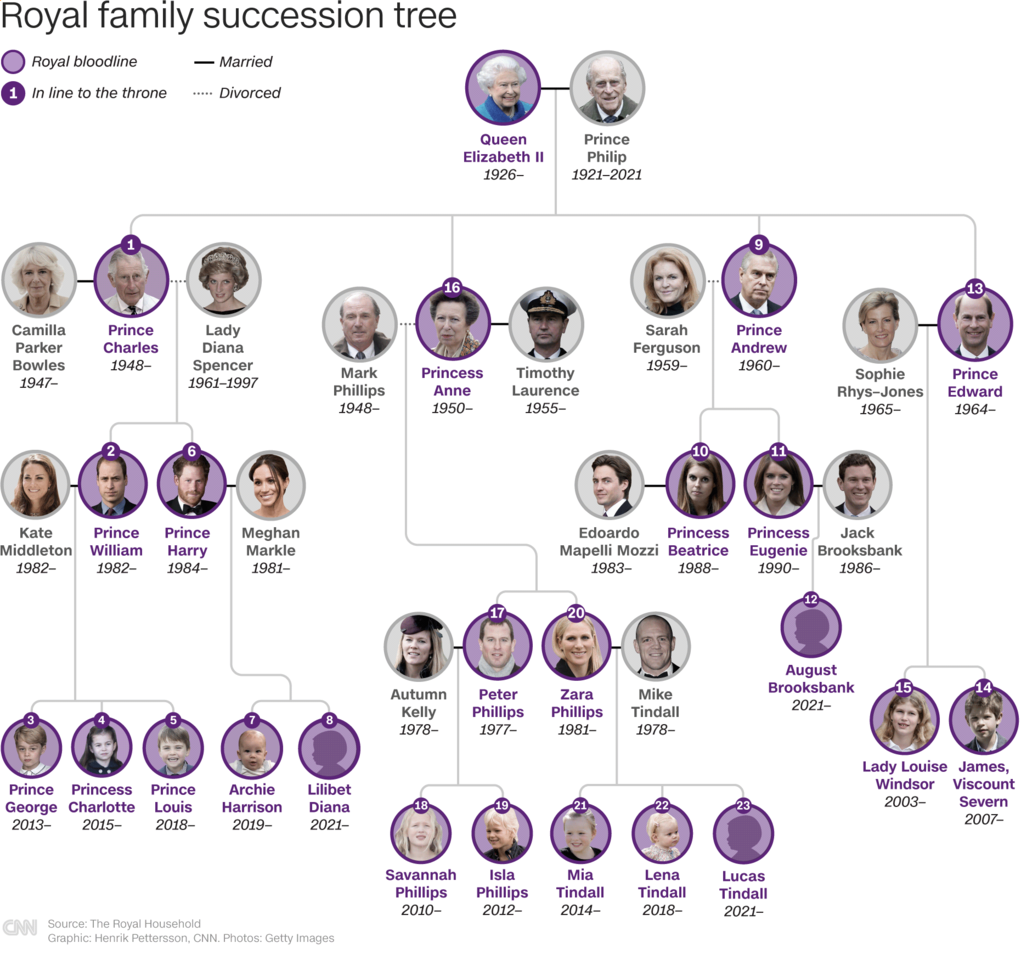 Baby Lili's second name, Diana, was selected "to honor her beloved late grandmother, The Princess of Wales," the couple revealed in the birth announcement.

Diana was killed in a 1997 car crash in Paris when Harry was just 12 years old. This year would have marked her 60th birthday. Harry has spoken repeatedly about the impact his mother's death had on his mental health.

Throughout their marriage, the Sussexes have consistently invoked Diana's memory.

During their spectacular wedding ceremony three years ago, the couple went to great lengths to ensure her presence was felt on the day. The bride's bouquet included white forget-me-nots (Diana's favorite flowers), while Diana's sister, Lady Jane Fellowes, delivered the first lay address. Her other siblings also attended the ceremony.

More recently in the couple's tell-all interview with Oprah Winfrey, Meghan wore a diamond tennis bracelet previously owned by her late mother-in-law. Harry told Winfrey his mother would have been "very sad" about the couple's decision to step back from the royal family.

"I think she would feel very angry with how this has panned out, and very sad. But ultimately, all she'd ever want is for us to be happy," he said, adding that he "felt her presence throughout this whole process."

The name Diana itself is Latin in origin and means divine, according to BabyCenter.com.

Baby Lili is not the first royal child whose name honors both the 95-year-old monarch and the late Princess of Wales. Harry's older brother William and his wife, Kate, previously paid tribute to both sides of the family when they named their only daughter, Princess Charlotte Elizabeth Diana.

The surname Mountbatten-Windsor is the personal family name used by many members of the royal family. It is a combination of the Queen's surname -- Windsor -- and Prince Philip's family name. He adopted the Mountbatten surname -- an English translation of his mother's maiden name -- when he became a naturalized British citizen in 1947.

Much was being made over the symbolism behind the names in British media on Monday. The Times of London reported that Harry had spoken to his grandmother before the announcement to let her know that her newest great-grandchild would be named in her honor.

Meanwhile some outlets are speculating whether the choice of name was a gesture from the couple amid the recent family turmoil. Harry and Meghan stepped back as senior working royals last year and have since relocated to the US. Relations with the family back in the UK took another hit recently when
Prince Harry discussed being caught in a cycle of "pain and suffering" as a result of his royal upbringing.

Roya Nikkah, royal editor at The Sunday Times, told the BBC's Radio 4 Today program, that the decision to acknowledge the Queen was not "hugely surprising" but the choice of to use her childhood nickname was "a step further."

"Lilibet is sort of a step further -- it's that very intimate name that the Queen has used since she was very little. And I think for me, I thought as many of us did, this is perhaps a diplomatic olive branch offered to the royal family after what's been a very difficult, fractious year between Harry and Meghan and the rest of the family."

Nikkah continued, "There is something very special and intimate about Lilibet and despite the bombs that have dropped from across the pond over the past year, the Queen has constantly come out with statements from Buckingham Palace saying 'whatever happens Harry, Meghan and Archie are much-loved members of my family' and I think by choosing this very personal name to Her Majesty, Harry and Meghan are very keen to show that they have love and respect for her and that love is reciprocated."

Baby Lili isn't the only Sussex to be given an unorthodox name that balances innovation and tradition. Hours after his birth in 2019, Harry and Meghan revealed their son's name -- Archie Harrison. There was no precedent in the royal family tree -- CNN's royal correspondent Max Foster revealed that they simply picked "a name they loved."

"What they are very much doing is reflecting their generation. They are not looking to history, they are looking to now," he said at the time.
Under rules laid out by George V in the 1917 Letters Patent, neither Lili nor her brother are yet eligible to use HRH titles. However, this will change when their grandfather Charles ascends to the throne.