Following mass layoffs, workers are taking to social media to write long goodbyes praising companies who have just let them go. Why?

In late 2022, Singh’s job was axed during a wave of large-scale Big Tech layoffs.

“I hated how my employer handled it,” says the New York-based software developer. “They received praise for large severance packages, but the process on who was let go was very unfair. And the messaging was terrible: the layoffs were leaked beforehand, yet they didn’t make it public that high performers also lost their jobs.”

Singh’s frustrations were compounded by the fact that he believed his job was relatively safe, especially since he’d never been informed of any performance problem. Plus, as an Indian expatriate on a US work visa, he had just 60 days to find a new role.
As thousands of colleagues began posting about their layoffs on LinkedIn, Singh followed suit. But despite his consternation at losing his job, and the dread of possibly having to leave the country as a result, the tone of his short message was upbeat and magnanimous. He wrote that although his journey ended prematurely, he agreed with his other colleagues who were gushing on social media that his now-former employer offered “everything” anyone could want from a workplace. After thanking his ex-teammates, he concluded the post with a line that he was available for work, alongside a picture of his work ID badge.

Singh sounded anything but bitter about the situation – exactly what he’d intended. “I worked for a social-media company: I know what you post lasts forever,” he says. “There’s no upside in writing anything negative about anyone.”

Singh’s LinkedIn post was met with supportive comments from former colleagues who were writing similarly praiseful posts, and his message was seen, sent and shared among recruiters who contacted him about vacancies. “I received my layoff letter at 0600,” he says. “By 0700, I’d updated my LinkedIn status. By 0800, I was speaking to recruiters.”

It's early in 2023, but new layoffs are already hitting. And with the lingering predictions of an economic downturn and recession continuing to threaten businesses, there may be more to come. This may also mean more goodbye posts in which workers wax poetic about employers that have just dispassionately cut their jobs. While these messages may contain genuine sentiments, of course, they can also be performative and strategic: serving an important function in displaying a worker’s employability and adaptability.

After an initial wave of layoffs at the beginning of the pandemic, many companies rushed to hire new workers, rapidly expanding their teams.

Recently, however, a market slowdown has caused firms to pause recruitment, particularly in technology, where several start-ups and high-growth companies have implemented hiring freezes and, in some cases, even rescinded job offers. In late 2022, some companies also turned to layoffs. Among these were a swath of high-profile cut sat Big Tech firms as well as sectors including finance, retail and media. This may continue, too, as job cuts have already begun spilling into the new year. 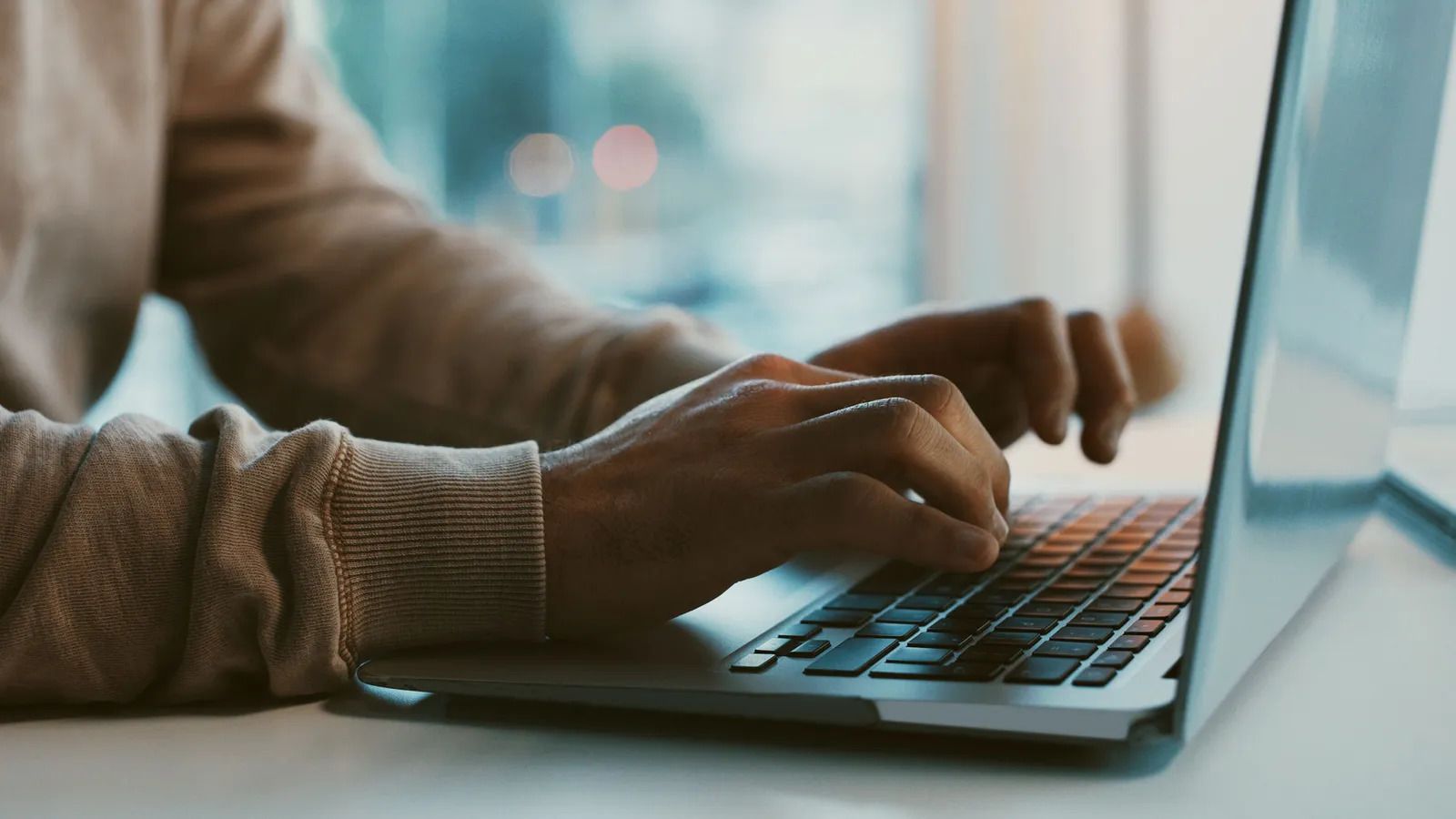 Expert advice says it can be strategic to post an effusive goodbye to a former employer, no matter how you feel about the layoff
Amid these cuts, workers like Singh have become part of a trend: epic farewell LinkedIn posts. In these messages, departing employees pay tribute to their former employer and colleagues, thanking them for the opportunity, often blaming external forces for their decision.

In part, these posts are appearing from workers who genuinely feel they had a positive experience with the company, and understand the layoffs.

“I was at my company for seven-and-a-half years – I grew up there,” says Aleana, a Big Tech partnerships manager, based in Los Angeles. “I really wasn’t sure how I was going to break the news, so it felt like a good way of expressing my gratitude, letting people know what was happening, and putting myself out there for new opportunities.”

Still, she says, as sincere as she was, she felt pressure to swiftly publish the post – even though she was still coming to terms with the news. “I was in shock, and having a really hard time processing the whole situation,” explains Aleana. She says another laid-off colleague encouraged her to write the missive. “A mentor of theirs recommended posting something, even if it might not feel right. They ended up posting the same day and had an outpouring of support from her network – I wrote mine the next day.”

Indeed, others who feel conflicted or are experiencing trauma – including resentment for their former employer or colleagues who remain – are also writing these effusive messages.

It’s a strategic move, no matter an employee’s true feelings, agrees Grace Lordan, associate professor in behavioural science at the London School of Economics. She says the language workers use typically casts the layoff as a ‘learning experience’ that’s part of a broader ‘journey’ in their career. “These posts signal that the person loves change and won’t complain about corporate decisions,” she says. “They also detail the worker’s skills, experience and, crucially, where they’ve worked. It’s essentially a publicly available CV and cover letter: letting everyone know you’re available, adaptable and highly employable.”

These posts are more common among the biggest firms, adds Lordan. “We see it among workers who’ve been laid off by the megastars within sectors: prestigious companies that reflect well on the individual; being associated with the name, even in a layoff, boosts employability. If you’ve been let go by a much smaller company, you’re less likely to draw attention to their name in a public post.”

I didn’t want to write something that I’d end up regretting. You learn to never burn bridges – Singh

As grating as it was for Singh to pay deference to his former employer, he acknowledges his LinkedIn goodbye message was a means to an end. Even though he disagreed with how the layoffs were handled, he knew that announcing he was available for work, while putting on a brave face, would boost his job prospects. “I didn’t want to write something that I’d end up regretting,” he says. “You learn to never burn bridges – Big Tech is a small world.”

‘Networking is the name and the game’

These emotional farewells can provide laid-off workers some support and a degree of closure. “I didn’t automatically think of LinkedIn: I wasn’t very active on the platform because I was secure in my job,” says Aleana. “But writing it was a cathartic experience. It was a way of saying, ‘OK, pick yourself up and do something healthy and productive even if it doesn’t feel right – it’s time to rip the Band-Aid.”

The emotional catharsis of a LinkedIn goodbye post also serves a practical purpose. “It’s a really easy way of letting people know what’s happening with you professionally,” says Aleana, who is now starting a freelance business. “You can say you’re unemployed and that it wasn’t your fault. The community responds to that, people take sympathy and want to help – networking is the name of the game.”

This is particularly crucial for workers like Singh, who face a race to find their next job. “These posts are more salient for those on work visas,” says Lordan. “It becomes emotional: people are more likely to share the post, and a recruiter might be more willing to reach out if they can offer a job that means a worker won't have to leave the country.”

Regardless of how a laid off worker feels about their former employer, it makes sound strategic sense to position themselves as available for their next job – all while appearing to be the consummate team player. Such is the power of the social media farewell post, says Lordan. “People play the game in corporate life: it reflects well on the individual, and shows they’re adaptable. And, in a competitive industry, it’s another way of gaining exposure. It's rare that the news will be received negatively – they’ll often just be shares and positive comments.”

The tactic worked for Singh: he’s now busy arranging interviews with recruiters, he says. “I have a strong profile, so my inbox has been buzzing.”