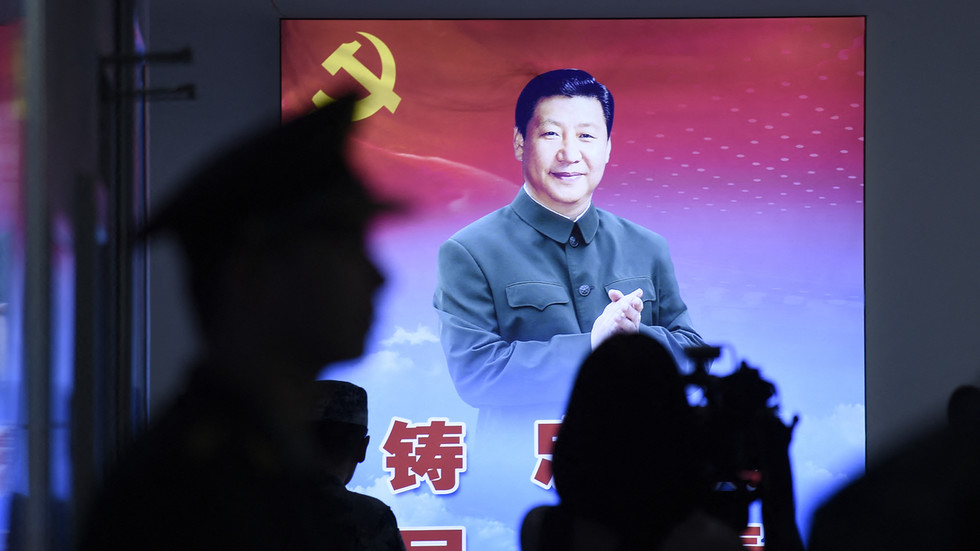 The cynical hypocrisy of the world’s No1 propagandist: US pledges $300mn to fund massive global anti-China media machine

Chinese- and Russian-funded journalism is ‘disinformation,’ but when Washington spends millions on ‘independent’ news outlets and buying journalists to get favourable coverage of its policies, it’s called ‘spreading information.’

The US Senate last week passed a bumper anti-China bill titled the “Strategic Competition Act”. Backed by Chuck Schumer (Dem - New York) as one of his biggest priorities since becoming the Majority leader, the 270+ page document contains scores of recommendations and provisions on formalizing America’s “geopolitical competition” against Beijing, including in the fields of military, diplomacy, technology, trade and more. There’s little question it will be passed into law, having already cleared the Senate and with the anti-Chinese sentiment in Washington being routinely bipartisan.

The bill also notably pledged hundreds of millions of dollars in various capacities for media focused initiatives against China. This includes up to $300 million in an openly described effort to spread information on the “negative impact” of China’s $1 trillion-plus Belt and Road Initiative (BRI) in participating countries, “anti-Chinese influence” programs, a scheme to “train journalists” with the goal of countering Beijing, and millions more in funding for Radio Free Asia to expand its coverage in the specified languages of Mandarin, Cantonese, Tibetan and Uighur. In short, it’s a mammoth propaganda push.

All the time, we hear so much about “Chinese/Russian propaganda,” “disinformation,” etc, and often its impact is depicted in highly threatening or sensational ways, yet rarely, if ever, is it reported how the west actively and openly engages in psychological warfare with the goal of changing politics and governments in targeted countries, all the while playing the perpetual victim.

Here it is in the new US bill in black and white, as clear as crystal, yet few will balk or take notice at the explicitly ambitious effort to attempt to destabilize various regions of China, to promote unrest and, ideally, to “balkanize” the country. This, of course, is not new; it’s what America has always done.

Western political thought is built on the assumption that it owns a monopoly over what is conceived as ‘political truth,’ is the source of all enlightenment and, in wielding that ‘monopoly,’ has a divine mandate to evangelize that ‘truth’ to others. This draws up a binary logical distinction that everything the west advocates is always motivated by good faith, as opposed to self-interest, and that everyone who opposes this agenda is always motivated by bad faith and evil motivations.

This underlines the mentality of western journalism, that it is the only impartial and verifiable source of the ‘truth’ and that everyone who questions it is advocating ‘propaganda’ – a term which usually only emotionally resonates with “enemy states.”

This mindset distorts the more nuanced reality that all states engage in such behaviour, and that the staple assumption of ‘western truth’ is subsequently used to shape the global narrative against designated targets and to justify aggressive, self-interest-driven policies under the guise of “moral concern” and to make people unable to question them.

The US has a long history of such psychological warfare, both explicit and implicit. One of the most famous instances is what was revealed as Operation Mockingbird, where the CIA secretly infiltrated the mainstream media at home and abroad, collaborating with journalists to push US foreign-policy interests. Many journalists – including Pulitzer Prize winners – joined the CIA’s payroll, writing fake stories to disseminate the agency’s agitprop, and many were given falsified or fabricated information in support of the CIA’s mission. This was during the Cold War, but the program has never been officially discontinued, and why would it stop today in the wake of a new Cold War with China?

The Strategic Competition bill clearly illustrates that Washington places primary importance on dominating the “global discourse” in accordance with its interests, and it is arguably very good at doing this through a multitude of methods.

In addition to its efforts with journalists, America has an army of think tanks funded by various interests, usually defence industries, who are designated to create studies in order to legitimise and market Washington’s foreign-policy goals, and coordinate with the press which gives them favourable coverage. They are capable of feeding terms, ideas and concepts to shape coverage in their favour, creating “talking points” such as “wolf warrior diplomacy,” “economic coercion,” “Indo-Pacific” and so on, all of which don’t make arguments as much as they create “assumptions” to shape public thinking accordingly.

Then, of course, there’s the actual state media. Instruments like “Radio Free Asia” (RFA) are never earmarked by social media as “state affiliated media” in the way the likes of CGTN and RT are, despite the fact it is a US government-funded tool directly spreading propaganda on behalf of Washington. The bill’s text makes its purpose explicit: RFA will be utilized to promote unrest and resistance in Xinjiang, Tibet, Hong Kong and even within China itself, something which would be deemed a malign form of foreign interference if done towards the west.

Yet the shocking part about it is, this is not all for China itself. The US wants to interfere and manipulate the politics (and minds) of the citizens of hundreds of countries against Beijing, by spreading deliberate “negative” information concerning the BRI, with, of course, no consideration of its upsides whatsoever. This means the American propaganda effort will span Latin America, South-East and Central Asia, as well as Africa. Yet many in the west are happy to pass this behaviour off as normal or acceptable, because the west is deemed the source of “truth” and “enlightenment” with the responsibility to “save” the backwards non-west.

In this case, we definitely need to talk more about organized, American-led disinformation and pure, geopolitically motivated propaganda. Notwithstanding the onslaught of daily negative coverage as it is, Beijing needs to be ready to combat this effort and desperately improve the efficiency and credibility of its own media, especially in pointing out this kind of agenda and helping people think more about what they are consuming.