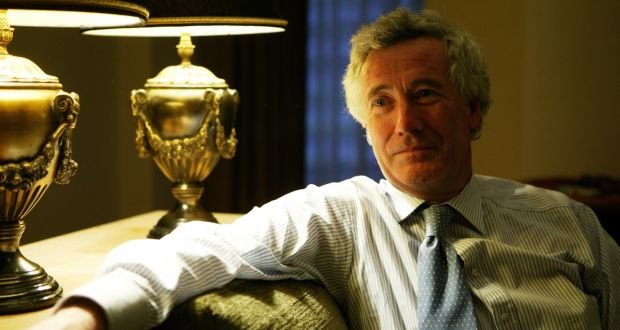 ‘The cleverest man in Britain’ on why England should resist lockdown

England’s mostly popular lockdown has its critics, none more eloquent than Jonathan Sumption

The day before England went into its second national lockdown this week, the House of Commons voted by 516 to 38 in favour of the restrictions, with Labour and the Liberal Democrats backing the government. But 50 Conservative MPs rebelled, either by voting against the motion or abstaining, and in a three-hour debate before the vote they lined up to condemn the measures.

Graham Brady, chairman of the 1922 Committee that represents Conservative backbenchers, asked what right the government had to ban acts of collective worship or to tell consenting adults with whom they should sleep. The committee’s vice-chairman, Charles Walker, said the legislation, which he described as unjust, went against his every instinct.

The lockdown not only enjoys overwhelming support in Parliament, it is hugely popular among voters, with polls showing three out of four people backing it. There are sceptical voices in the right-wing press, on the Conservative backbenches and among supporters of Nigel Farage’s rebranded Reform UK party.

But the most eloquent critic of the government’s response to coronavirus has been Jonathan Sumption, a supreme court judge from 2012 until 2018. In a series of interventions since the start of the epidemic, Sumption has warned of creeping totalitarianism in the government’s actions, which he says threaten Britain’s constitutional system and its freedoms.

“Although I don’t regard liberty as an absolute value, it’s clearly a value of very great importance. It is the foundation of human happiness and creativity, and an impressive case is needed to justify curtailing it. In England at any rate, no such case has been made. But I’m not aware that a persuasive case has been made by any of the other European countries that have adopted similar policies,” he told me on Thursday, the day the lockdown came into force.

Most of the lockdown’s legal restrictions are based on powers given to the government under the Public Health Act (1984) to control the spread of infectious diseases. Sumption argues that the government is acting unlawfully, not because it is using the powers in the Act for an extraneous purpose but because it only authorises restrictions on infected people.

“It is ultra vires in my view. It is not the extraneous purpose, it’s the fact that the Act just does not authorise the curtailment of the liberty of people who are not infected at all. That’s different from saying that they have the power but have used it for an improper purpose. They don’t have the power at all,” he said.

“I think the English courts will be very reluctant to interfere given the high level of public support for these measures. But they ought to and it would be a departure from some fundamental constitutional principles if they declined to interfere.”

"Before joining the supreme court, Sumption was one of the most successful and highly-paid barristers in London"

“There’s a significant difference between the levels of scrutiny under the two Acts. Basically, under the Civil Contingencies Act parliament can amend any statutory instrument, something it normally can’t do, so as to knock away some of the more absurd bits of it. It can revoke it at any time and it can require the rules to be resubmitted for further approval every 30 days. That is an important safeguard. It forces the government to come before parliament with a coherent case backed by the evidence. That would certainly improve the quality of decision-making,” he said.

Before joining the supreme court, Sumption was one of the most successful and highly paid barristers in London, becoming the first justice ever to be appointed to the court directly from the Bar. Sometimes described as “the cleverest man in Britain”, his high-profile cases included representing Roman Abramovich against fellow Russian oligarch Boris Berezovsky.

When Sumption represented Alastair Campbell in the Hutton inquiry into the death of biological weapons expert David Kelly in 2003, the former Labour spin doctor said he had “a brain the size of the planet”. A medieval historian at Oxford before turning to the law, Sumption wrote a four-volume history of the Hundred Years War while practising at the Bar.

He has also written a number of books about the law and he gave the BBC Reith Lectures last year, focusing on the relationship between the law and politics.

Sumption sees a link between Boris Johnson’s action in proroguing parliament last year in an attempt to push through his Brexit policy and his embrace of lockdowns during the coronavirus epidemic. 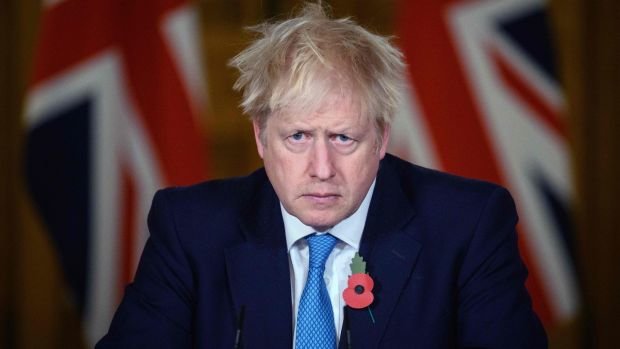 “Boris Johnson has an altogether undeserved reputation as a liberal. He is not. He is an authoritarian figure who is, above all interested in Boris Johnson and in giving effect to what he himself regards as appropriate and finds the whole prospect of opposition intolerable. This is a streak that emerged in part of the Conservative Party in the UK in the course of the later stages of the row over Brexit,” he said.

Sumption rejects the suggestion that a written constitution would offer Britain greater protection against authoritarianism, pointing out that many European governments have followed a similar path on coronavirus. And he points to the experience of the United States under the presidency of Donald Trump as evidence that even a written constitution and an active constitutional judiciary cannot protect against the disappearance of shared political conventions.

“Essentially, the only real protection against executive misconduct is a system of shared political values under which the question is not what can I legally do, but what ought I to do consistently with the public interest and with the constitutional traditions of the people. And that is something that has been very seriously lacking, certainly in Britain,” he said.

Sumption argues that the state has no right to oblige citizens to lock down in order to minimise their risk of becoming infected with coronavirus or infecting others. He says older and medically-vulnerable people should be left to decide for themselves whether they want to shield from the virus or take a risk for the sake of other considerations.

"But some would say, I want to take the risk. I prefer the quality of my life to its duration"

“There is no difference as far as older people are concerned, between a compulsory lockdown and voluntarily taking precautions for their own safety. The only difference affects the mass of people who are not vulnerable. But many older people wish to take the risk. If they are told you can’t visit your grandchildren because you may become infected by younger people, many people would think they shouldn’t take the risk,” he said.

“But some would say, I want to take the risk. I prefer the quality of my life to its duration. I think it’s is much more important in the fewer days that I have left that I should live them in a fulfilled way than in conditions like these. If that’s the view that they take, what business do ministers in Whitehall have telling them ‘you can’t make that choice, I’m going to make your choice for you’.”

Sumption fears that the legacy of lockdown will be more widespread support for a form of authoritarian, top-down government he believes will prove inefficient and ultimately unpopular. He hopes those unhappy with the restrictions will protest to their MPs and write to the press and he points out that the rules are not enforceable without public consent.

“There aren’t enough policemen to invigilate what people are doing in their homes. So, to my mind, what people should do is make their own decisions anyway,” he said.

“I think that the law is an important moral consideration, but it isn’t the only moral consideration. And it seems to me that if you are told, no you cannot have your 90-year-old grandparents to Christmas, you’ve got to leave them in their own flat, I think that’s the kind of thing where people ought to be able to say, well to hell with the government, I’m going to do the right thing.”