Torture device spikes! Red peacock feathers! Micro shorts and suspenders! Was this the most extra Sunday night ever?

The perfect Sunday night for most of us involves a mug of chamomile tea and a comfy t-shirt, but 5,000 miles away in the Los Angeles Microsoft Theatre a hugely different evening unfolded. One of lurid pink power suits, feathered balaclavas, and P!nk in a gold tassel, vintage Bob Mackie flapper dress with a lightning bolt splashed across it.

Indeed, it was the 50th Annual American Music Awards and on the red carpet, a crystal-strewn battle for the most outlandishly dressed played out in front of cameras. While the AMAs are usually peppered with statements, the level of maximalism on display last night could only be rivalled by the MTV VMA Awards - the perennial overlord of mad red carpets. 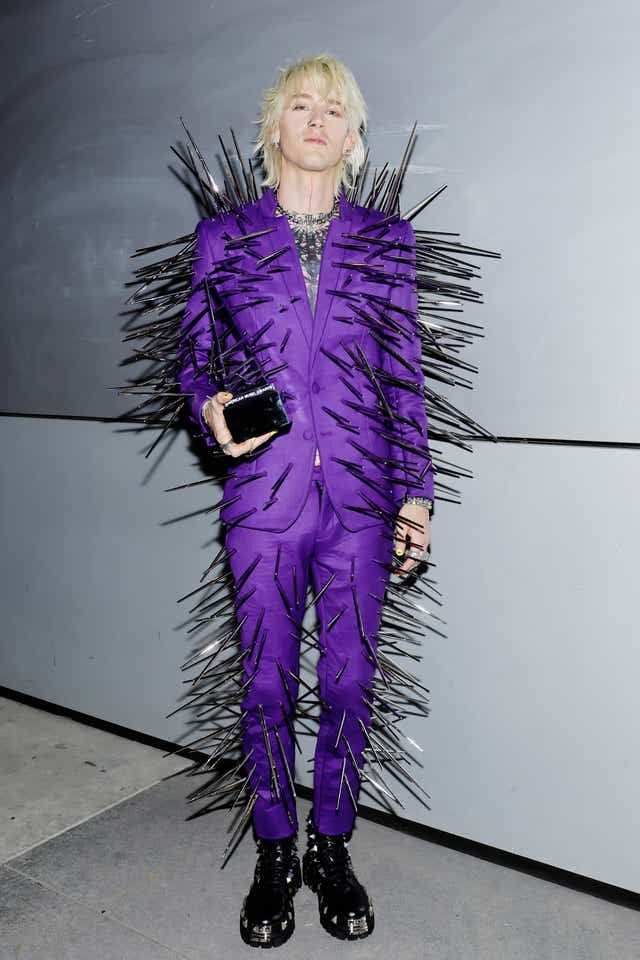 Take Machine Gun Kelly. He wore a purple suit covered in 20cm plus silver spikes, torture device meets hedgehog style. It was custom made by Dolce and Gabbana, chosen by LA celebrity stylist Adam Ballheim, and is likely one of the singer’s boldest looks as he collected his award for Favourite Rock Artist. All he needed to top it was fiancé Megan Fox, who was a no-show, by his side. 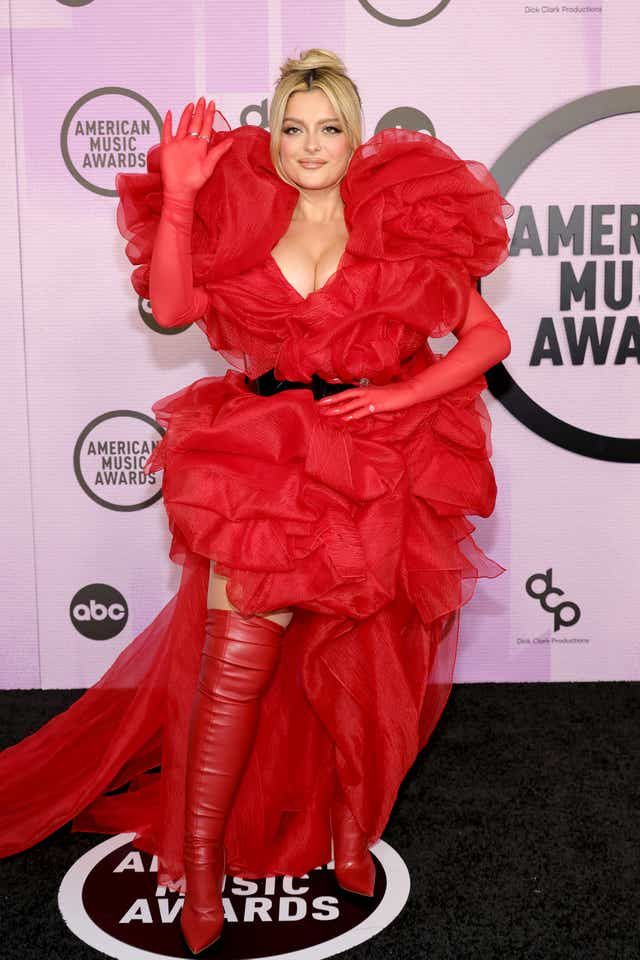 Leading the biggest frock race was Bebe Rexha. The ‘In the Name of Love’ singer wore a clustered red mini dress which bustled at the shoulders, and extended out with a metres-long train. The outfit, designed by Chinese couturier Buerlangma, was dressed up with thigh-high red leather boots by Le Silla and bicep length red gloves by Atelier Biser. Save a red headpiece, there was hardly an inch not ruby shade.

That is where Kali Uchis topped her. She opted for a red satin, corseted frock by London-based designer Dilara Fındıkoğlu, which came with a red, custom peacock feathered balaclava-cum-headscarf for maximum plumage factor. 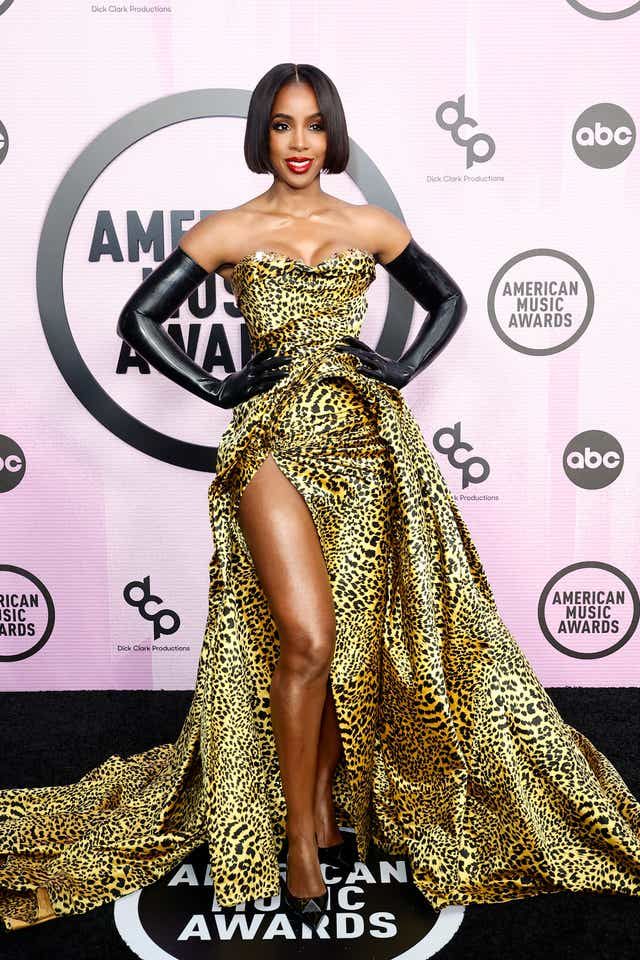 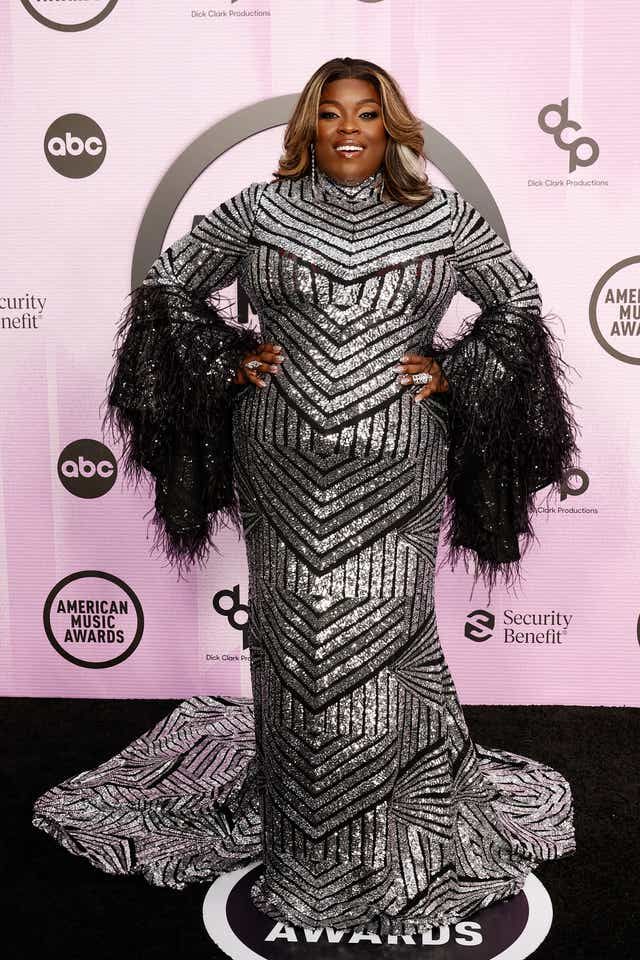 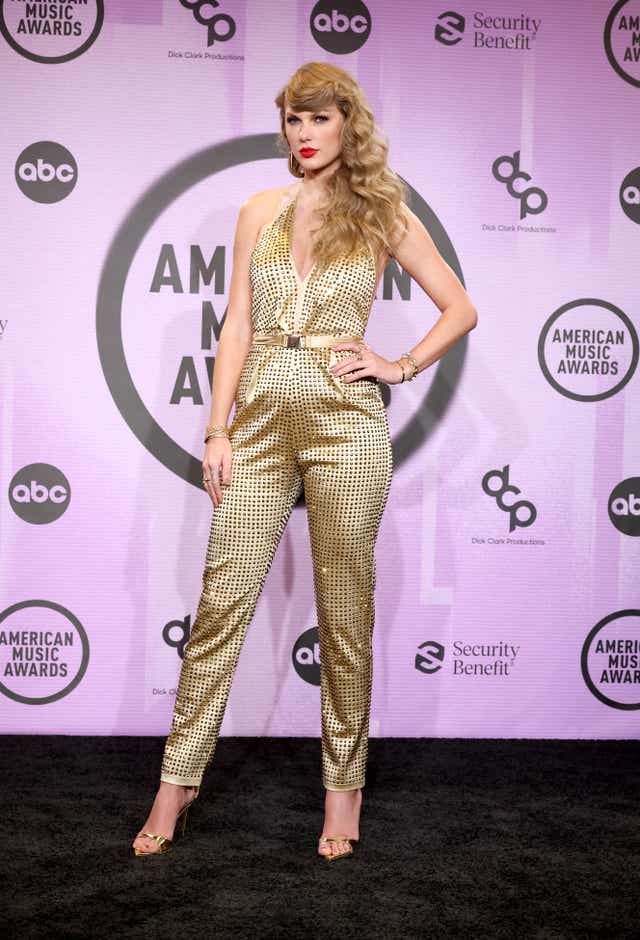 Perhaps most cleverly subversive of the night were Eurovision 2021 champions Måneskin, who have become known nailing awards ceremony dressing thanks in part to their deal with Gucci. 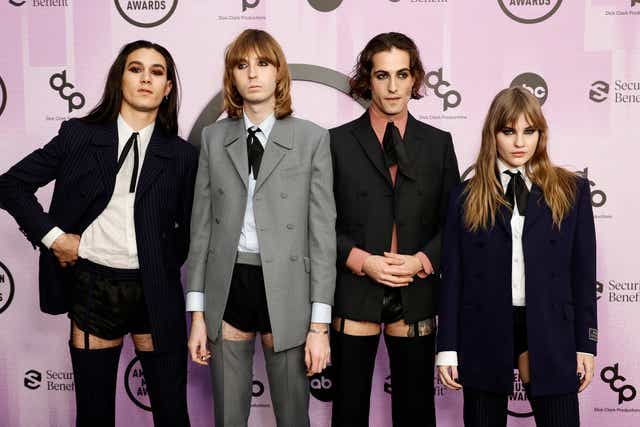 For the AMAs, all four wore mundane tailored jackets with shirts and ribbon bows, black satin short shorts and suspenders, which held up the rest of their suit trousers. It was a sexy, subtle play on a classic - certainly not something on the dress code memo.