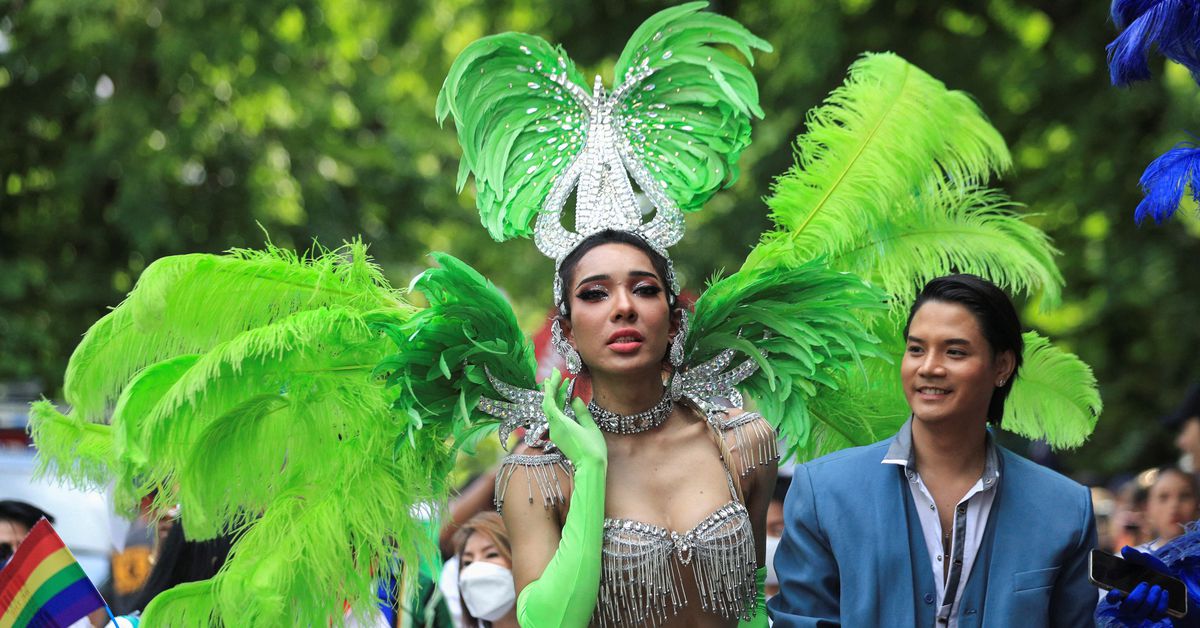 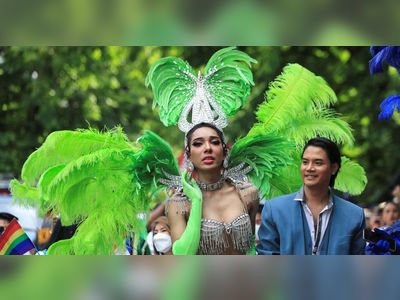 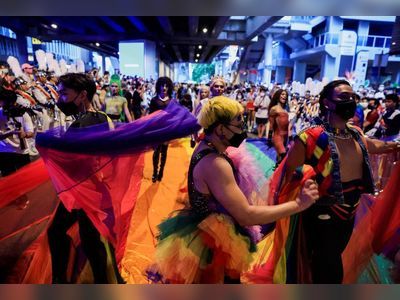 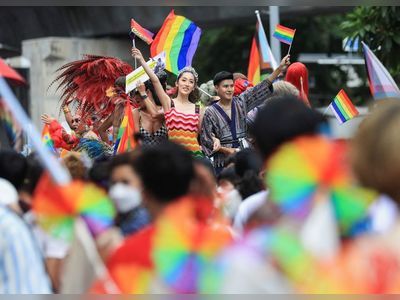 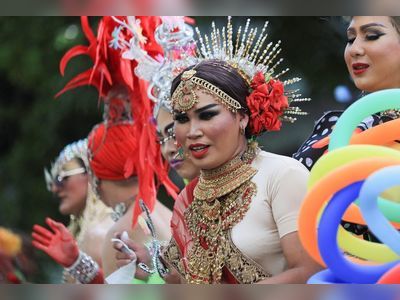 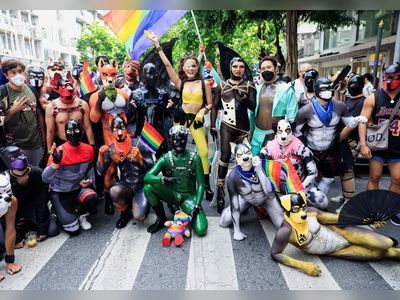 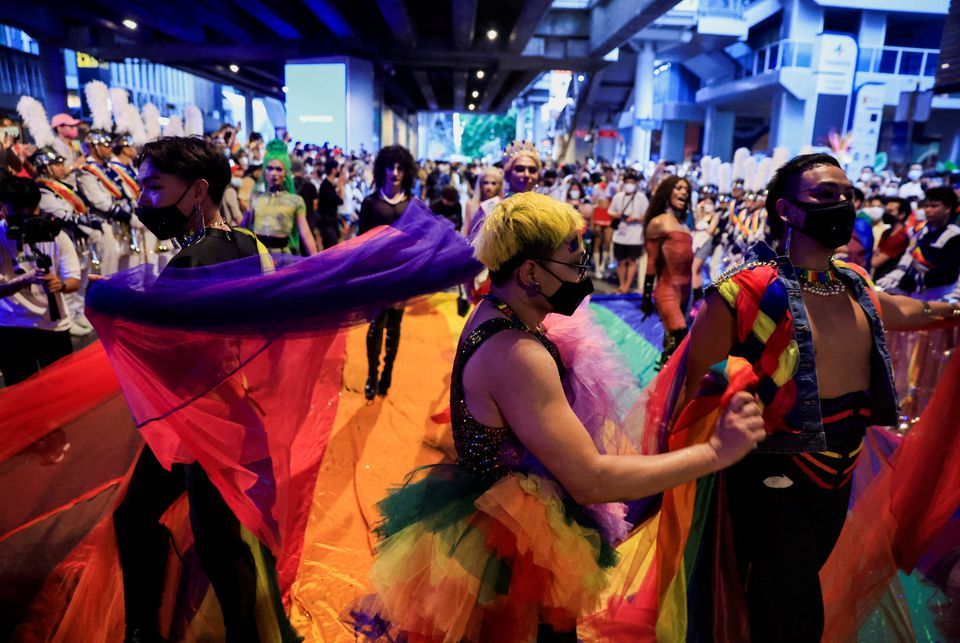 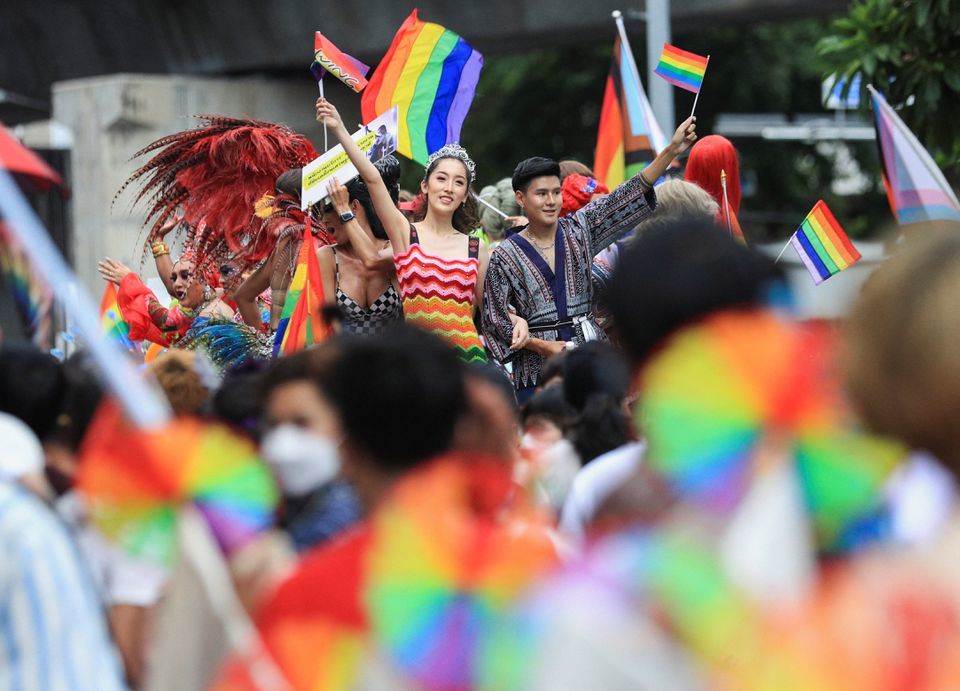 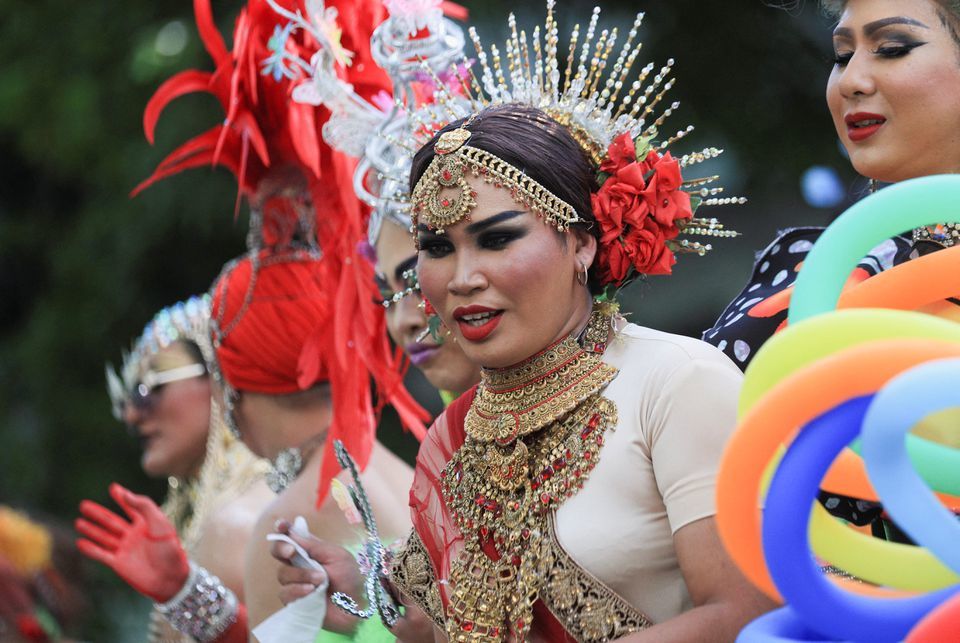 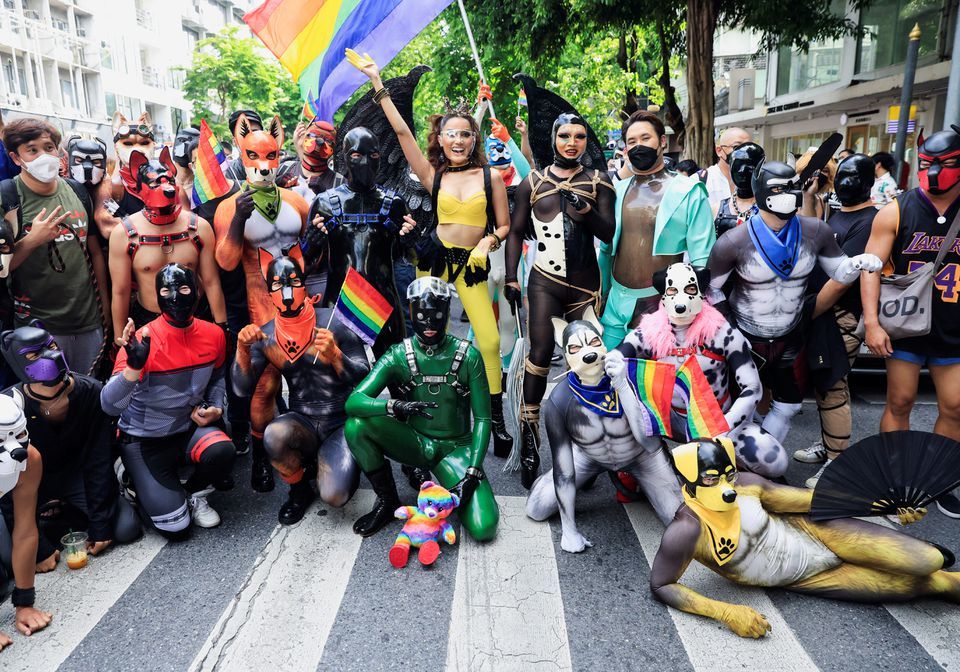 Also waving blue, pink, and white transgender flags, marchers made their way through the main streets of Bangkok. Some chanted and called for same-sex marriages to be legalised and for sex workers' rights.

Designer Cpeeranat, 24, who made his costume with a long rainbow flag, said the parade had given him goosebumps. The relatively big parade was supported by the local government for the first time.

Drag Queen Gun Punna, 56, who was dressed in rainbow clothes from head to toe, was calling for the acceptance of sexual diversity.

"I'm so happy that I get to express my identity. I get to tell people we (LGBTQ+) are not despicable in society," Gun said.

In Thailand, two bills on LGBTQ+ couples, including one on civil partnerships, are waiting to go to parliament.

The civil partnership bill approved by the cabinet in 2020 would recognise same-sex unions with almost the same legal rights as married couples.