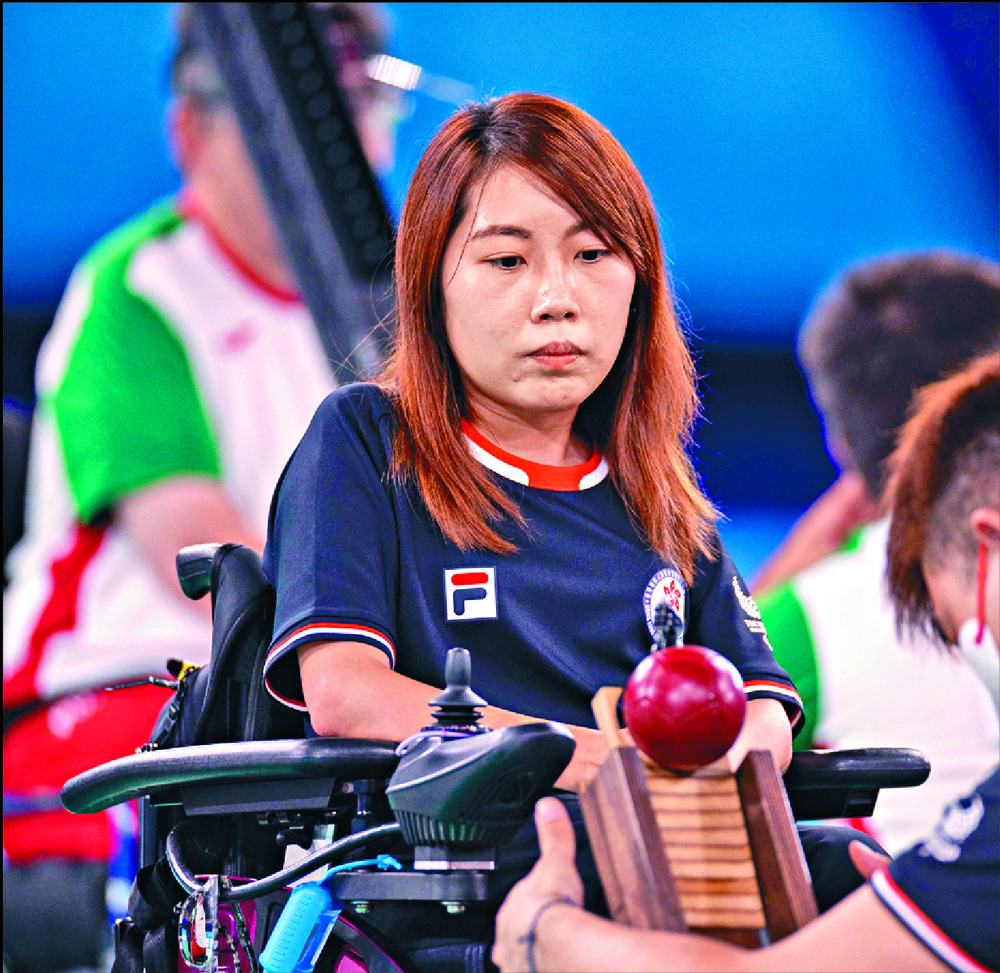 Teen off the mark in swim debut

The 17-year-old finished the race in 1:12.49 - which is a slight improvement on her time in the heats by 0.08 seconds - and was 6.57 seconds behind world and Paralympics record holder Bethany Firth from Britain, who won gold.

In a post-match interview, Chan said: "I was doing quite well in the first 50 meters, but my performance in the final 50 meters was off the mark, and I have room for improvement in my strokes."

"My performance in my Paralympics debut is only so-so, as I have not competed in the past year due to the pandemic," she added.

Chan also said she was unhappy after missing the medal podium by 0.15 seconds in her main event - the class S14 100m butterfly event.

However, she remained optimistic.

"I have learned a lot after taking part in this year's Paralympics, especially learning how to calm down after losing in an event," she said.

Chan, the youngest athlete in Hong Kong's delegation in Tokyo, earlier placed third in her heats and qualified with the sixth quickest time among 14 swimmers in the two heats.

Her teammate, Hui Ka-chun, was unable to advance to the finals of the men's class S14 100m backstroke event after placing eleventh among 18 swimmers.

Chan said after the match: "Although I knew I had the upper hand in this matchup [against Jakobs], I still felt nervous," he said.

The 36-year-old also said he is looking forward to facing Daiki Kajiwara today.

In another class, world No 3 Chu Man-kai also won his first group stage match of the class SH6 men's singles event, using only 25 minutes to defeat world No 5 Krysten Coombs from Britain in two games, 21-15 and 21-10.

Chu will be facing another Briton, Jack Shephard, today in order to enter the semifinals.

In boccia, Leung Yuk-wing, who snatched bronze on Wednesday in the individuals event, has led his team to two victories in a row in the class BC4 pairs event alongside Vivian Lau Wai-yan and Wong Kwan-hang.

In another class, Ho Yuen-kei also led her team to cruise past Portugal 4-1 in the BC3 pairs event.

But their second match against Japan went into a tiebreaker, in which the Hong Kong team snatched two critical points to also win both games in the group stage.

The two teams will all be playing the remaining two group stage matches today to fight for the two places up for grabs in each group to advance into the semifinals.
Add Comment