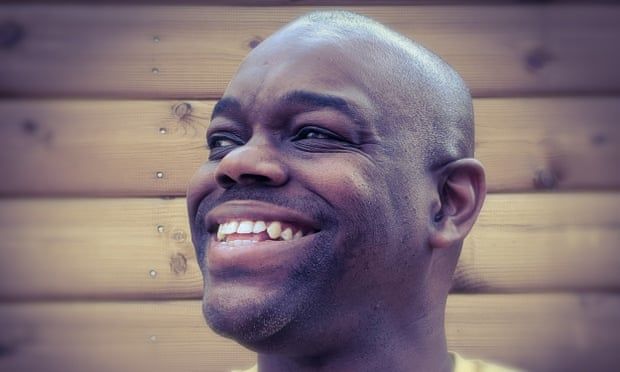 Marvin Thompson, of Jamaican heritage, says he wrote it as a gift for his children, ‘to their future selves’

A startling poem with allusions to a rich range of subjects ranging from Salvador Dalí and the Bible to an abused footballer, a revered hip-hop band and the Welsh language has won a prestigious literary award.

The Fruit of the Spirit is Love (Galatians 5:22) by Marvin Thompson, a school teacher in Wales, was judged the best from more than 18,000 poems entered into the National Poetry Competition by more than 7,000 writers from 95 countries.

Thompson, who lives in Torfaen, south Wales, and works in Lliswerry high school in the city of Newport, said he screamed when he heard he had followed in the footsteps of the likes of Carol Ann Duffy as winner of the award. “My children stared at me, wondering what was going on,” he said.

London-born Thompson, 43, is of Jamaican heritage and said one the aims of the poem was to help his children, who live in Wales, understand their dual heritage.

“As with all my poems, it was written for my children, a gift to their future selves,” he said. “A poem to be read on nights when the weight of being a dual-heritage person in Britain feels too heavy to bear.”

He said it was also for his parents. “When they were born in Jamaica, they were British by way of empire. When they made their home in London, they encountered racism and friendship and love. My poem is for anyone who has felt discrimination.”

One element of the poem is the mockery of the footballer Jason Lee on the 90s television show Fantasy Football, in which his hairstyle was compared to a pineapple. Thompson regrets that he laughed along before realising how wrong it was.

He also wonders in the poem if he should play his children the US rap band Wu-Tang Clan or if they will sing calypsos, reflecting his West Indian heritage or the sort of hymns they learn in Wales.

A Welsh word, “cwtch” – a cuddle or hug, also makes an appearance. Thompson said it was the perfect word for what he was trying to convey. “It sounds more comforting than the English words with the hard Ds and G,” he said.

Love also features strongly. “My poem is for everyone, everywhere who lives their life seeking and believing in love,” he said.

One of the judges, Karen McCarthy Woolf, said: “What distinguishes The Fruit of the Spirit is Love is how it operates on multiple, complex levels yet speaks in a voice that is fresh, honest and brave.

“Specific in its geography, natural in diction, this is a poem that asks many distinctly contemporary questions that make you feel as if it could only have been written here and now, in 21st-century post-Brexit Britain.

“What is it to raise dual-heritage children in the UK, and specifically in Wales? How does black identity shape itself in a white environment, where allegiance to a predominantly hostile flag is the paradox of belonging? Will these children be loyal to Wu-Tang or sing hymns in the Welsh choir? Or, as the poem demonstrates, will they do all of these things at once?”

The Fruit of the Spirit is Love (Galatians 5:22)

Dusk reddened a Dual Heritage neck, hands
and a moustache – its ends curled with wax. Jason Lee?
I stood below his dreadlocks in woodland

and reached up to touch his feet. A whirring fan
greeted my waking eyes, the house sleepy.
I’d dreamt both Dali’s Christ and someone hanged.

“… a pineapple on his head…” sang football fans
and a comedian blacked up as Jason Lee,
mocking Rastas. Did Jason beg Jah:

“Please keep this from my kids.” Should I tell mine
I filled my lungs with ’90s minstrelsy
and sang, a teen lost in lads’ mag England?

Who taught me pro-Black talk was contraband?
The me who cwtched Dad whilst watching Spike Lees
was shoved down basement stairs, feet tied to hands.

Embarrassed, should I play my kids Wu-Tang
and other rap that set my rebel free?
One day, when they walk their kids through woodland
will they sing calypsos or ‘Blood of the Lamb’?