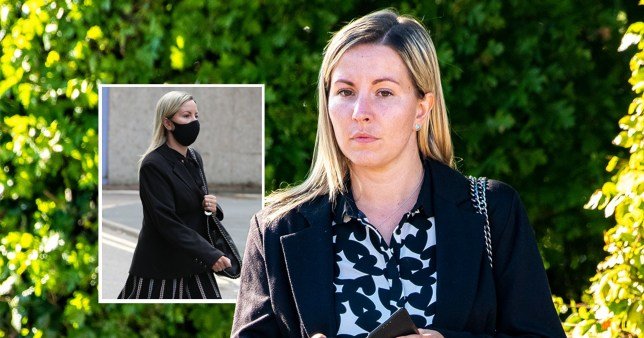 Kandice Barber, 35, is accused of performing a sex act on the 15-year-old boy, who has not been named, and having sex with him while standing up.

Amersham Law Courts heard that she had already been convicted at a trial in September last year of sending a video to the boy, showing her pleasuring herself while on a bed surrounded by sex toys, and sexually communicating with the complainant.

The complainant, who is now 18 appeared by video link, claims that he also met Barber for sexual activity on three occasions.

Nadia Chbat, defending Barber, asked him about an alleged incident of sex while standing: ‘You accept she is quite tiny, only about five feet isn’t she, so you were taller than her at the time weren’t you? You did not even think she could reach your shoulders at the time would she?’

In re-examination by prosecutor Richard Milne, the boy said he had ‘crouched’ and bent his knees to get around the difference in height. 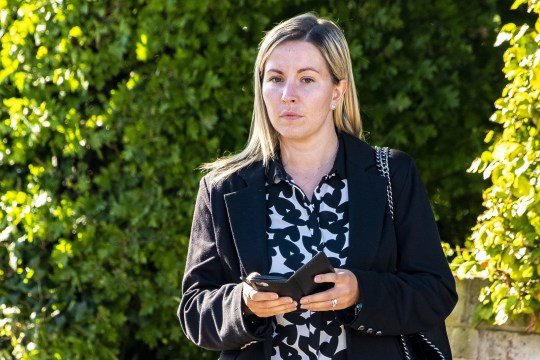 The boy could not name the specific dates when sexual activity had taken place but he said it was from October 11 2018 and immediately before the school half term, with two of the meetings he said happening before his 16th birthday and one taking place afterwards.

On one occasion, he said Barber drove them to the side of a busy main road and parked so the boy could perform a sex act on her, before they got out of the car and she gave him oral sex in a wooded area while he lay on the ground.

The court heard that before he told his headmaster the claims, the schoolboy allegedly threatened to ‘ruin’ the teacher’s life if he could not resume contact with her, promising that she would lose her family.

Ms Chbat, cross-examining the boy, said: ‘You, I suggest, had become obsessed with Mrs Barber, hadn’t you? You, I suggest, wanted more contact with her again.

‘The threat, I suggest, is “If you do not speak to me, watch what happens, you will lose your job and your family”.

‘The phone calls on March 10 2018, I suggest, is you and her having an argument on the phone. She was telling you to leave her alone and you were talking over one another and you were threatening to tell the police about your communication. She put the phone down on you.

‘I suggest that the communication was threatening, that if she did not resume contact with you, you would ruin her life,’ claimed the defence counsel.

Ms Chbat added that her client said none of the sexual activity took place and it was all lies, which the complainant denied over the video link.

Barber, of Wendover in Buckinghamshire, denies three counts of causing or inciting a child aged under 16 years to engage in a sexual act.