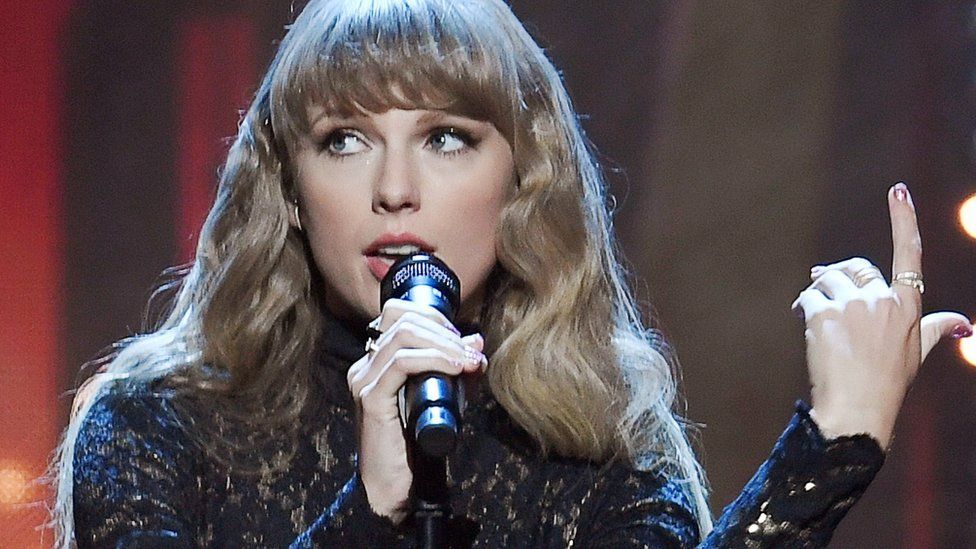 Taylor Swift has landed her eighth straight number one album, with her re-recorded rendition of Red topping the UK chart on Friday.

Red (Taylor's Version) is the American singer's recreation of her fourth album, which also went to number one on its original release in 2012.

It's her second re-recorded album release of 2021, following Fearless.

She plans to re-record and re-release her first six albums in order to have complete control over her music.

The move follows the 2019 acquisition of her master recordings by music mogul Scooter Braun and his subsequent sale of them to an investment fund.

She hopes fans will listen to and buy the new versions of her albums on streaming services and download stores, rather than the originals.

Red includes the hit singles We Are Never Ever Getting Back Together and I Knew You Were Trouble, with Taylor's Version adding a number of bonus tracks that didn't make it onto the original album.

The 31-year-old singer has now matched Kylie Minogue with eight number one albums in the UK. Madonna is the only female solo artist to have had more, with 12.

Red (Taylor's Version) finished the week ahead of two recent chart-toppers - Abba's long-awaited comeback Voyage, which is in second place, and Ed Sheeran's Equals in third. Little Mix finished the week at number four with their new greatest hits collection, Between Us.

On the singles chart, Swift's All Too Well (10 Minute Version) was a new entry at number three, making it the longest song ever to reach the top five.

It was ahead of Sheeran's Shivers at number two, with Adele's divorce anthem Easy on Me reigning supreme at number one for a fifth week.

Adele is likely to depose Swift from the top spot in the albums chart next week with her fourth album 30, which was released on Friday.

James Blunt also released his new album on Friday, and pledged to "never write, record or sing another song for as long as I shall live" if it beats Adele to number one.