Impressive strides have been made in improving facilities and raising incentives for recycling, but these do not cover household food waste. This is a problem, because food makes up a third of Hong Kong’s total landfill waste, and is a significant source of greenhouse gases.

Since my return to Hong Kong from Slovakia six months ago, I have been delighted to see the Environmental Protection Department’s (EPD) provision of new recycling spots through the Green@Community initiative.

I still remember rigorously scrubbing and sorting my plastic, paper and metal waste when I lived here many years ago. I would then take a few big bags of recyclables to the nearby recycling bins in my village. But there was always an element of uncertainty, given the rumours about recyclables going straight to landfills. Were my efforts going to waste (pardon the pun)?

I would not be surprised if this were particularly the case since China’s waste import ban in 2018. Until then, Hong Kong exported over 90 per cent of its recyclables to the mainland.

However, the EPD has been at the heart of a push to improve the local recycling system. They now operate several recycling stations and shops, including one conveniently located near my office.

The recycling stores even offer rewards, although receiving a towel after lugging 35kg of paper there (which, to be fair, doesn’t have to be in one go) seems a bit mean. But I can see how large rewards would defeat the purpose of these facilities. 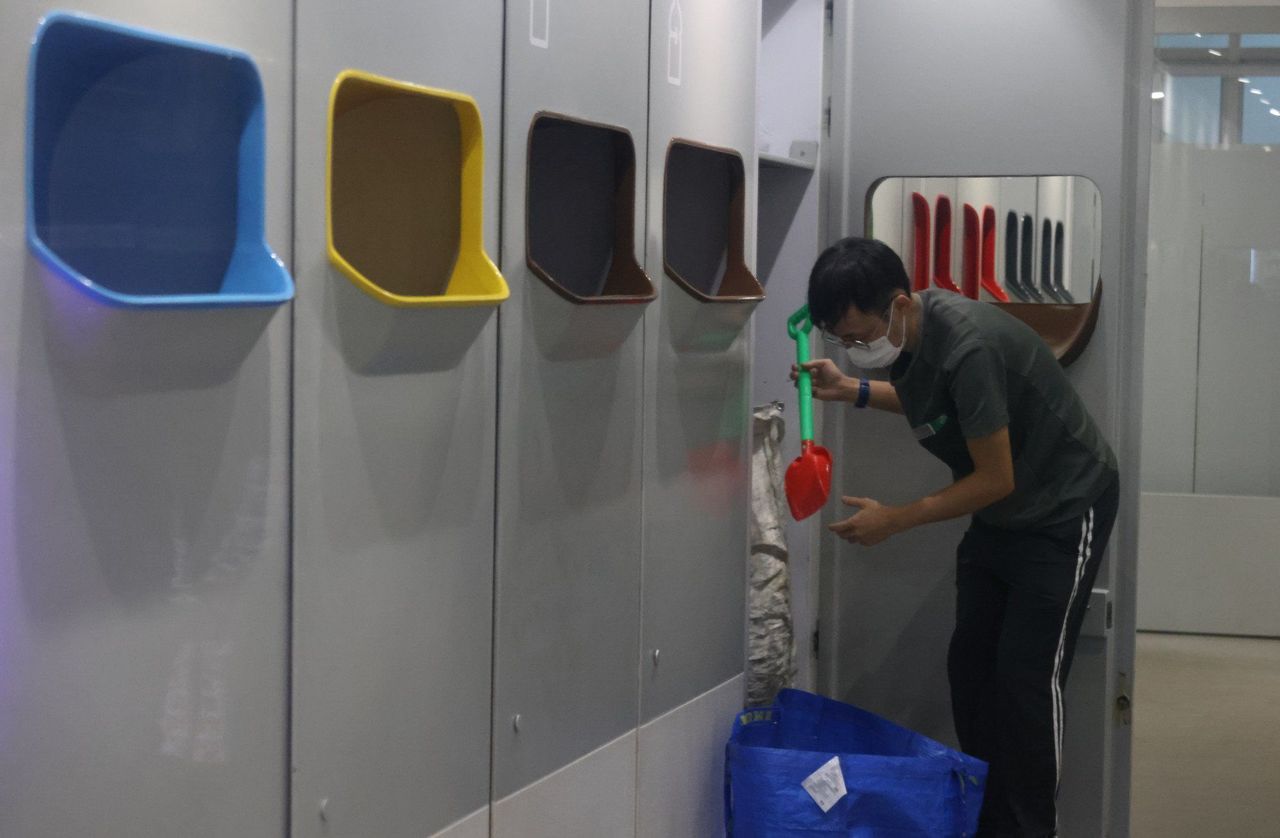 A Green@Community recycling shop in Tin Hau, on September 30.
Food waste accounted for about 30 per cent of municipal solid waste (more commonly known as rubbish) in Hong Kong in 2020. This amounts to over 3,000 tonnes per day. Over 2,000 tonnes came from households, totalling almost 100 double-decker buses in weight. Only 4.6 per cent of all food waste was recycled.

A food waste recycling scheme is in place for the commercial and industrial sectors; O·PARK1, located in North Lantau, has been converting food waste into energy since 2018. In Tai Po, a trial scheme involving experimental technology mixes food waste with sewage sludge to produce biogas for electricity. The residue is turned into compost.

But there needs to be more services for households. After searching online, the only thing I could find was a small subscription-based programme run by the Eco Community Promotion Association Limited (ECPAL). As of August, the non-profit organisation has placed eight bins collecting food waste in residential areas around Hong Kong.

Research sponsored by the US Environmental Protection Agency shows that diverting all food waste from landfills could result in a 33 per cent decrease in their methane generation potential.

Landfills are a significant source of methane in the atmosphere, and this greenhouse gas is the second largest contributor to climate change after carbon dioxide.

Households are then provided with semi-transparent yellow biodegradable bags. Seeing your food waste in a bag makes you more conscious of how much food you are wasting. 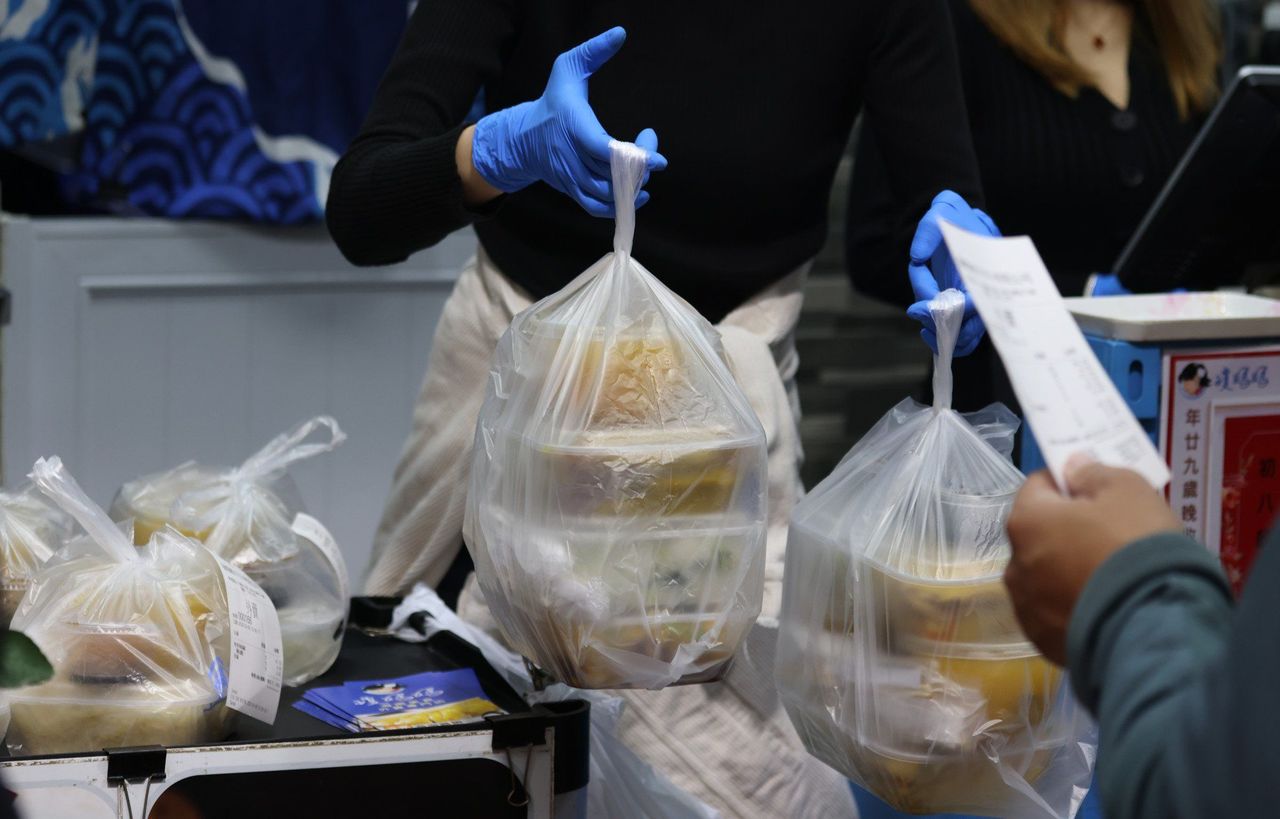 Bags of takeaway food at a restaurant in Wan Chai on February 9.

After being filled, bags are weighed and disposed of at designated collection bins. Some districts of Seoul have bins equipped with scales and electronic payment technology, so that residents can pay as they go.

During processing, liquids are separated from solids and used to produce biofuel. Dry waste is turned into compost and fertiliser.

Given many peoples’ attitudes to waste disposal, I have doubts such a system could be successfully implemented in Hong Kong in the short to medium term. Still, we need to start with something.

What we do have right now is a little-known scheme called the Food Wise campaign. Its main aim is simply to educate citizens about the importance of cutting down on their food waste. According to the government, the campaign has had some success. Domestic food waste disposal fell by 17 per cent between 2013 and 2019.

Hong Kong needs to build on this success. A household food waste recycling scheme would greatly benefit our environment and our image. With time, hopefully people will warm to the idea.