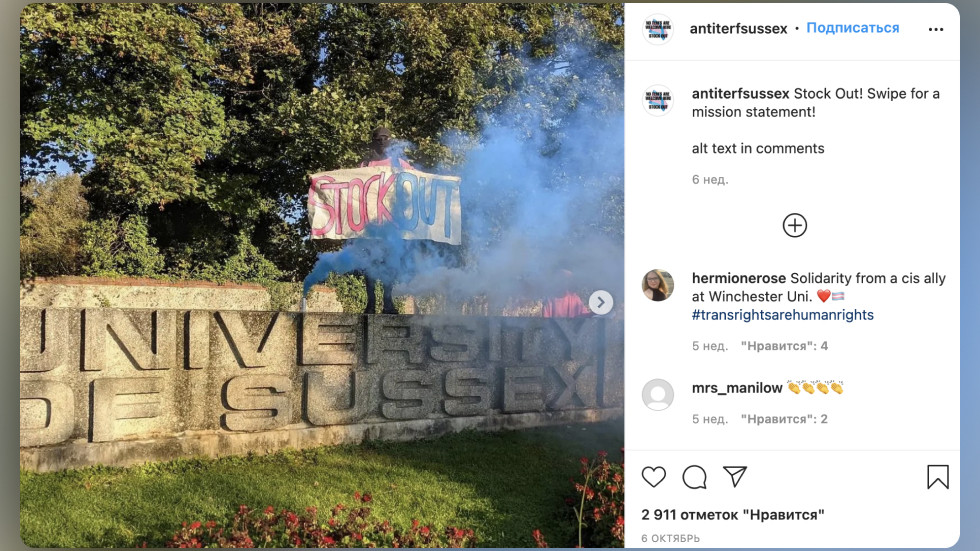 England’s higher education watchdog is investigating whether Sussex University failed to uphold its freedom of speech obligations after a high-profile transgender rights row saw a professor resign after getting death threats.

The Office for Students (OfS) announced on Tuesday it had “identified potential concerns” that merited “further scrutiny” of the university’s conduct.

While the OfS did not specify what prompted the investigation, it was announced in the House of Lords on the same day that it was in response to acclaimed philosophy professor Kathleen Stock’s resignation from the university last month, after activists and student groups called for her dismissal over allegedly “transphobic” views on gender identity.

The OfS probe will focus on whether the university “met its obligations for academic freedom and freedom of speech within the law for all students and staff, whatever their views.” In its statement, the watchdog said academic staff were entitled to “freely express lawful views, no matter how controversial they are, without fear of losing their jobs or privileges.”

Stock’s case is set to be taken up by the House of Lords, where the school system under-secretary of state, Diana Barran, said on Tuesday that “no academic should have to fear for their personal safety” as a consequence of expressing their beliefs. Meanwhile, Labour peer Philip Hunt pointed out that other academics were “facing similar abuse... for basically gender critical views.”

Stock, who describes herself as a feminist, has previously criticised ideas championed by transgender rights groups such as gender identity – the debate over which, she said, has “allowed a few students with totalitarian tendencies to have a disproportionate chilling effect on the rest.”

Last month, flyers were posted around the university campus and several people in masks held up signs that read: “Stock Out.” The campaign, by an online group called ‘Anti Terf Sussex’, called for Stock to be fired for “espousing a bastardised variation of radical feminism.”

In response, the university said it would not tolerate threats to “cherished academic freedoms” with its vice-chancellor promising to “take any action necessary” to protect these rights. When announcing her resignation, Stock thanked the university for stating that bullying and harassment for legally held beliefs were unacceptable but noted it had been “a very difficult few years.”