Two young men on trial at High Court face charges of murder, wounding with intent and taking part in a riot.

A man injured during a clash with anti-government protesters in Hong Kong in 2019 has accused his opponents of initiating an attack on local residents that resulted in the death of an elderly cleaner.

The witness testified at the High Court on Thursday against two young men who allegedly played a part in the murder of Luo Changqing in Sheung Shui on November 13, 2019.

A jury of two men and five women heard Luo, 70, was hit in the forehead by a flying brick while filming a morning skirmish between a group of mostly black-clad protesters seeking to paralyse traffic outside Sheung Shui railway station and residents attempting to clear the obstacles on the roads. He was certified dead in hospital the next day.

The witness, who was 61 at the time of the incident and only identified as X in court, was hit in the left eye by a brick before protesters attacked him while his vision became blurry.

Prosecutors have alleged student Chan Yin-ting, 18, and jobless man Kelvin Lau Tsz-lung, 19, murdered Luo by acting “together with other persons unknown”. The two suspects also stand accused of wounding X with intent and taking part in a riot. They have denied all three charges.

In her opening statement on Wednesday, on-fiat prosecutor Juliana Chow Hoi-ling told the jurors they could convict the defendants of murder if they could find an intent to cause grievous bodily harm to the victim.

Chow added on Thursday that even in the absence of evidence the defendants delivered the fatal blow to Luo, the jury could still find the pair guilty based on the legal principle of joint enterprise, as they had acted in concert with other protesters and were just as culpable as the assailants. 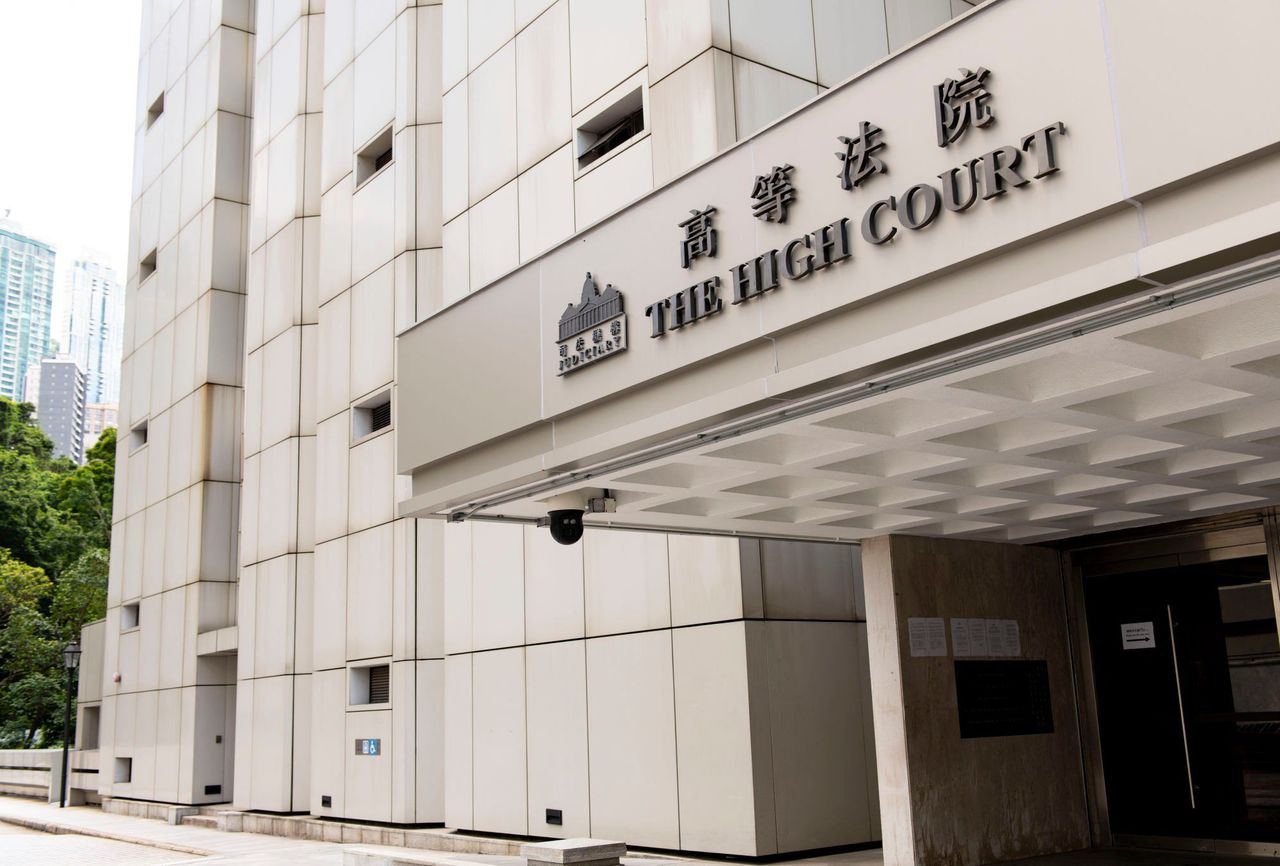 The case is being heard in the High Court.

The prosecution relied on CCTV footage and open source videos which allegedly depicted Chan and Lau joining the confrontation outside North District Town Hall at around 11.50am. They said Chan had used a saw to hit X’s right thigh during the altercation.

X said he and other residents had been obstructed by Lau and his comrades when they tried to clear the bricks off the roads that morning.

A verbal confrontation that ensued quickly descended into brick-throwing between the two sides, with X seen poking Chan with an iron rod before he was assaulted by other protesters.

The witness said he had acted in self-defence as the protesters had instigated the violence.

“This group of masked people, they were the ones who first came to us,” the witness said. “The person I poked was carrying a saw with him. He made me feel threatened.”

Defence counsel David Boyton, for Lau, suggested it was X whose action escalated the stand-off, adding he might have mistakenly identified his client during an identification parade held a month after the incident. The elderly man denied the claims.

The trial before Madam Justice Esther Toh Lye-ping is expected to last 15 days.