US President Joe Biden’s decision to exclude the presidents of three countries has overshadowed the summit’s agenda.

A fiasco, a flop, a disappointment: These are just some of the ways that political analysts and Latin American and Caribbean leaders are describing the Summit of the Americas, which is being hosted by US President Joe Biden in Los Angeles.

Even before the summit began this week, the main subject of conversation was not how regional leaders would tackle key common challenges, such as migration, climate change, and economic disparity and cooperation.

Nor was it about how the United States would take advantage of a unique opportunity to put its relationship with Latin America back on track, after four years of neglect under former President Donald Trump.

Instead, even before it began, what fractured the only venue in which the heads of all the countries in the Americas can sit down face to face was Biden’s decision to exclude the presidents of three nations: Nicaragua, Cuba and Venezuela.

It is not an issue of support for those countries’ respective leaders, Daniel Ortega, Miguel Diaz Canel, and Nicolas Maduro. Most countries in the region consider them authoritarian and undemocratic, as does Washington. 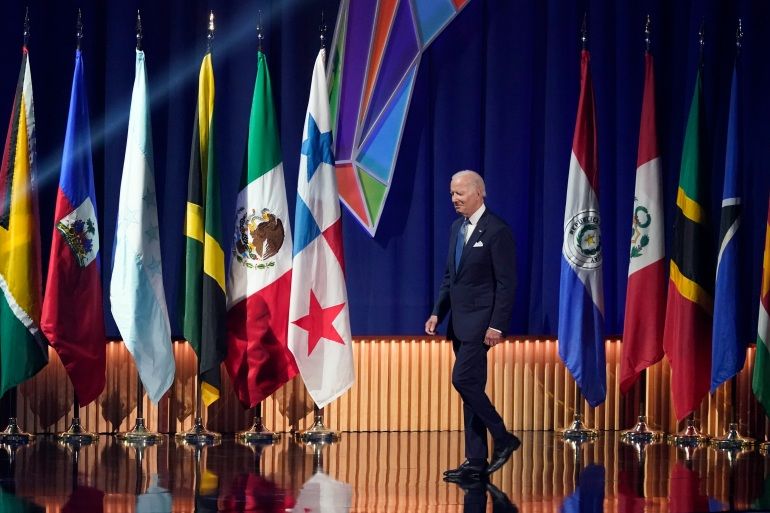 President Joe Biden gave a speech during the opening ceremony at the Summit of the Americas on June 8, 2022, in Los Angeles

But by unilaterally excluding three nations that are part of the Americas, arguing that they do not meet the necessary democratic requirements, the White House has turned the clock back to the pre-Obama era.

“It was a mistake and we will say so at the summit,” said Chile’s President Gabriel Boric as he arrived in Los Angeles.

“No one can save him or herself alone. We have to join forces to achieve better development. We have a right to say that exclusion if not the way. Historically it has never achieved results. And when the United States attempts to exclude certain countries, ultimately it only serves to reinforce their [leaders] actions at home.”

Mexico’s President Andres Manuel Lopez Obrador had warned Biden that he would boycott the summit if he excluded the three countries, prompting pleas from the White House, which sent former Democratic Senator Christopher Dodd to the region to try to contain the looming crisis.

But the Mexican leader made good on his threat and stayed home, as have representatives of Honduras, Guatemala, El Salvador, Bolivia and several Caribbean nations.

Such a snub underscores just how much US influence has waned in its own region.

Mexico’s Foreign Minister Marcelo Ebrard, who is attending the summit in his president’s place, said the decision to not invite Cuba has set the summit back a decade. “It is a serious error to freeze out countries,” Ebrard said.

In a bid to ensure that the leader of Latin America’s largest democracy would also not stay home, the White House cut a deal with Brazil’s President Jair Bolsonaro, a staunch ally of former President Trump.

Biden agreed to hold bilateral talks with his Brazilian counterpart, but according to the White House, he refused a request to not bring up thorny issues, such as the Amazon and Bolsonaro’s attacks against the country’s Supreme Court and Electoral Tribunal.

Just before leaving for Los Angeles, Bolsonaro shot back, saying that he was still not convinced that Biden has not stolen the 2020 presidential election from Trump – a provocation that does not bode well for discussions between the leaders of the two largest economies in the Americas. 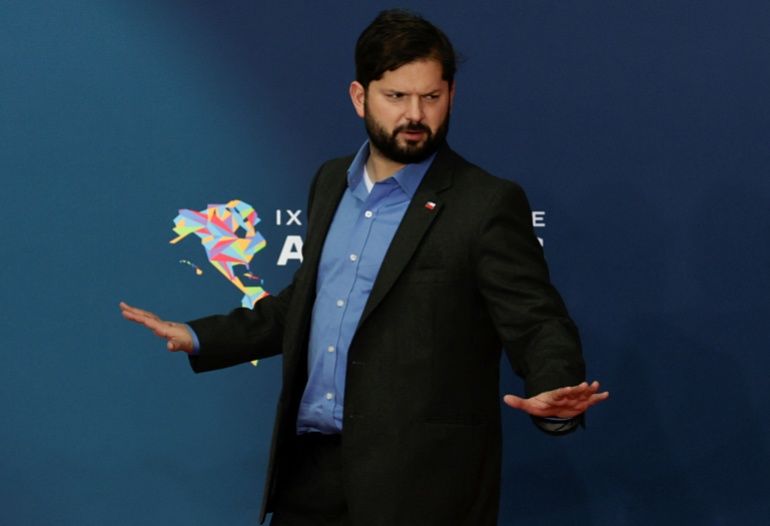 ‘It was a mistake and we will say so at the Summit,’ Chile’s President Gabriel Boric said

A question of priorities

The summit also begs the question: how does Biden expect to manage an unprecedented migration crisis in the Americas when Venezuela, a country from which more than six million people have fled, is not part of the conversation?

Neither are Cuba and Nicaragua, home to tens of thousands of migrants who are heading mostly to the US.

It all seems to go back to the question of priorities, and the fact that for decades Latin America has not been near the top of the list for the US.

Former Peruvian President Pedro Pablo Kuczynski once commented on a conversation he said he had with Trump. “He told me that Latin America was like a good sleeping dog, and that there was no need to wake it up,” said Kuczynski.

Recent events suggest that such a view is not only shortsighted, but counter-productive for US strategic interests.

China is now the number one trading partner for South America’s largest economies – Brazil, Argentina, Chile and Peru – which produce much of the world’s copper, lithium, soy and corn. And while China’s influence grows steadily in Central America as well, Washington’s once-unchallenged leadership in its former “backyard” has arguably descended to historic lows.

The Summit of the Americas, which has taken place every three years since 1994 (delayed only by the coronavirus pandemic), is a key event that once drew much excitement. “I promise you a new chapter in our relations, a partnership of equals,” then-US President Barack Obama told his peers at the fifth summit in April of 2009, shortly after he had taken office.

At the time Cuba was still excluded, but by the time Obama attended his last summit, he was sitting at the same table with Cuba’s Raul Castro.

“The timing has been unfortunate,” said former Chilean Foreign Minister Heraldo Munoz of this year’s edition. “It is a pity that the US midterm elections and pressure from conservatives in Florida and New Jersey are determining who can and cannot attend this summit.”

Biden and other regional leaders could have used the forum to hold Nicaragua, Cuba and Venezuela accountable on human rights and elections. And they could also have attempted to make headway on shared objectives.

In the end, the ninth Summit of the Americas may be remembered as a squandered opportunity at a critical time.