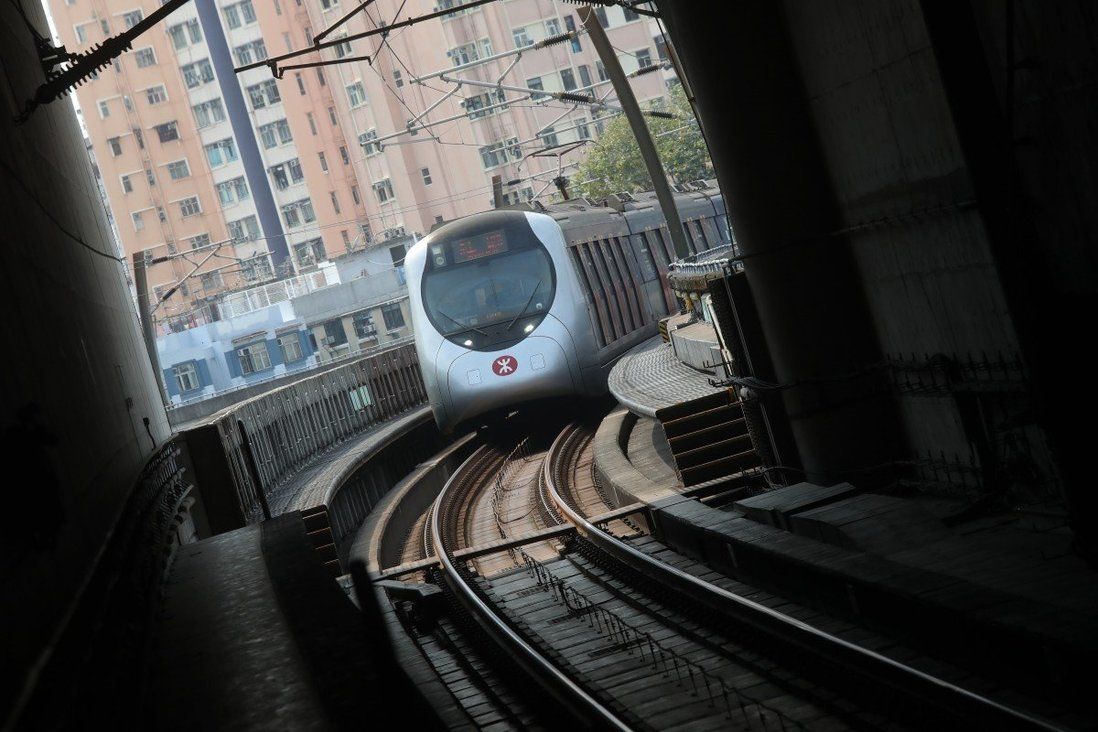 Secretary for Transport and Housing Frank Chan says initial look at cross-border link would need to be discussed with mainland China authorities.

An initial study on a new cross-border railway linking Hong Kong and Shenzhen’s Qianhai economic zone is expected to conclude next year, the local transport minister has revealed.

Secretary for Transport and Housing Frank Chan Fan said on Thursday that a dedicated office would discuss matters relating to the railway link with mainland China, which was proposed as part of Chief Executive Carrie Lam Cheng Yuet-ngor’s ambitious Northern Metropolis development plan.

Chan said that every decision regarding travel across the border needed “communication and cooperation” between the two sides. “Our social situation, and the realities of travel between both places are different,” he told a radio show. 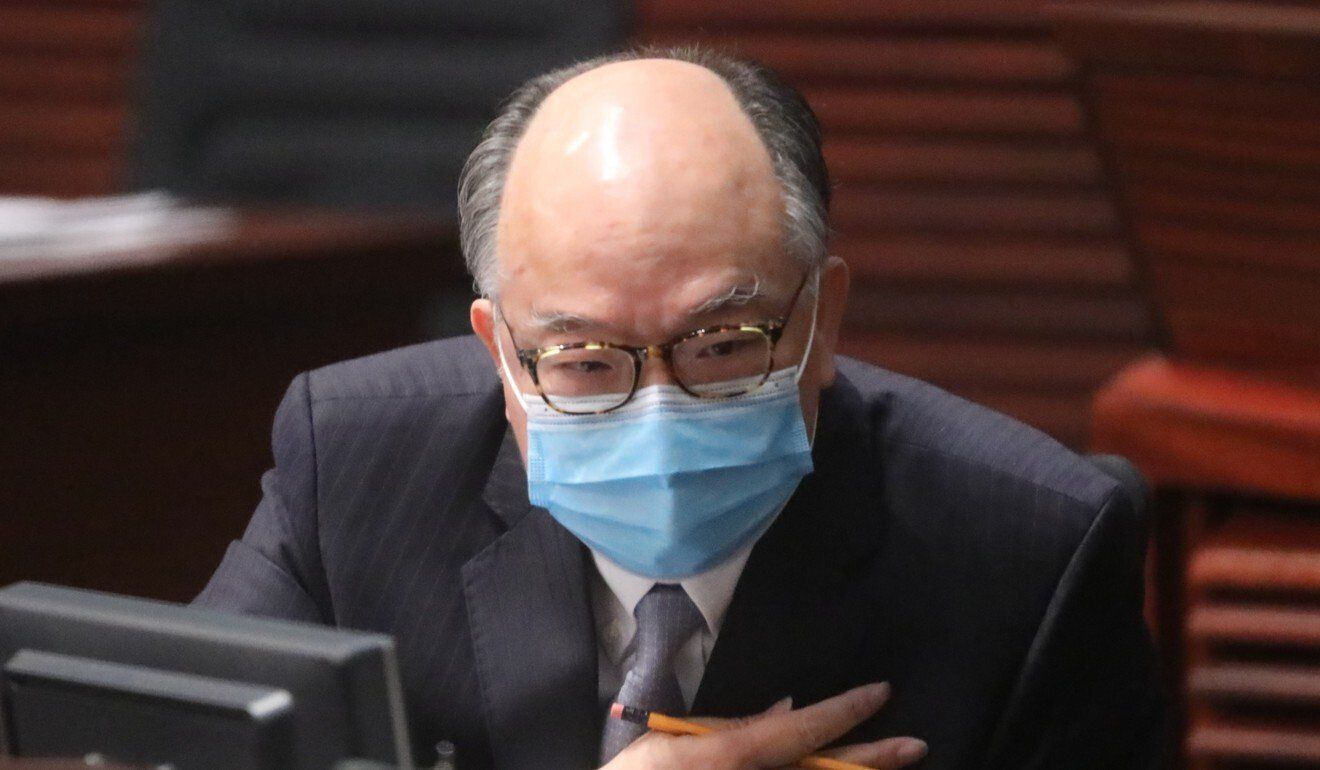 The transport minister said officials from both sides of the border had met in August, and once the study was concluded, officials would look at possible routes, stops along the way, the cost of building the system, and the division of responsibilities.

Announcing the Northern Metropolis plan at the final policy address of her term last week, Lam said the area would be “the most vibrant area where urban development and major population growth of Hong Kong in the next 20 years will take place”.

The development is considered to be a strategic economic, infrastructure, innovation and technology hub that is key to fostering Hong Kong’s integration with Shenzhen and connections with the Greater Bay Area , an emerging economic powerhouse in southern China.

The metropolis spans 300 sq km and will include seven land-based checkpoints, existing new towns in Tin Shui Wai, Yuen Long, Fanling and Sheung Shui and their neighbouring rural areas, as well as six development areas under planning or construction.

The proposed Hong Kong-Shenzhen Western Rail Link, which will run between Hung Shui Kiu and Qianhai, will be built along with four other railway projects connecting more rural areas in the New Territories.

The Northern Metropolis development is expected to bring 650,000 new jobs, up to 926,000 new flats and homes for 2.5 million people, or a third of the city’s existing population.

Secretary for Development Michael Wong Wai-lun, speaking on the same radio show, said the Northern Metropolis would change the “south centric” development mindset, and would improve the current congestion on public transport from the New Territories to Hong Kong’s urban areas. 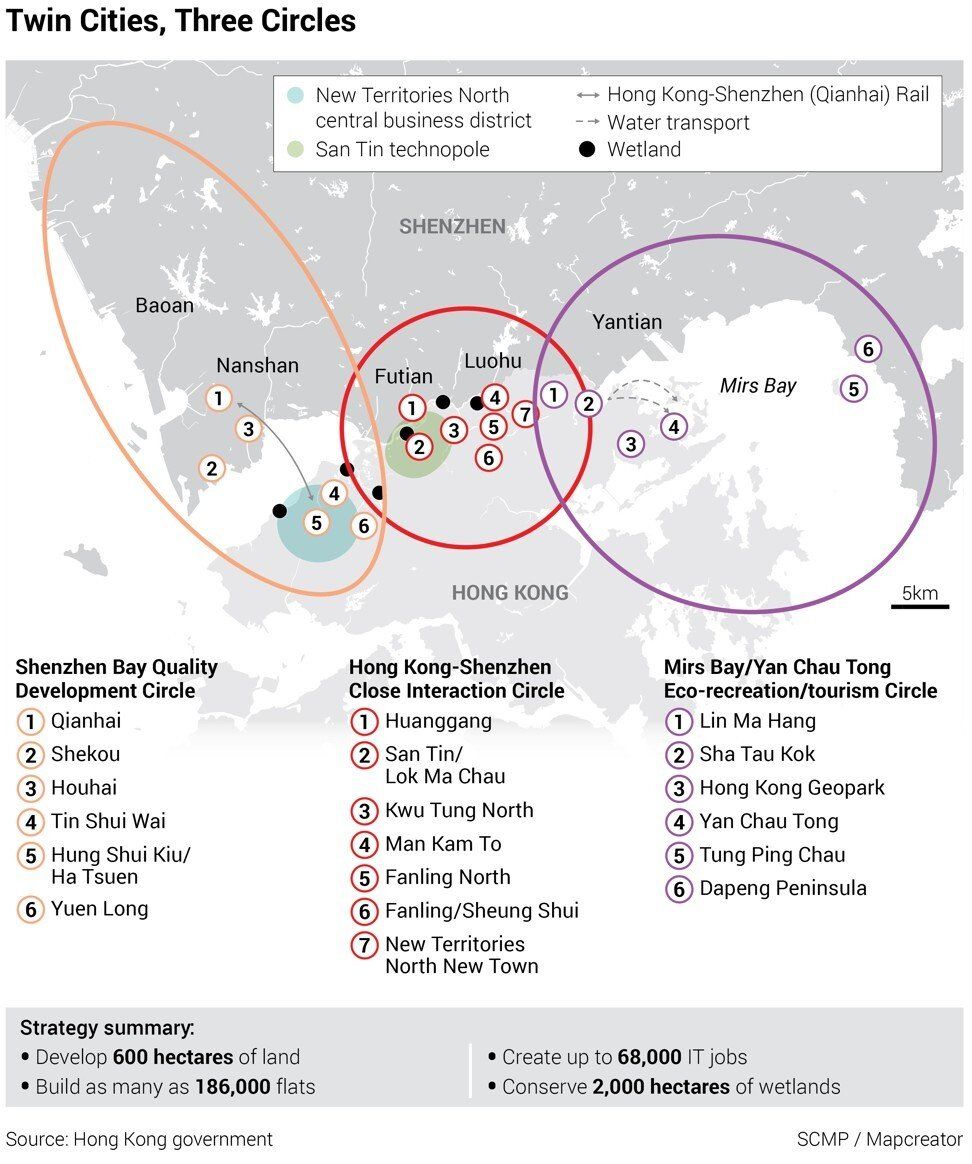 Wong also defended a proposal to develop the city’s green belt zones, which provide a buffer area between country parks and urbanisation.

“The country parks and green belts make up 56 per cent of the city’s area, there is no way we can afford not to develop them,” he said.

The government would study the feasibility of developing green belts, he said, and would step up its speed in identifying land for public housing.

He added the city was reviewing the design of public flats and considering making them about 10 per cent bigger than the current plans.