Architecture students and alumni of Hong Kong’s top university have criticised its plan to revamp a historic gate by adding two escalators to improve accessibility, questioning the redesign’s effectiveness and the institution’s decision-making procedures.

The row involving the University of Hong Kong (HKU) escalated as 280 people, including architecture students and alumni, signed a petition against the revamp of the east gate which they regarded as holding “a special place in people’s collective memory”.

Speaking to the Post on Friday, HKU alumnus Alfred Ho Shahng-herng, founder and director of the Urban Studies Institute, also criticised the university for not carrying out consultations with students and staff or seeking advice from architecture and engineering faculties.

“This is a ‘missed opportunity’ for the university to improve the image and design of the east gate,” Ho said. 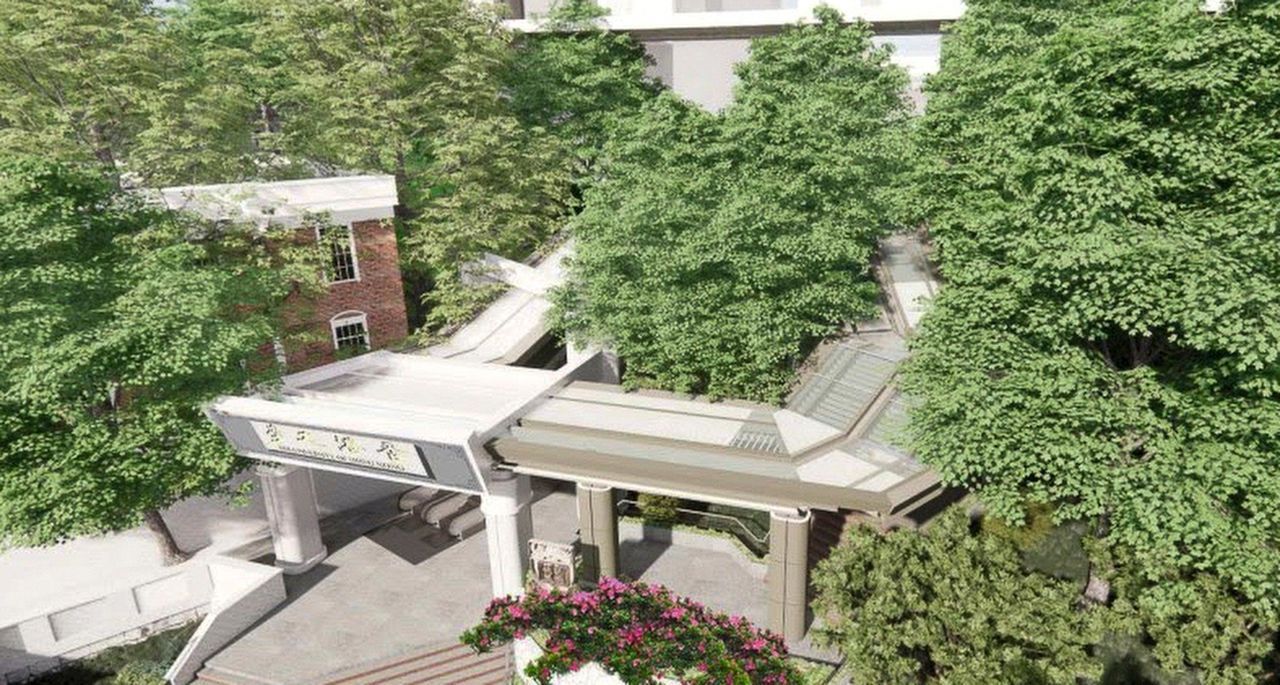 The planned redesign of the east gate features two new escalators.
He indicated the two-week window between the notification and the beginning of the work was too short, while acknowledging the university’s intentions to revamp the gate to improve accessibility.

The HKU informed students about the revamp on November 12.

In an email sent from its communications and public affairs office, and seen by the Post, the university said the east gate, connecting Bonham Road to the main campus, would be redesigned with the installation of two escalators to make it easier to transfer to the pedestrian deck level.

The gate is currently connected by stairs leading to the lift tower.

The university said the revamp would create a more accessible route for visitors to reach the eastern side of the main campus.

The institution also said two historic trees next to the east gate would remain in place, while three which were in poor condition and unsuitable for retention or transplantation would be replaced based on professional evaluation and government approval.

“The needs of the members of the HKU community and the public are at the heart of the design process,” it said in the email. “The new East Gate will extend the rich heritage of HKU and mark the beginning of a new, more inclusive chapter for the University.”

The university expects the renovation to be completed by the end of next year. East gate access will be closed from November 25, with interim arrangements made available for students and staff.

But the proposed renovation has triggered an outcry from the institution’s architecture students and alumni, who called it disappointing and launched a petition against the construction.

In the petition they submitted to the university, they said they were unsatisfied with the new design and criticised changes to the stairs, especially the prominence given to the less-used western side.

The steps, they said, were not user-friendly, with the edges of the stairs pushed too close to the footpath and the lift waiting area.

The students added that there was too little space between the final step and the driveway kerb, which could put pedestrians navigating the narrow pavement at risk.

“Altogether, this new design does not demonstrate a thorough consideration of the East Gate’s functionalities as a public space. It fails to attend to how people use the East Gate in reality and ignores the accessibility requirements,” they said.

The students added that the gate served as a recognisable landmark and symbol, while generations of HKU students have posed in front of it for graduation photos. 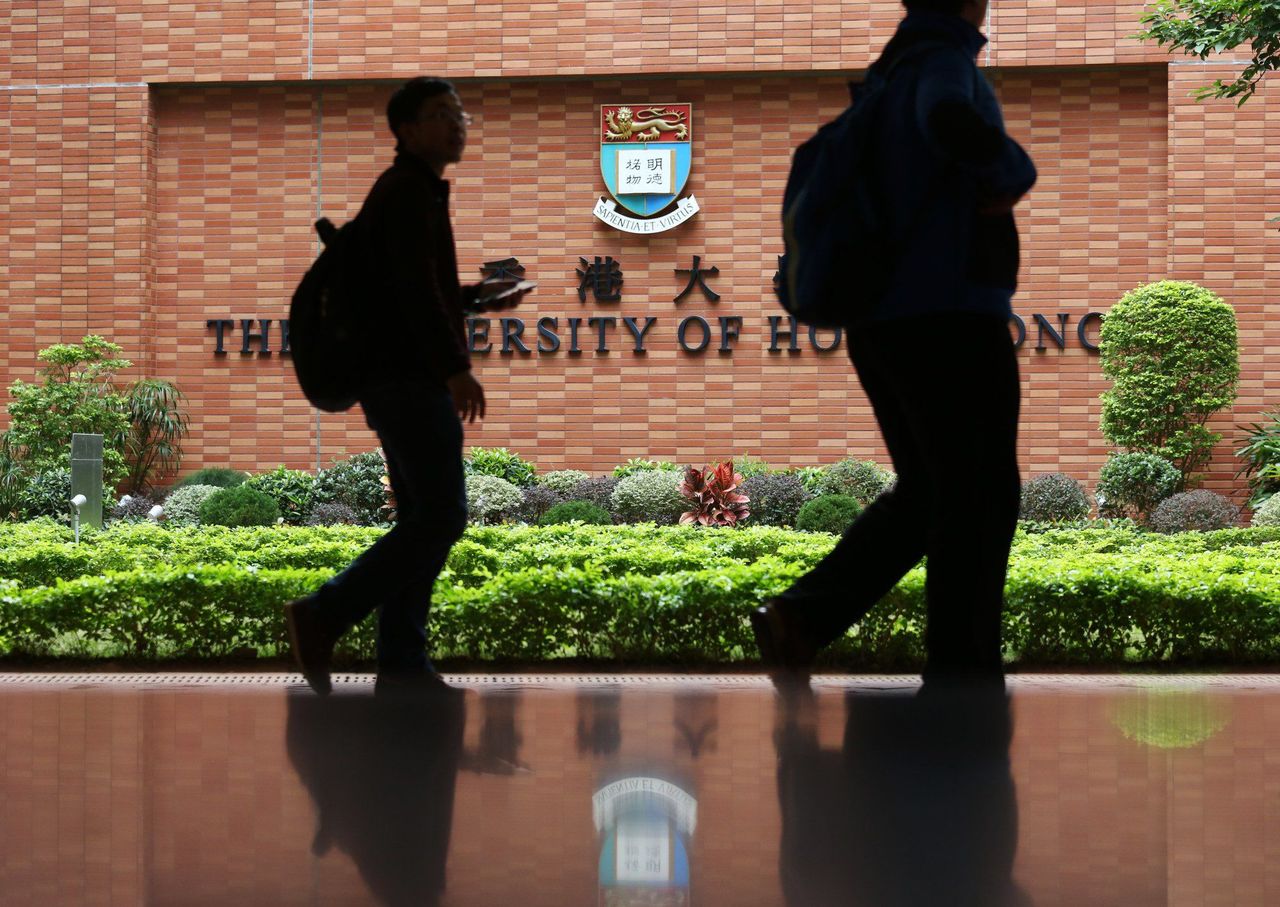 Students and alumni have signed a petition to halt construction.

Responding to inquires from the Post, a HKU spokesman said on Friday that the project was one of the university’s ongoing campus development and facility upgrade initiatives.

He said its design and details had taken into account the site’s existing condition and geotechnical constraints, and had been deliberated in a university committee responsible for facilities development and comprising different stakeholders.

The new entrance would retain elements of the current plaque on the main archway, he added.

Dr Lee Ho-yin, a retired associate professor of HKU’s faculty of architecture, said the university had been working on the renovation of the east gate for years, and had made the information public among students and staff with consultations having been carried out previously.

He suspected that some new students did not know the renovation’s history, leading to the argument.

As a previous member of a university committee which was made up of representatives from different faculties to oversee the renovation work, Lee said the revamp was intended to boost the identity of the institution, make the entrance greener and enhance its functionality by adding two escalators.

He said, based on the photo from the university’s email, the new design met the criteria.

Lee noted the university did not conduct consultations for every project, which could be time-consuming and costly, but added that making information public and transparent was necessary, especially for large-scale projects.