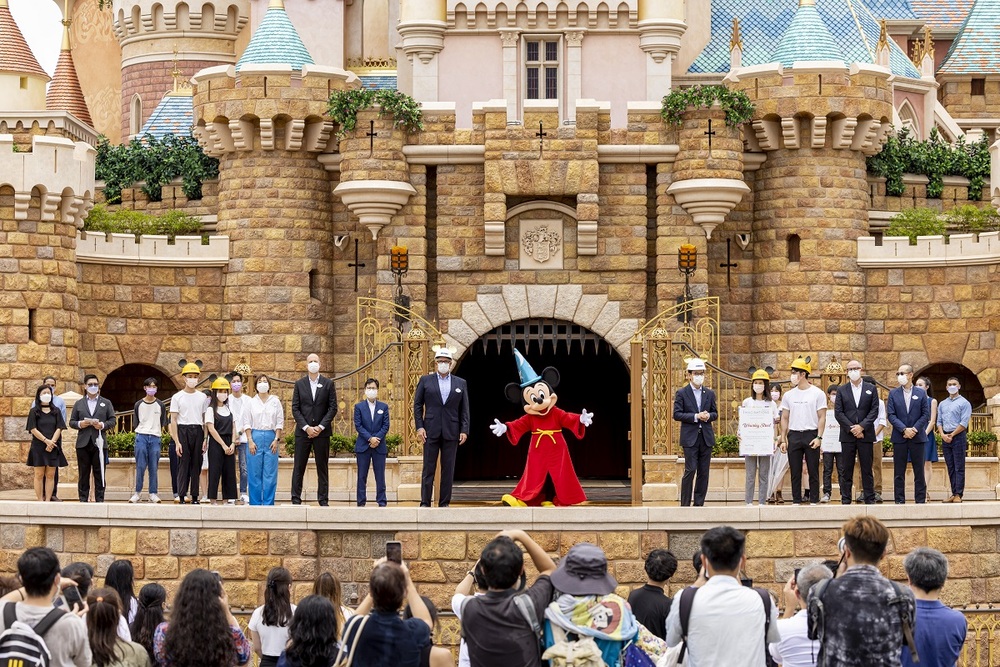 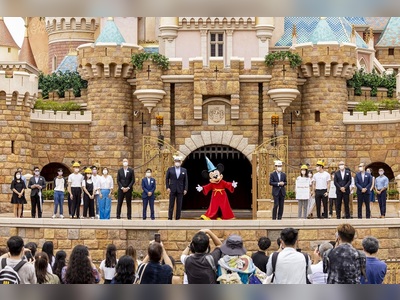 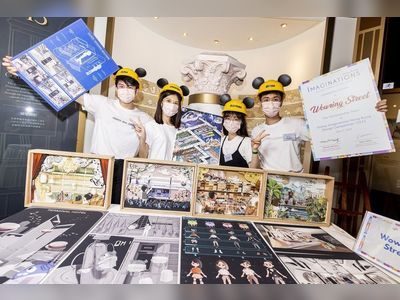 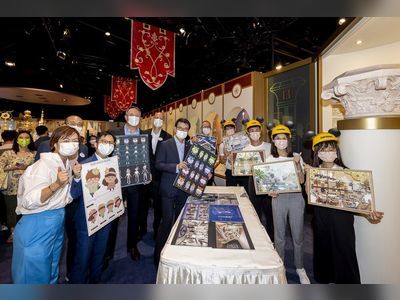 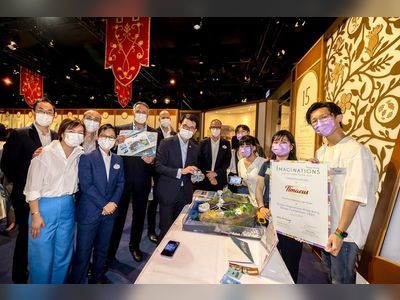 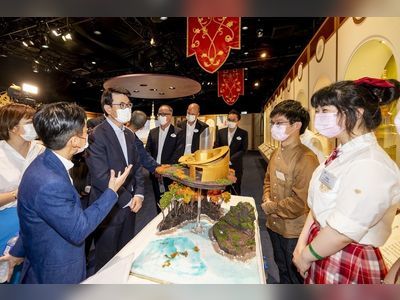 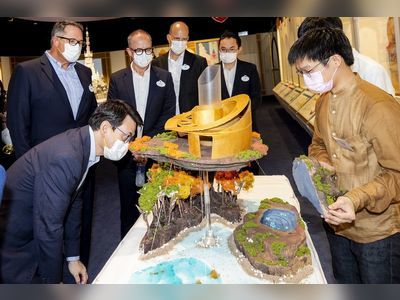 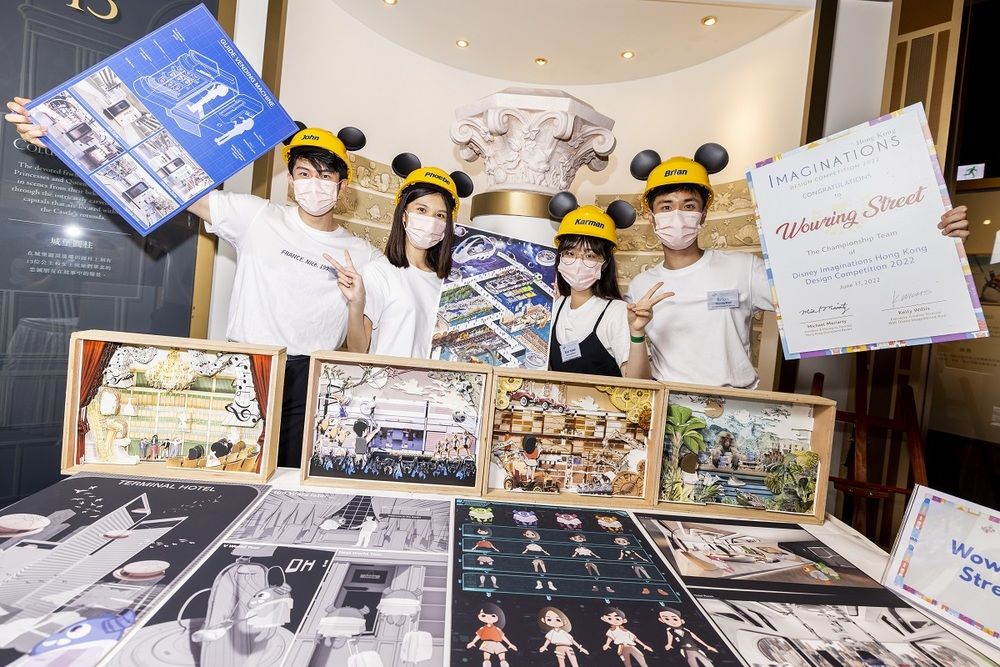 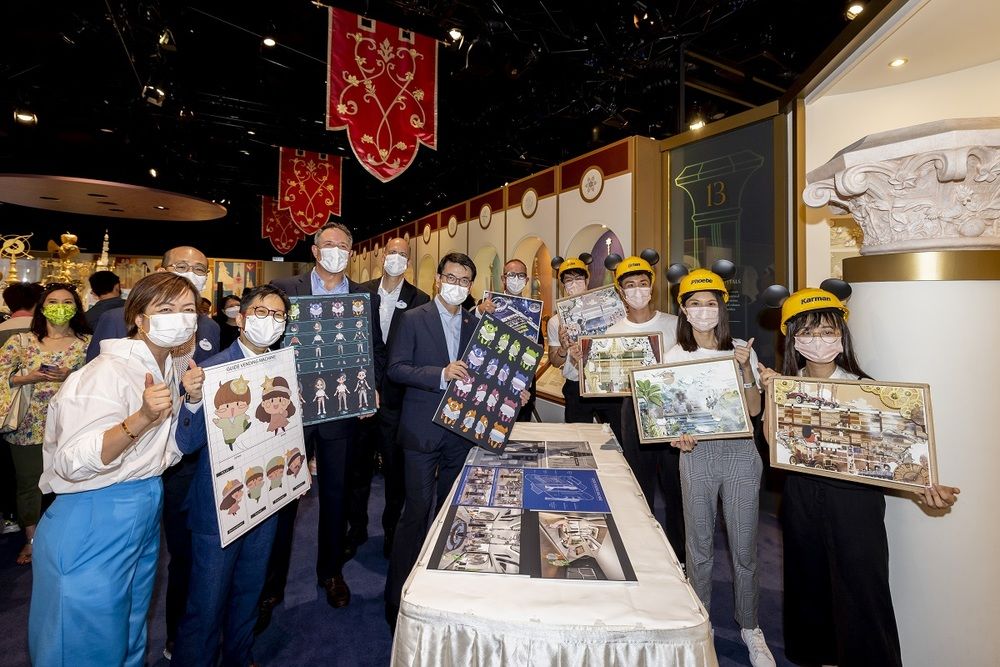 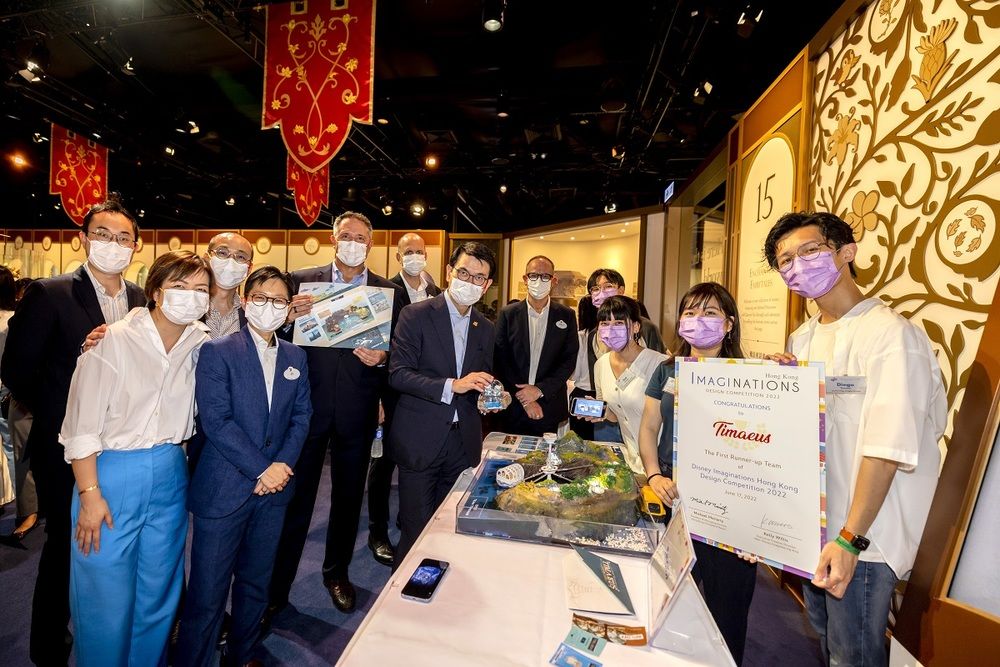 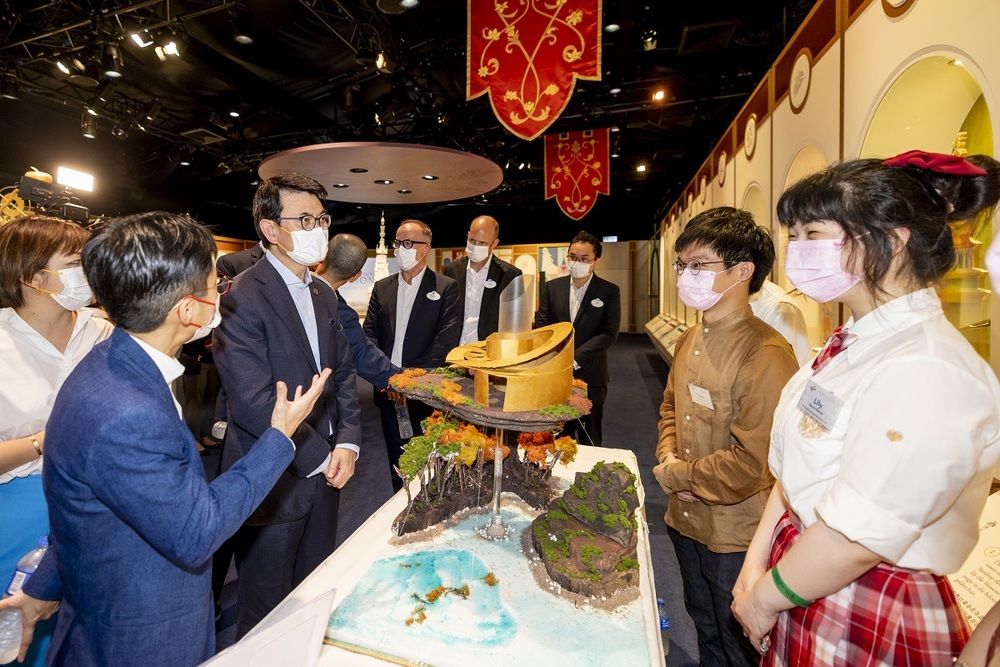 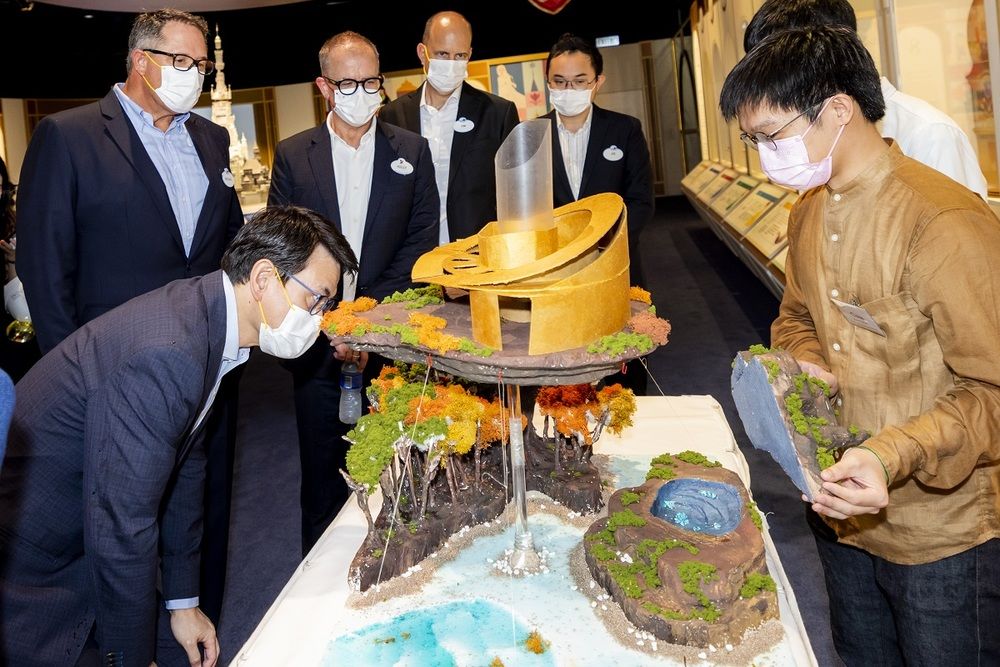 This year, over 300 students from across Hong Kong’s tertiary institutions vied for the championship at the Disney Imaginations Hong Kong 2022 Design Competition. By using their imagination and showcasing their creativity and talents, the winning team is eligible for six to eight weeks of work experience for Walt Disney Imagineering Asia at Hong Kong Disneyland Resort.

As part of this year’s conceptual project, students demonstrated their creativity by introducing the wonders and beauty of the Earth to off-planet alien tourists, so as to make them feel sincerely and warmly welcomed. The project received 92 submissions from 13 education institutions in total. Nine submissions joined a workshop and mentoring sessions after being selected for the final stage, proving their originality and innovation. This year has seen more submissions from teams being formed by students from different tertiary institutions.

Officiating at the award ceremony as the Guest of Honor, Edward Yau, Secretary for Commerce and Economic Development of the Government of the Hong Kong Special Administrative Region said, “With our continuous efforts to foster a creative atmosphere in Hong Kong with leading edge in industries like film, television, music, design, architecture, advertising, digital entertainment, printing and publishing, creative industries have become one of the most popular professions among young people.”

The competition, he noted, has, stimulated our youth’s creative minds and inspire them to think beyond boundaries, with guidance from professional Disney Imagineers.

According to Michael Moriarty, Managing Director of Hong Kong Disneyland Resort, almost 2,500 students have joined the program since the competition was launched in 2011 locally. “This competition is important for us to give opportunities to upcoming talents and encourage them to explore their creativity,” he stressed.

“We really do see this as a springboard for the next generation to step into the next chapter of their careers,” he continued. “The projects and ideas on display this year have been inspiring in showcasing not only the students’ creativity, but also their positivity, inclusivity and storytelling capability that matches with the values here at Disney.”

Creativity galore in the competition

The top honor of this year’s competition goes to Kam Long Yin, Mak Ho Lam, Li Ka Man and Yeung Chin Ho from the School of Design of the Hong Kong Polytechnic University. Under their design concept, a terminal located on the Pacific Ocean is designed for the entry and departure of aliens. Besides transportation, the terminal is an enormous theatre to showcase the dynamic beauty of the Earth and human world. Aliens reach the terminal by the high speed rail that connects the four zones and the station on the Earth.

The judges think this team is strong on telling a cohesive story and they are able to structure their presentation in a layered manner. Their presentations are accompanied by beautiful models which demonstrate great artistic and technical skills. Strong teamwork is also one of the factors contributing to their success.

The winning team is looking forward to the six to eight weeks of internship at Hong Kong Disneyland Resort. They hope they can contribute their creative ideas in different design projects.

The 1st runner-up goes to Hui Wing Sze, Ning Qian, Tang Shun Hei and Tang Chun Yu from Chu Hai College of Higher Education. Water Cycle is their design concept of which they imagined each visitor to be a water droplet, entering the water cycle as a journey! The adventure includes the natural wonders of the Earth. By going along the resort, visitors can feel the way that water flows through the Earth.

The 2nd runner-up goes to So Mei Wan and He Jia Jie from the Hong Kong Polytechnic University, Li Wing Tung from Hong Kong Institutes of Vocational Education and Chu Ka Chun from the University of Hong Kong. Their designs come with different themes to bring new exploratory experiences to guests.

Created in 1991, Imaginations is a design competition sponsored by Walt Disney Imagineering (WDI) in the United States with the purpose of seeking out and nurturing the next generation of diverse Imagineers.

With the continued success of the competition, Hong Kong Disneyland Resort was the first international site to bring the competition from the United States to Hong Kong in 2011, naming it Disney Imaginations Hong Kong Design Competition. Participants from selected tertiary institutions use their technical, artistic and creative skills to propose hypothetical concepts for an immersive experience. This is a great opportunity for participants to showcase their talents for integrating innovative and globally diverse ideas with a passion for Disney.