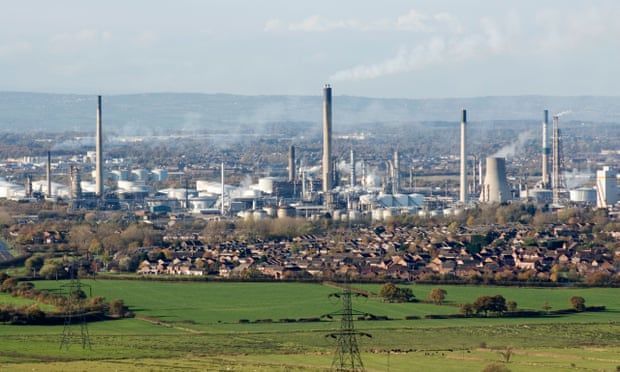 The UK’s second biggest oil refinery is locked in talks with tax officials over a deferred tax bill amid reports that it could be on the brink of collapse.

Essar Energy, which owns the Stanlow oil refinery in Ellesmere Port, Cheshire, is negotiating with HM Revenue and Customs (HMRC) over a £223m VAT payment, delayed because of the pandemic.

The Stanlow oil refinery supplies about a sixth of Britain’s road fuel, and is owned by the billionaire brothers Shashi and Ravi Ruia, through their company Essar Oil UK.

Essar says it is in positive discussions with HMRC for a short extension to its “time-to-pay (TTP) arrangement” agreed earlier this year, having repaid £547m of the £770m originally deferred.

“All companies under the TTP have been given until January 2022 to meet their commitments. EOUK had agreed to an accelerated schedule to make this payment. However, the recovery from the pandemic has been slower than predicted,” the company said, adding that it hopes for a resolution soon.

Essar Oil UK, which is being advised by EY, also insists it has made “considerable progress” to strengthen its financial position and agree new financing.

“As a result of that work over the past few months, EOUK has $1.1bn [£800m] in liquidity secured. Further, the company has now returned to Ebitda positive [earnings before interest, taxes, depreciation, and amortisation] and is therefore in a much stronger position to weather the continued challenge presented by the pandemic,” it said.

But the Sunday Times reported that the government was on alert in case Stanlow collapsed, and that it could go into insolvency if it could not raise more funds. It that happened, the refinery would be likely to be taken on by the official receiver, to keep the refinery running.

Essar Oil UK said Stanlow was operating as normal during the current fuel crisis, and supplying fuel to north-west petrol stations as normal, as panic buying hits forecourts across the country.

Since early August, the company has increased its daily vehicle shifts from 52 to more than 70, and is aiming to increase deliveries to more than 80 by the end of October, it said.
Add Comment