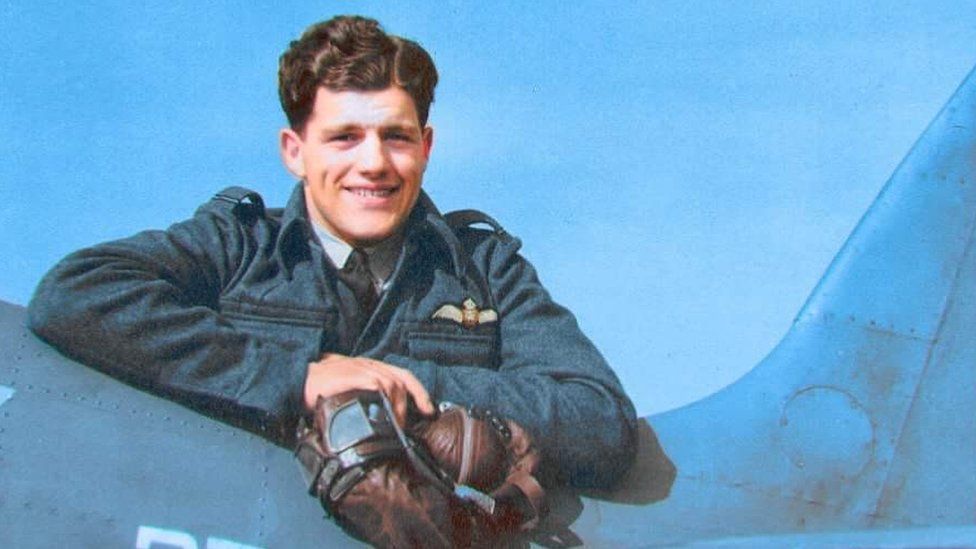 Spitfire found in peatbog slowly being pieced back together

Aircraft enthusiasts are building a World War Two Spitfire using original pieces of a plane recovered from where it crashed in a Norwegian peatbog almost 80 years ago.

Auchterarder-born pilot, Flt Lt Alastair "Sandy" Gunn, had flown the aircraft out of RAF Wick in Caithness on 5 March 1942 on a secret mission to photograph the German battleship Tirpitz.

Gunn's aircraft was shot down. He was captured, interrogated, imprisoned and later executed after the Stalag Luft III "Great Escape".

His plane, Spitfire AA810, is being restored after the crash site was located on a mountainside near the village of Surnadal, south west of Trondheim, three years ago. 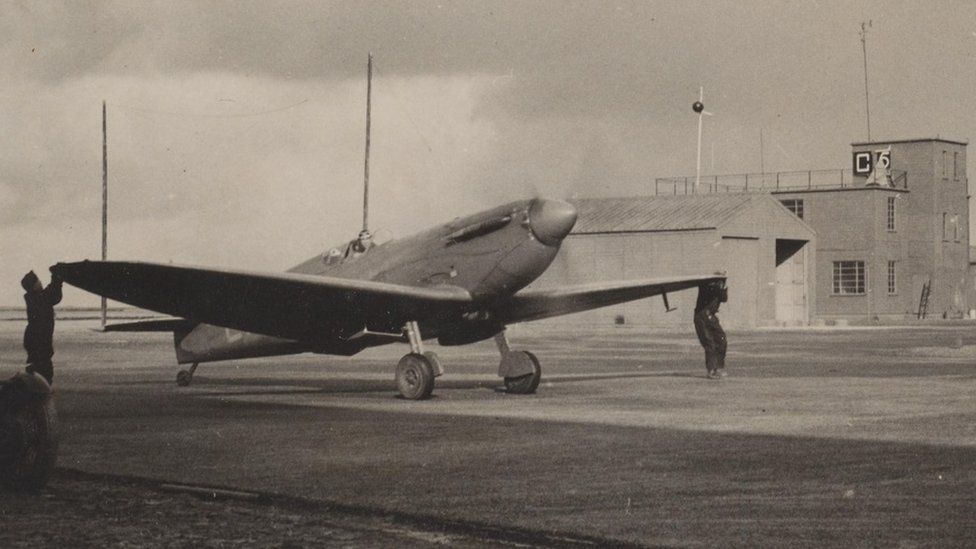 Parts of the Spitfire are still being found and many have been added to the giant jigsaw puzzle.

The plane is being put together in a hangar at Sandown on the Isle of Wight by the Spitfire AA810 Project. It hopes to have the machine airworthy by 2024.

New parts of the plane are being manufactured to replace sections that are missing or too badly damaged to use. 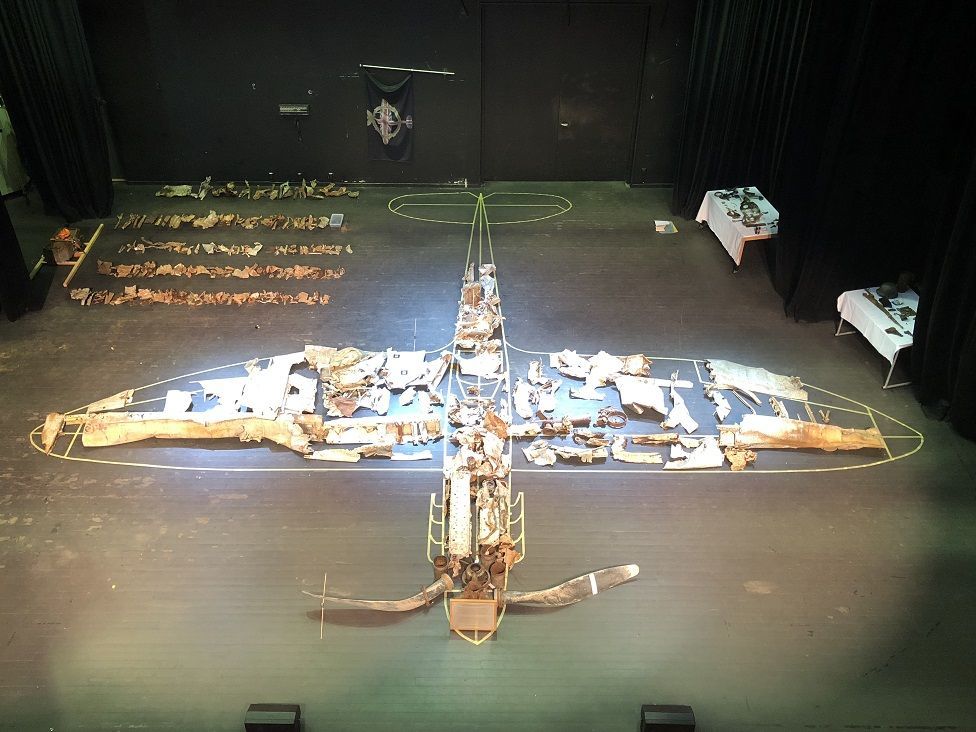 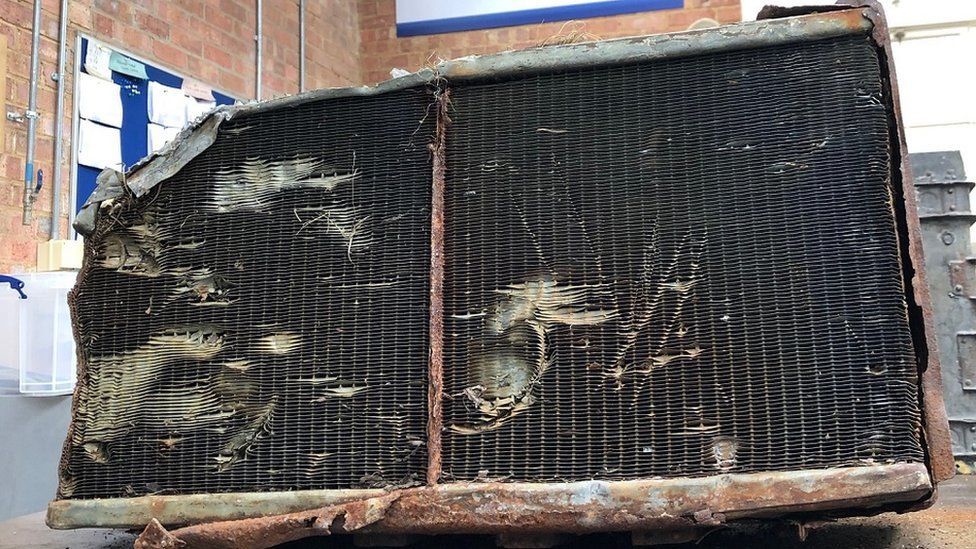 An underwing radiator recovered from the peatbog and now in the case of a specialist rebuilding facility near Oxford. 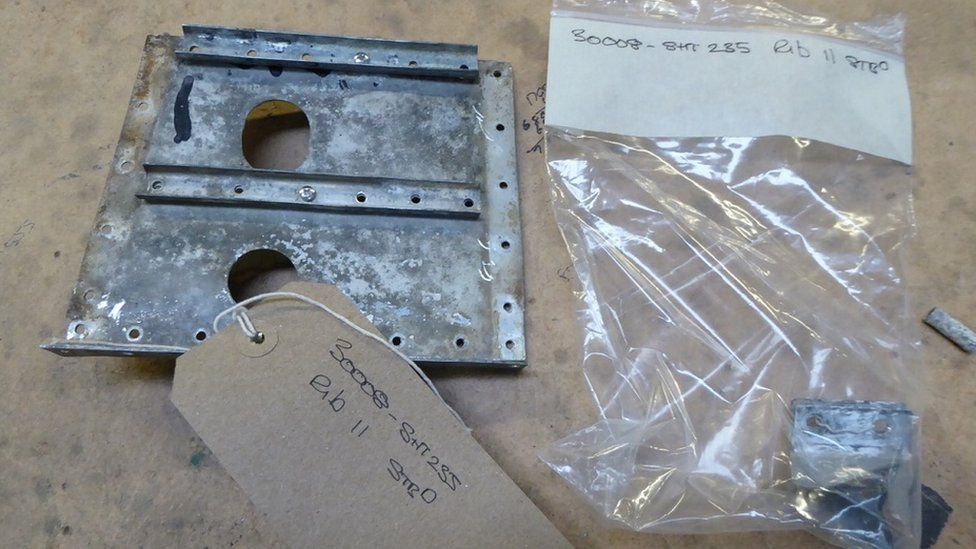 Tony Hoskins, of the Spitfire project, said: "Whilst it is sometimes more laborious to recover, repair and treat original parts compared to making new, every possible part recovered that can be used, will be used.

"We recovered a huge amount of material from the crash site, all of which had to be cleaned and sorted.

"Once organised the salvaged items can be compared to drawings and any missing or damaged bits replaced or repaired."

The work comes amid calls from the project team to erect a memorial to Flt Lt Gunn and his fellow pilots of the Photographic Reconnaissance Unit (PRU). 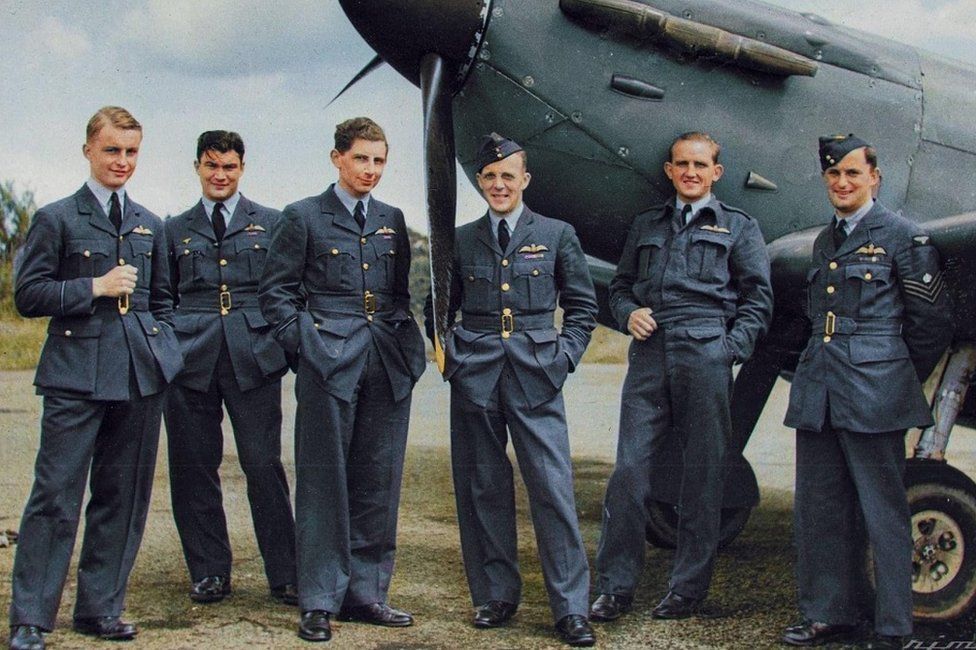 Aberdeenshire MP Andrew Bowie brought a debate to the UK parliament earlier this month to support the campaign.

Fundraising for the memorial is due to be launched soon.

The Spitfire project also hopes to find out more about Flt Lt Gunn's "Penny". The woman, believed to be his girlfriend, sent him a photograph taken in Algiers when he was a prisoner of war.

Mr Hoskins said: "On the reverse of Penny's photo a stamp shows it has been passed by the camp censor and would have accompanied a letter now sadly since lost.

"We are still looking for her."

PRU flew on clandestine reconnaissance missions and the photographs they took of infrastructure, troop movements and weapons sites were used in the planning of operations such as the D-Day landings.

The pilots' aircraft were stripped of guns and armour to make them lighter and also to carry photographic equipment and additional fuel. 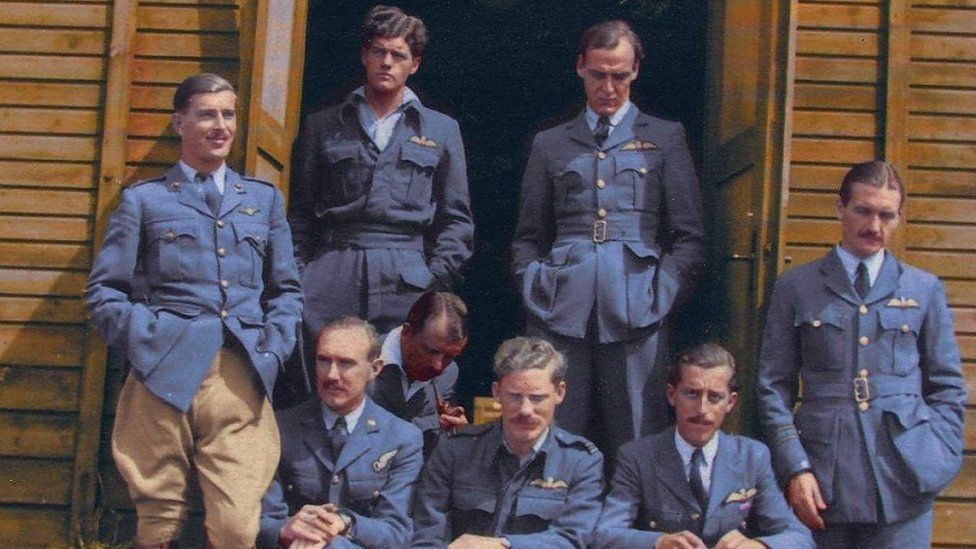 Flt Lt Gunn was one of five pilots to fly Spitfire AA810. Built in Reading, the aircraft was first flown from Henley-on-Thames in Oxfordshire on 17 October 1941.

The Germans believed Flt Lt Gunn's Spitfire had been flown from a secret air base in Norway or Sweden and used various techniques, including denying him food, during his interrogation.

Flt Lt Gunn gave details of his ordeal in letters and diaries he wrote. His interrogators even took him to a pub and poured drink down his throat in their efforts to make him talk. 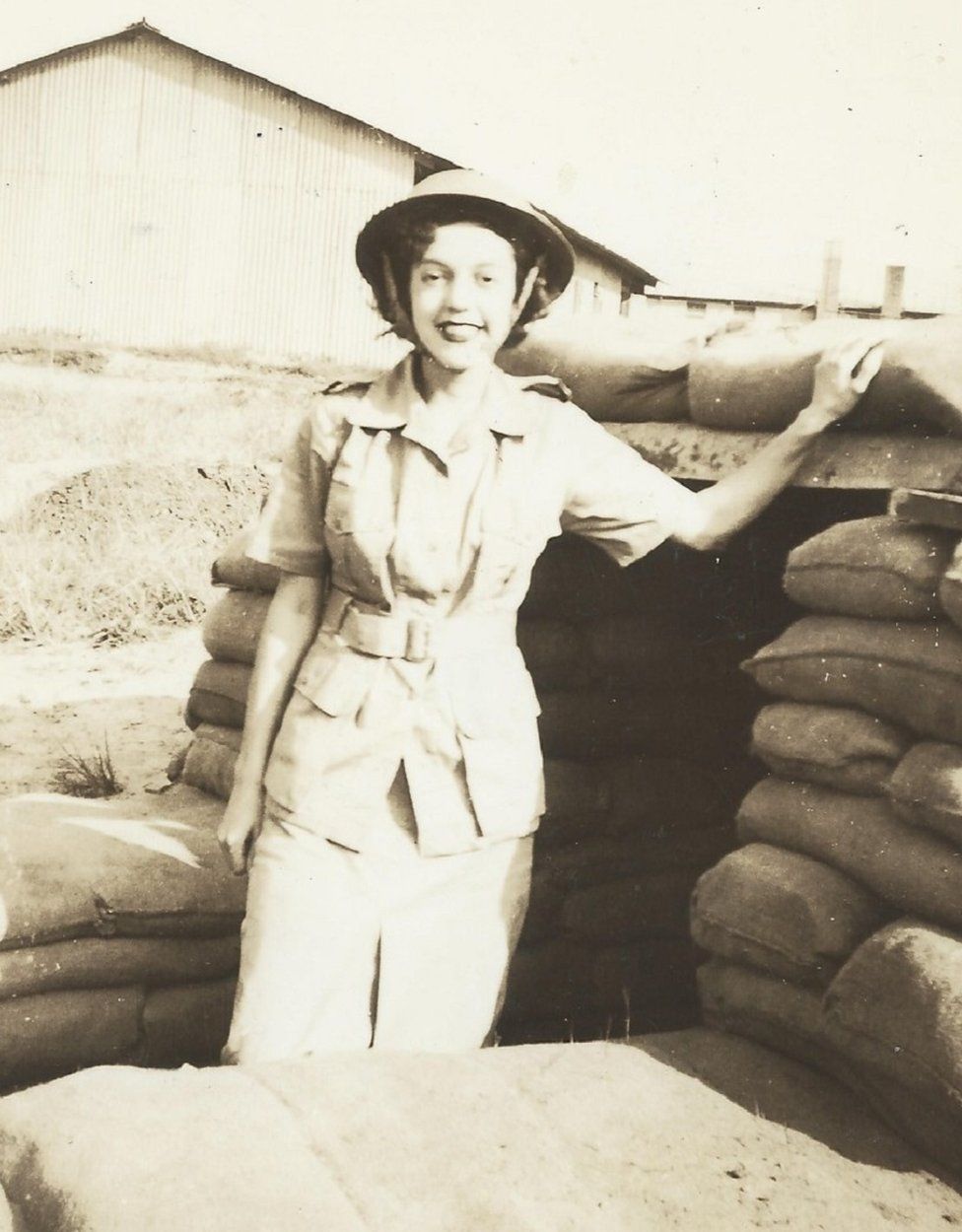 A picture of Flt Lt Gunn's "Penny" which she sent to him while he was a prisoner of war. The project team is still trying to find out who she is

The pilot, who refused to give details of his missions, was later moved to Stalag Luft III in Poland and was a key figure in the prisoner of wars' escape tunnel digging.

Flt Lt Gunn was among those to escape the camp, but he was captured after two days on the run and shot. He was 24.

He said: "These crews have never been officially recognised, their sacrifices largely unknown. In total 452 men would be casualties flying with the PRU." 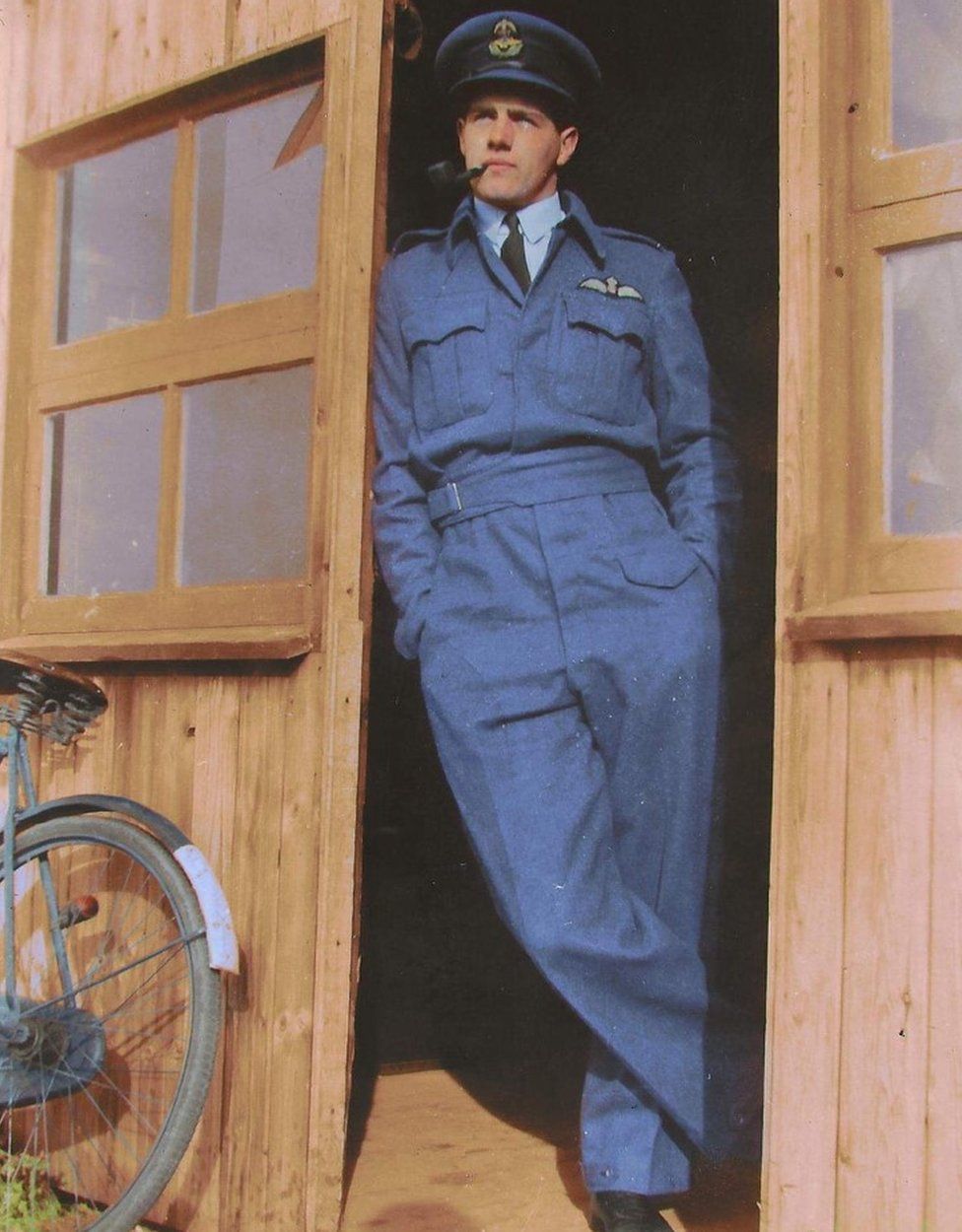