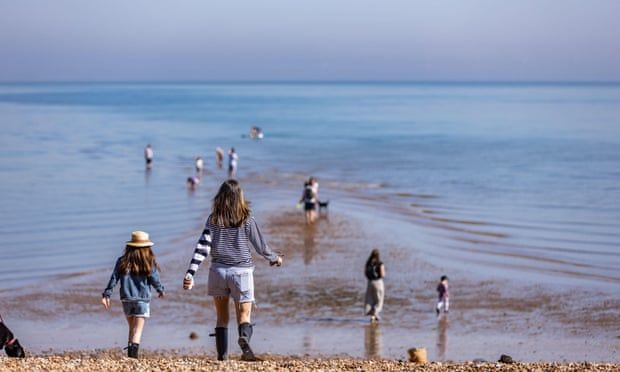 Southern Water has been fined a record £90m for deliberately dumping billions of litres of raw sewage into protected seas over several years for its own financial gain.

Mr Justice Jeremy Johnson, sentencing the privatised water company, said it had discharged between 16bn and 21bn litres of raw sewage into some of the most precious, delicate environments in the country.

“These offences show a shocking and wholesale disregard for the environment, for precious and delicate ecosystems and coastlines, for human health, and for fisheries and other legitimate businesses that operate in the coastal waters,” said the judge.

He said the company had a history of criminal activity for its “previous and persistent pollution of the environment”. It had 168 previous offences and cautions but had ignored these and not altered its behaviour. “There is no evidence the company took any notice of the penalties imposed or the remarks of the courts. Its offending simply continued,” he said.

The judge said the fine he imposed should be a deterrent to other companies and hoped it might act to prompt shareholders to ensure that the utility improved its regulatory compliance.

The prosecution followed the biggest ever investigation by the Environment Agency which uncovered “very serious widespread criminality” by the company over a period of nearly six years, which was known about at the highest level. The utility is at the centre of a continuing criminal investigation into more recent spills.

For nearly six years Southern Water deliberately poured enormous volumes of untreated sewage into the seas off north Kent and Hampshire to avoid financial penalties and the cost of upgrading and maintaining infrastructure.

The company, whose operating profits were £213m in 2019, covered up its actions by “very significant under-reporting” of the number of illegal pollution spills it had made, Canterbury crown court heard.

Since 2010 water companies have been allowed to self-report pollution incidents.

The investigation of Southern Water uncovered the worst environmental crime in the 25-year history of the Environment Agency.

The pollution damaged the shellfish industry, as faecal bacteria contaminated its product, making businesses unviable. Nearly all of the waters which received the raw sewage were covered by domestic and international environmental protections.

The judge said the overall stance of the company to the investigation was obstructive. “Cooperation was grudging, partial and inadequate,” he said.

Southern pleaded guilty to 51 counts of knowingly permitting entry to coastal waters of poisonous, noxious or polluting matter or waste matter or sewage effluent, namely untreated sewage, otherwise than as authorised by an environmental permit. Each charge represented months, and in some cases a year’s worth of discharge at the different sewage plants.

The investigation focused on 17 wastewater treatment works owned by the company in north Kent and Hampshire. It found between January 2010 and December 2015 the company deliberately ran its treatment works at less than their proper capacity. Instead of treating the sewage as required by law, it stored millions of litres of wastewater in storm tanks before releasing it to the seas, sometimes in discharges which lasted for weeks.

The dumping afforded the company “considerable financial advantage” because it avoided penalties of more than £90m, according to Ofwat, from failing to meet strict standards on discharging wastewater.

Andrew Marshall, prosecuting, said there was “long-term corporate knowledge” of the situation. Infrastructure in the waterworks was crumbling, and Southern did not maintain, repair or replace vital machinery.

The environment minister Rebecca Pow said the case was shocking. “This fine, the largest ever imposed on a water company, is absolutely appropriate and welcomed. It will rightly be paid solely from the company’s operating profits, rather than customer bills.”

David Jarrad, the chief executive of the Shellfish Association of Great Britain, called for the fine to be used to recompense the industry. He also said the Environment Agency – which has had its budget cut from £120m to £40m – should be given some of the millions instead of the Treasury.

“The sad thing about this is, yes, it will hit Southern Water hard in its pocket. That will benefit the Treasury, but will it redress the damage that has been caused to the industry and the damage caused to the environment?” said Jarrad.

“If an oil tanker had gone down and spilt oil in protected waters the oil company would have to pay millions to rectify the damage caused to the environment. But with water companies that does not happen.”

Hugo Tagholm of Surfers Against Sewage said the activities amounted to “criminal capitalism”.

In mitigation, Southern, which pleaded guilty to all 51 counts, argued the sewage dumping had not been deliberate. Richard Matthews QC, for Southern, argued it was the result of a string of “deeply regretful” mechanical and technological faults across 17 sites between 2010 and 2015.

Matthews apologised on behalf of the new board of directors and the chief executive, Ian McAulay, for “serious failures in its wastewater treatment”. He said the company was now absolutely committed to transformation, transparency and cultural change.