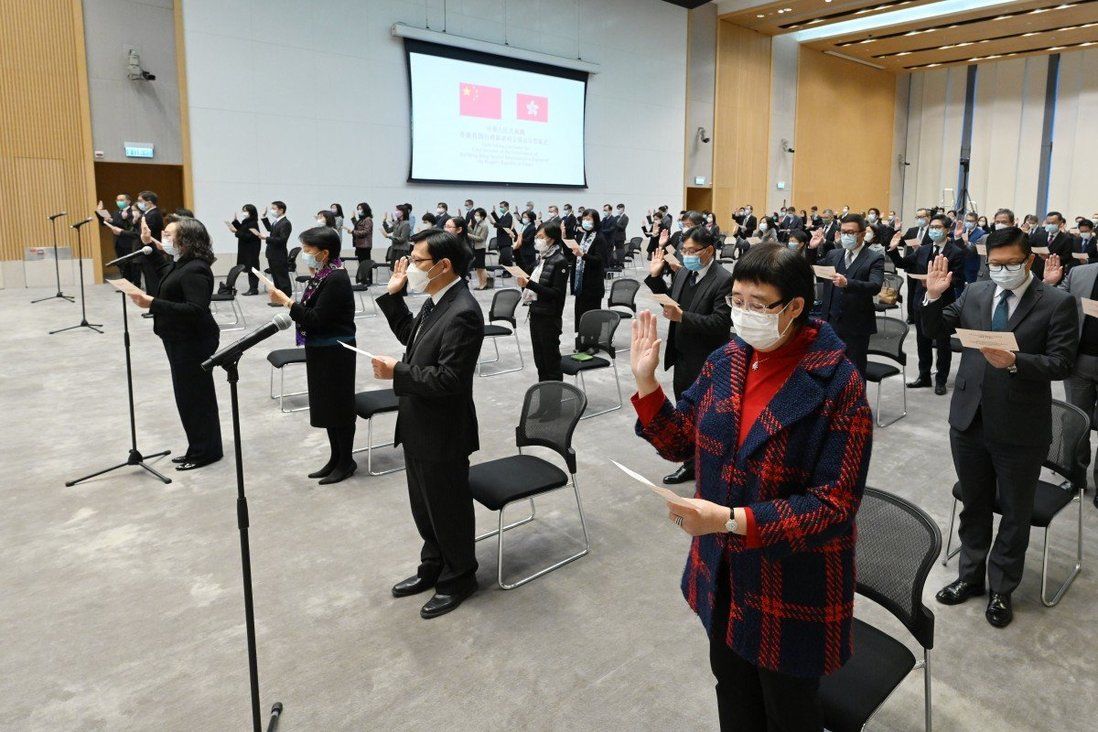 Members of the body that regulates Hong Kong’s 27,000 social workers will be required to take an oath of allegiance to the city under a government plan aimed at safeguarding national security, according to the labour minister.

Law Chi-kwong, the secretary for labour and welfare, also said he wanted to clear up a common misconception that the Social Workers Registration Board was set up to protect the working rights of the profession.

He insisted the organisation was not a workers’ union and instead performed public functions that subjected board members to the same oath-taking requirements under the national security law as other office-holders.

According to the Social Workers Registration Ordinance, the board was formed to handle the registration of social workers as well as disciplinary matters.

Writing in his weekly blog published on Sunday, Law said: “Many people have misunderstandings about the law and thought its aim was to protect social workers’ rights. They see the board as a union.

“In fact, the board was set up in accordance with the law to oversee social workers and handle their registration. It is to protect the interests of society and those whom [social workers serve] ... The board is exercising a public power that comes from the law.”

According to the legislation, a Hong Kong resident who “stands for election or assumes public office shall confirm in writing or take an oath to uphold the Basic Law … and swear allegiance to [Hong Kong] in accordance with the law”.

The board comprises 15 members, of whom eight are social workers elected by their peers. Six are appointed by the government while the director of social welfare is an ex officio member. 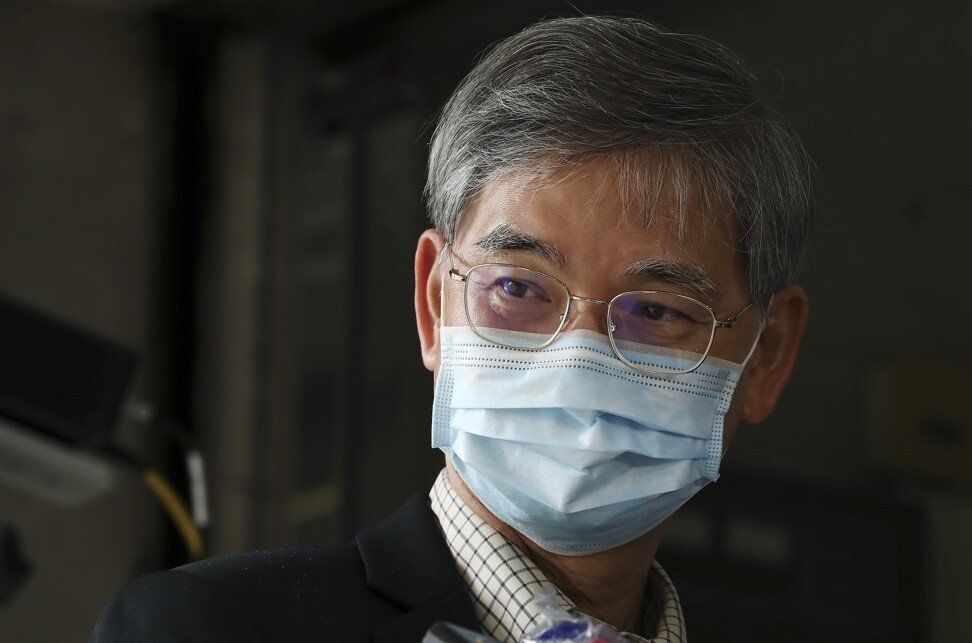 Law said it was not clear at this stage whether a change of legislation was required to ensure the board members took their oaths.

“The government is studying the oath-taking requirements for public office-holders, including the possible need to amend the law to establish the requirement for the relevant registration board members to take oaths in accordance with the law,” he said.

Currently, there are more than 26,800 social workers in Hong Kong. In recent years, some politicians have criticised the workforce’s high-profile involvement in civil movements and anti-government protests.

Since the introduction of the security law, the pro-establishment camp has also called for an overhaul of the board, accusing it of imposing overly lenient sentences on social workers guilty of misconduct.

Among the controversial cases was one involving social worker Ken Tsang Kin-chiu, who was jailed for five weeks in 2016 for assaulting police officers by splashing a foul-smelling liquid on them during an Occupy protest in 2014.

He kept his registration despite the sentencing and was later elected as a member on the board. His membership, as well as others on the board, ends on January 15 next year.

A total of 15 candidates – including seven opposition-friendly ones – are running for the eight seats on the board up for grabs in a contest currently being held by post, with the results expected early next month.

In his blog post – titled “Safeguarding national security is part of our ongoing work” – Law did not mention the election of the board members. But he said the bureau had last month consulted the Legislative Council welfare services panel on a plan to strike off social workers convicted of national security offences.

Law said the panel’s response was in general positive and the bureau would take forward the legislative amendments in the next term of Legco.