The problematic UK economy is not the only thing causing difficulties for the pound - it is also up against a very strong US dollar.

The soaring US dollar has pushed the pound to its biggest monthly fall since October 2016.

The pound shed 4.6% in August, having lost 14% so far this year, as concerns grow about the state of the British economy.

On Thursday afternoon it hovered just above $1.15. 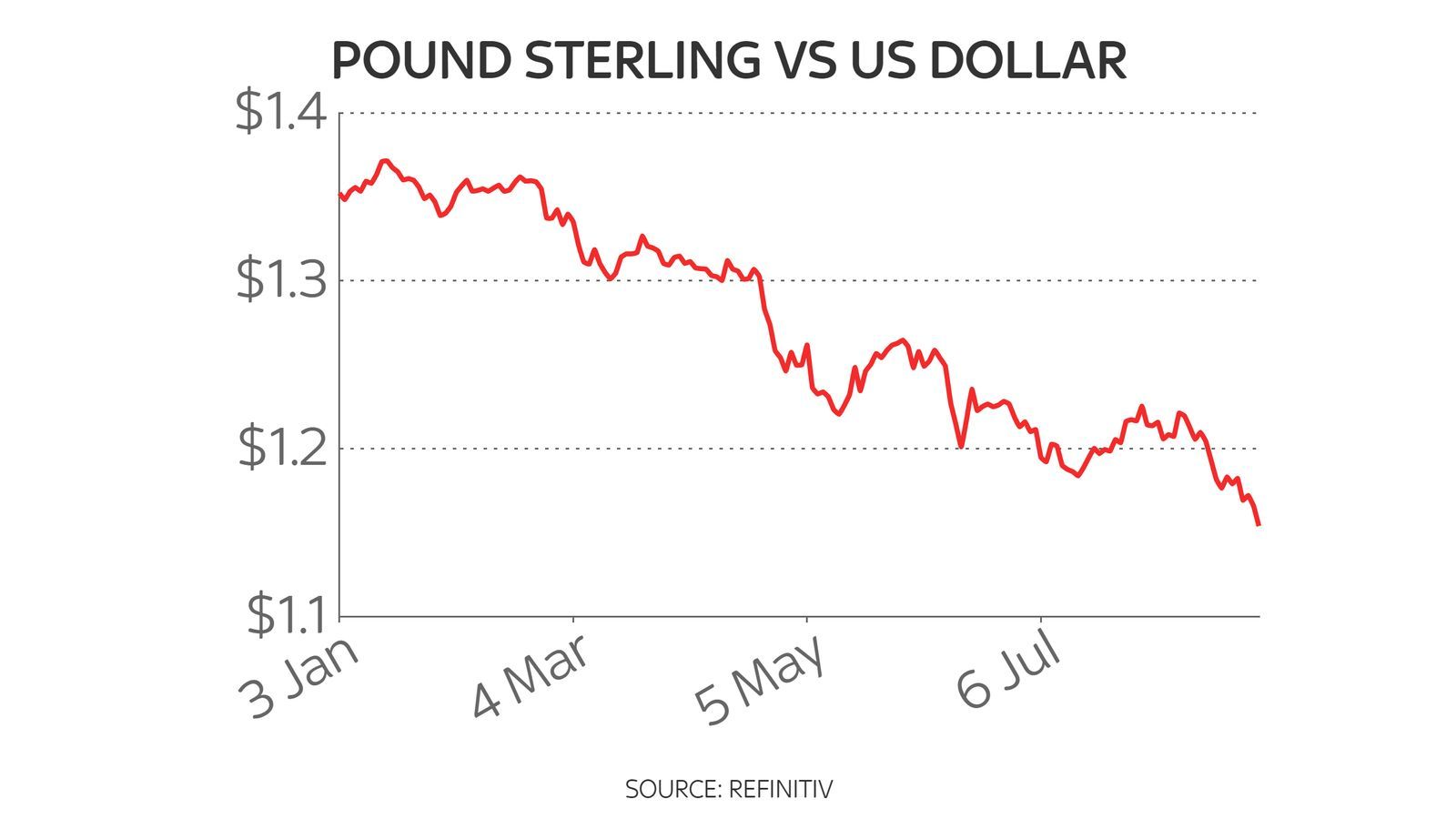 The news was not much better against the euro - August was sterling's worst month there since May 2021 and on Thursday it dropped as low as 86.7p.

It comes after UK inflation passed 10% in July - the latest figure available and the highest in 40 years - squeezing the wages of householders also facing record increases in energy bills.

Viraj Patel, global macro strategist at Vanda Research in London, told Reuters news agency: "It seems like a bit of a perfect storm now for the pound.

"There is this whole 'sell Europe, sell UK' theme going on right now and it is getting quite extreme given the myriad of
political and energy risks.

"There's also a Liz Truss risk premium starting to get priced in.

"Clearly the market is not responding well to some of the policies Truss has announced, especially the funding of the twin deficit in the UK."

Liz Truss, the foreign secretary, is widely expected to replace Boris Johnson as prime minister when the result of the leadership contest are confirmed on 5 September.

But it is not just the UK's political and economic situation that is hurting the pound - it is also against a very strong US dollar.

The greenback hit a 24-year high against the Japanese yen on Thursday and gained more than 1.2% against the euro.

Michael Hewson, chief markets analyst at CMC Markets, said of the pound's difficulties: "It's not just sterling weakness - it's a dollar strength story.

"Sterling has its problems, but they are not unique to it - high inflation, surging energy prices and falling disposable incomes."