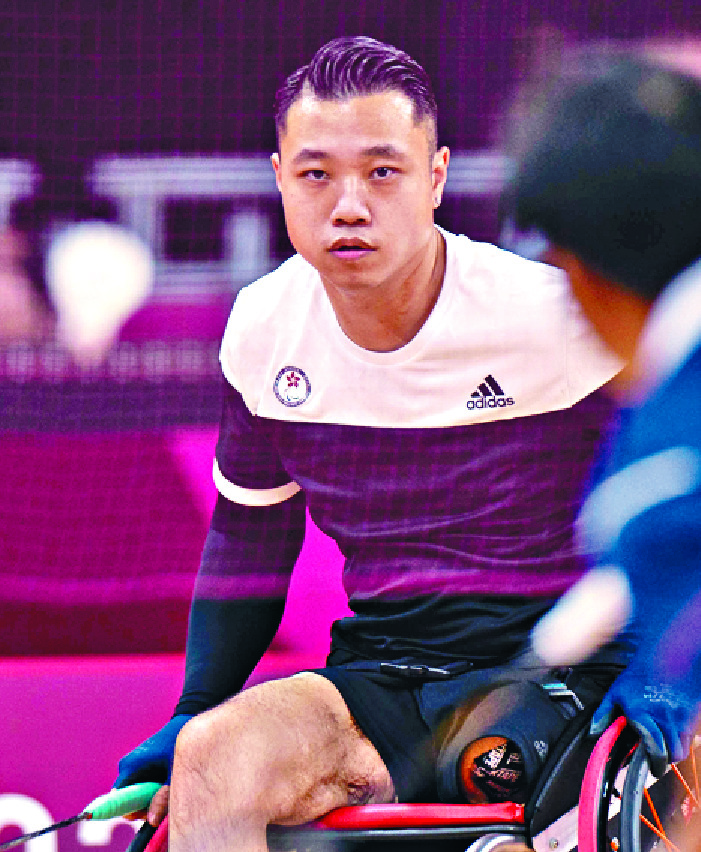 Chu and Chan's medals are also the first two medals for Hong Kong in badminton at the Paralympics as the sport made its debut this year.

Chu managed to get silver in the class SH6 men's singles after doing his best to overcome India's Krishna Nagar in the gold medal match.

Although Chu overcame a five-point deficit to tie the game at 14-14, he was unable to go on to establish a lead over Nagar and lost the deciding game 17-21.

In an interview, Chu said he performed to his own expectations, but his effort close to the end of the deciding third game missed the mark as he was more nervous than his opponent.

Expressing gratitude for the opportunity to play in the Paralympics, he thanked his coach, his family and friends for their support, as well as Hongkongers.

"People might not be able to see our blood, sweat and tears, and only see the 30 minutes when we were on the court. Therefore I hope everyone can keep up with their support," Chu said.

In another class, Chan beat South Korea's Kim Kyung Hoon in the bronze medal match with 24-22 and 21-10 in the class WH2 men's singles. Chan, the world No 2, broke down in tears after the win, thanking Hongkongers, his mother and wife .

"My mom was seriously ill during the pandemic, but she still told me to concentrate on my preparation for the Paralympics. I am not a wonder kid, but she is definitely a wonder mom," he said.

Chan added that the pressure he felt in the Paralympics was on a different level to the world championships and Asian Para Games.

Lam said: "Chu persevered and gave full play to his skills to stay ahead of competitors. Chu and Chan have made Hongkongers proud," Lam said.

Sports Institute chairman Lam Tai-fai said that although Hong Kong's medal tally in this year's Paralympics was not as good as the 2016 Rio Paralympics, he praised all athletes for overcoming their disabilities and preparing for the Games under the pandemic.

Later in the evening, Hong Kong's boccia team arrived back in the city. Leung Yuk-wing said media coverage of the Paralympics was very encouraging.

However, he added: "The difference between the prize money given to Olympians and Paralympians is huge. As the time and effort by the athletes are the same, the gap should be narrowed."