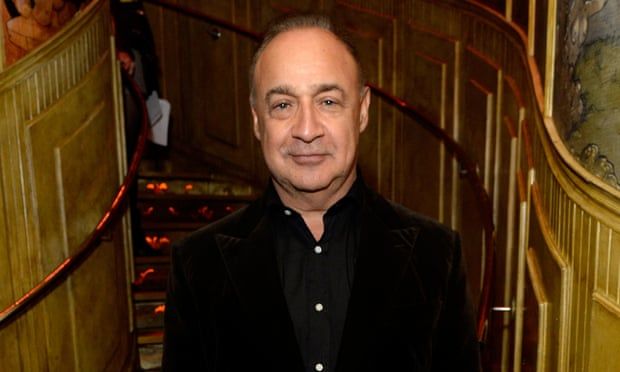 Sir Len Blavatnik’s massive increase in wealth during the pandemic – up by £7.2bn to £23bn – has made him Britain’s richest man once more, according to the Sunday Times rich list. He has made recent gains from glamorous businesses such as record label Warner Music and sports streaming provider Dazn. But the original source of the Ukrainian billionaire’s wealth was energy and metals companies formed around the breakup of the Soviet Union.

Blavatnik, 63, was born in Odessa, in Soviet Ukraine, emigrating to the US with his family in 1978 after studying in Moscow. In 1986, he founded Access Industries, a privately held industrial group based in the US.

Blavatnik became a US citizen in 1984 and a British citizen in 2010, but Access Industries’ website does not reference his dealmaking in Russia. As the Soviet Union started to collapse, he started buying Russian aluminium companies that would eventually form part of Rusal.

In 2013, his company sold its stake in the scandal-hit Russian oil venture TNK-BP for $7bn. Blavatnik was on the board of the aluminium miner Rusal until 2016, and he is the founder of one of its major shareholders, Sual Partners.

He then made billions by buying out heavy industrial companies, including the Texan chemicals and plastics company LyondellBasell and Calpine, , which runs gas-fired power plants.

In more recent years, Blavatnik has pivoted away from mines and smokestacks towards showbusiness. Last June, he cashed in $1.9bn in shares in Warner Music, the label of artists including Ed Sheeran, Dua Lipa and Bruno Mars – the latter played at Blavatnik’s 60th birthday party, according to the Financial Times. Blavatnik had bought Warner in 2011 for $3.3bn, and the remaining Access stake is worth $13bn.

Meanwhile, London-based Dazn aims to be the “Netflix of sport”, and in March swooped for rights to Italy’s top football league.

Gilding Blavatnik’s fortune are big donations to some of the UK’s most prominent cultural and educational institutions. His name adorns the large extension to London’s Tate Modern art gallery after a £50m donation, as well as Oxford University’s Blavatnik School of Government following a £75m donation.

He has also sought political influence. In the US, Blavatnik mainly gave to Democratic politicians before 2014, but his spending then shifted to the right, with donations of millions of dollars to Republican causes and a $1m donation to Donald Trump’s inaugural committee.

Blavatnik is based in London, where he owns a mansion in Kensington Palace Gardens that has been valued at up to £200m. He is married to US-born Emily Appelson, and has five children.
#donald trump
Add Comment