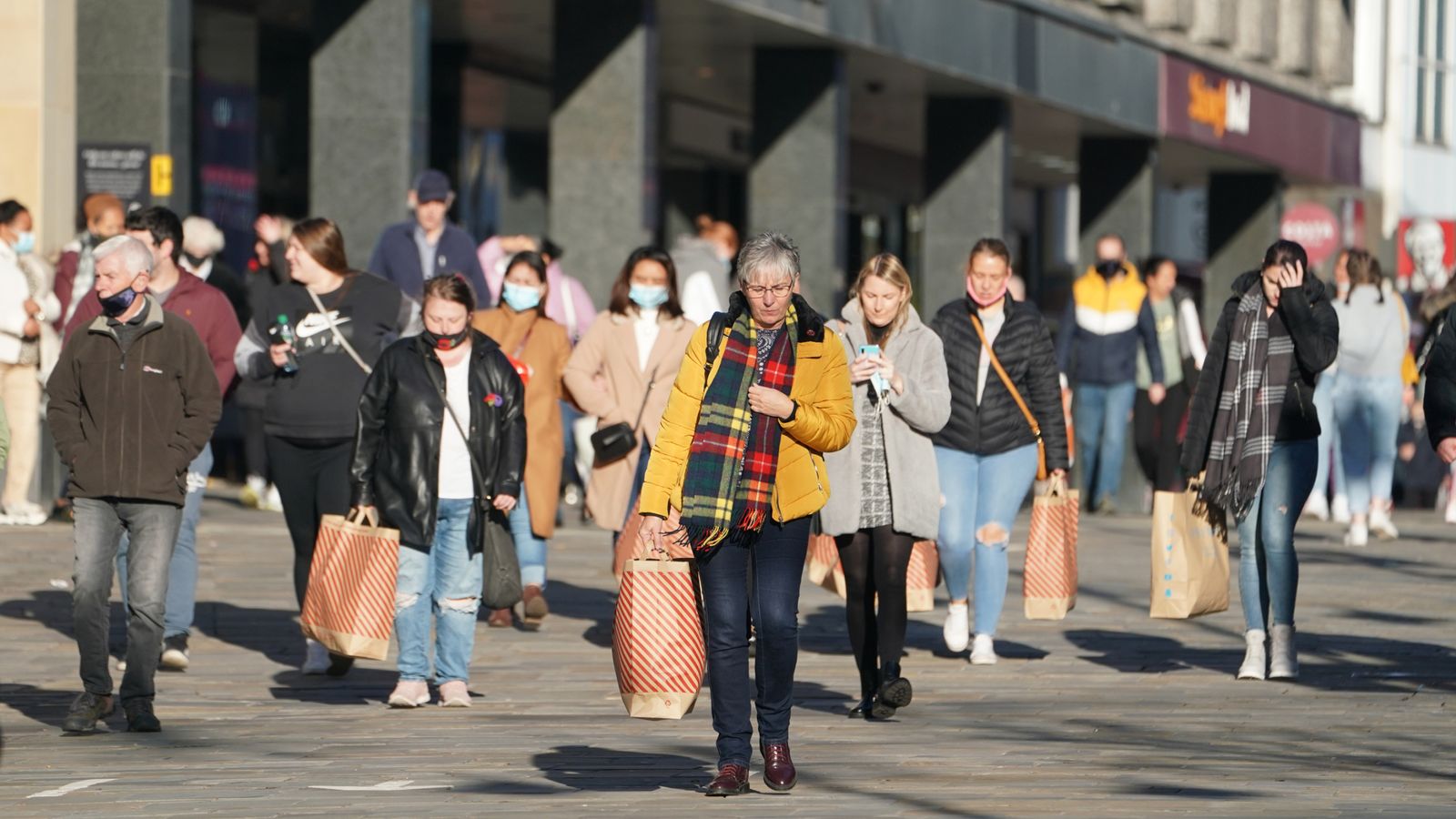 The latest figures suggest there is still some momentum behind the UK's economic recovery, despite surging inflation from higher fuel and household energy bills.

Retail sales rose for the first time in six months during October, according to official figures, suggesting shoppers started their hunt for Christmas gifts early as pressure intensifies on household budgets.

The Office for National Statistics (ONS) reported a 0.8% increase in volumes last month compared to September - with clothing among categories leading the way.

It said that fashion sales were just 0.5% below pre-pandemic levels, adding that "some retailers (were) suggesting that early Christmas trading had boosted sales." 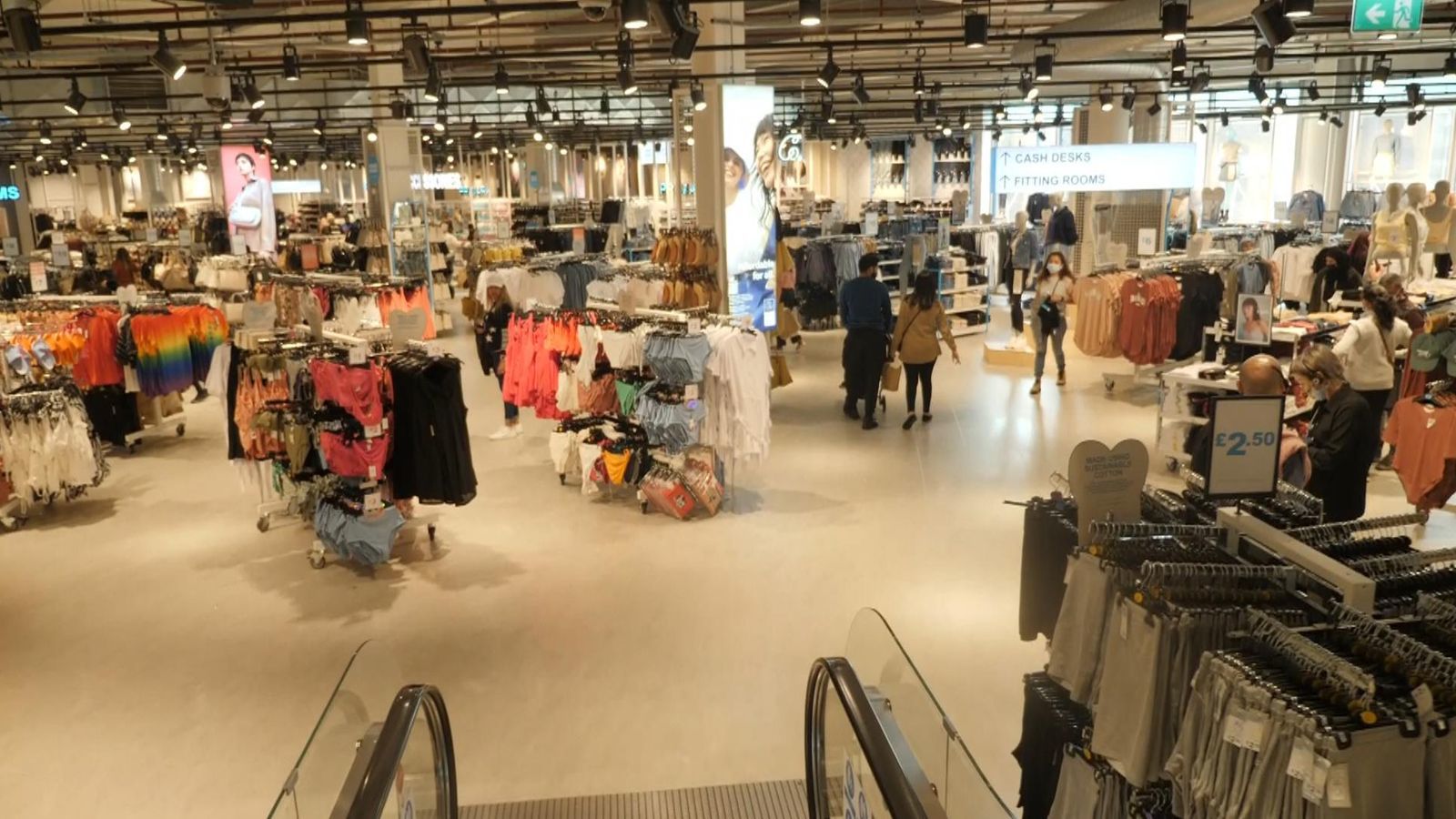 Non-food led the growth more generally amid warnings about product availability in some quarters, though fuel sales were down sharply to normal levels - a consequence of the end of the panic-buying saga that was prompted by a reaction to a shortage of tanker drivers to deliver supplies.

Online sales fell to lows not seen since the start of the pandemic, according to the ONS data, which will give some comfort to physical stores ahead of their busiest season of the year.

The figures are important as they are a big barometer of the economy, which is dominated by consumer spending in the UK.

It suggests some momentum after the last set of growth figures revealed a slowdown as rising costs, linked to global supply chain woes and labour shortages, were having a negative effect across the economy.

Figures this week showed the rate of inflation hit its highest level for almost a decade in October - led by surging fuel and household energy costs.

The ONS figures were released as a closely-watched measure of consumer confidence edged up for the first time in four months, despite the leap in living costs.

GfK's index had stood at its weakest level since the early 2021 lockdowns ahead of the latest survey, carried out earlier this month at a time when fuel and energy bills were surging.

It showed people were more willing to purchase expensive items in the run-up to the key Christmas season, though the index still came in at -14.

Joe Staton, GfK's client strategy director, said views on the economy had improved despite rising inflation and the prospect of higher interest rates, although consumers were less buoyant about their personal finances.

"This weakness is important as it reflects day-to-day plans to save or spend and is a strong driver of overall UK economic growth," Mr Staton said.

"However, one highlight for both physical and virtual retail is the seven-point jump in major purchase intentions in the run-up to Black Friday and Christmas."

But Samuel Tombs, chief UK economist at Pantheon Macroeconomics, predicted an easing in sales this month as the pace of price increases starts to be felt by consumers.

"October's rise in retail sales ends the unprecedented five-month run of falling sales, but the pick-up appears to reflect consumers purchasing Christmas presents earlier than usual due to warnings about product availability, rather than a sustainable improvement," he wrote.

The Bank of England earlier this month put the country on notice that an interest rate rise, to cool inflation expectations rather than prices outside its control such as oil, was on the way.

Its chief economist Huw Pill used remarks to a conference on Friday to suggest the weight of evidence was shifting towards a hike next month but that he had not made a decision and markets would do better to focus on the longer term.

Financial markets are split on whether it will happen next month or in February, as the Bank has signalled it is awaiting more data on the pace of the country's economic recovery.

While employment figures covering last month were mostly positive following the conclusion of the furlough scheme, policymakers will be anxious not to choke off growth through a rise in borrowing costs.