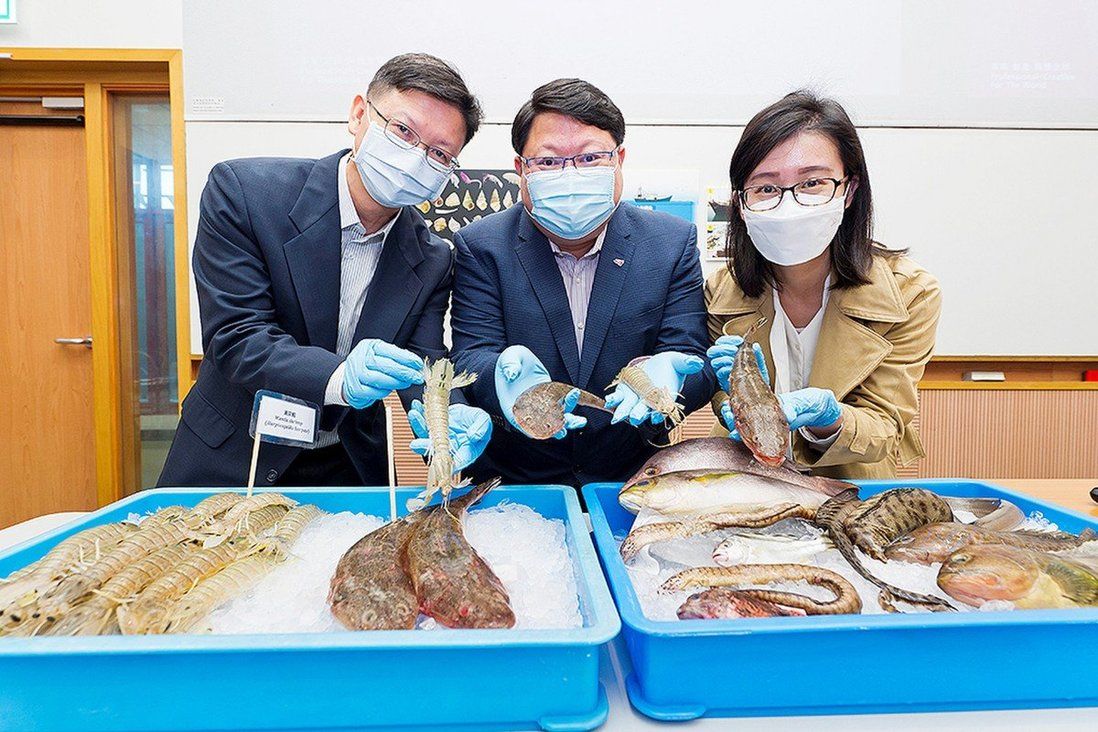 Shrimp and shellfish bounced back after Hong Kong banned trawling

But the government could better protect marine biodiversity by increasing regulation of the fishing industry, including limiting the size of fish that could be caught, said lead researcher Professor Kenneth Leung Mei-yee, director of the State Key Laboratory of Marine Pollution at City University on Thursday.

Among the four species of mantis shrimp found in Hong Kong, one type had increased 88 per cent in weight, according to Leung.

“Our findings show support for the trawl ban and the effect is very significant,” Leung said. “One of the more interesting findings showed that mantis shrimp in Hong Kong’s western waters have grown bigger. As they make their burrows in the seabed, the ban on trawling means they can live and grow in peace.” 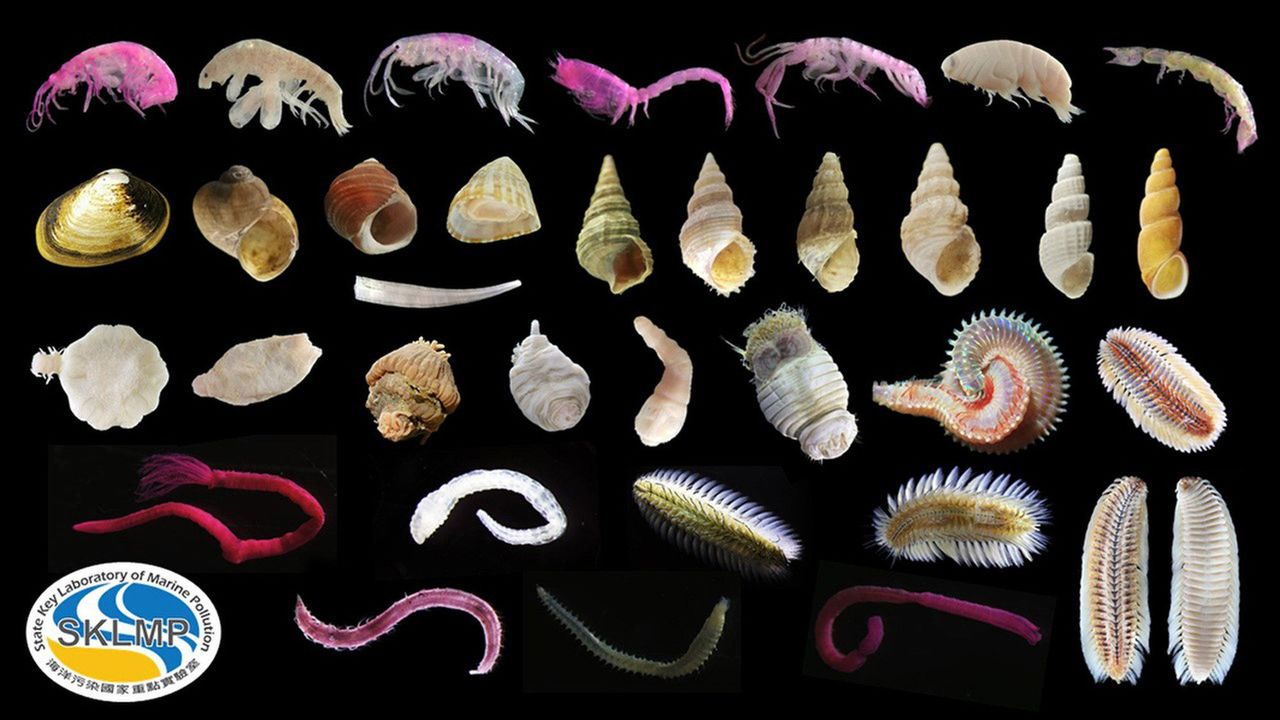 Organisms that live on the sea floor in Hong Kong waters including worms and shellfish.

Fishing trawlers attach large nets to metal chains or cables and drag them behind the boat, or sometimes many vessels, sweeping up all marine wildlife whether it is economically useful or not. The method repeatedly damages the sea floor, as the nets dredge up sediment and the nutrients creatures need to survive, according to Leung.

The research team compared marine life from 28 areas around Hong Kong, including off Lantau Island and Tolo Harbour, collected in 2012, the final year before the ban came into force, against samples taken in 2015.

They found the number of worms, shellfish and other bottom-dwelling creatures had multiplied 3.3 times, which Leung called an encouraging finding for marine health in Hong Kong.

Baptist University biologist Dr Qiu Jianwen, who was also involved in the study, said: “The recovery of these smaller worms or other organisms are important to the overall recovery of marine biodiversity, as they are usually food for other fish and shrimp.

“If these animals have recovered, then it is possible other larger animals will slowly recover, but at a slower pace.”

The study, published in the journal Communications Biology, was only the second in the world to examine the effects of a trawling ban in tropical waters.

But the researchers noted other factors, such as an increase in legal fishing along the southern coast of Hong Kong and a lack of oxygen caused by algal blooms in Tolo Harbour had hampered the recovery of local ecosystems.

They did not see any increase in the number of molluscs in Tolo Harbour, as the animals could not move far enough away to escape low-oxygen areas unlike fish or shrimp. “Improving the water quality here is the only way for the molluscs to be able to recover,” Leung said.

The team found the stocks of fish, crustaceans and molluscs in the southeast and southwest waters failed to recover even after the ban, which Leung said was likely due to the episodic appearance of large droves of sea urchins, which chased off other animals.

Fishermen had also moved to operating in the southern area in the two years after the ban. Illegal trawling outside Hong Kong waters, where the city has no enforcement power, had also continued to deplete seafood levels, according to Leung.

“If we want marine biodiversity to recover, banning trawling is definitely the way to go,” Leung said, adding the government could do more to improve the recovery rate.

“For example, Hong Kong should regulate the size of fish that fishermen are allowed to catch so that the animals have a chance to grow and reproduce, while minimising marine construction work and increasing enforcement of illegal fishing can also help,” he said. 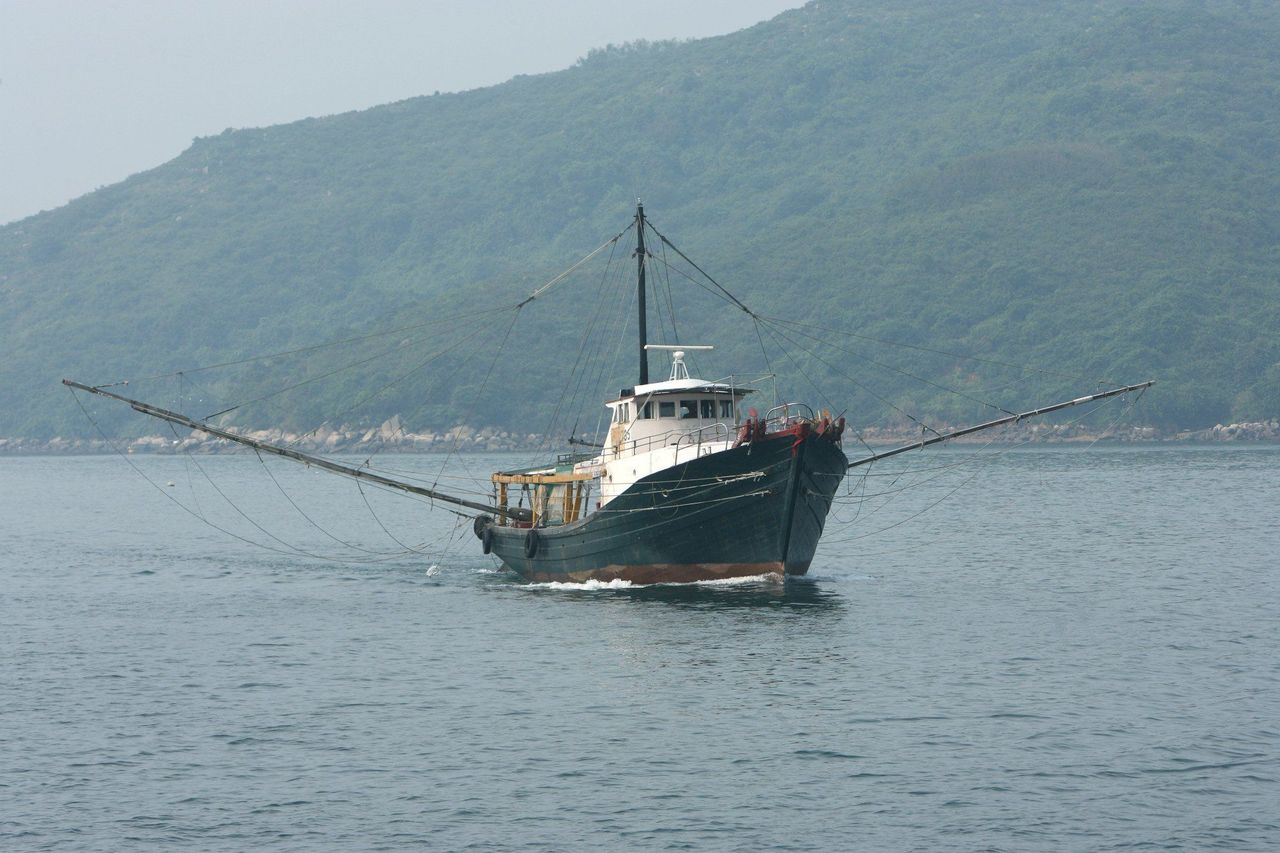 The Agriculture, Fisheries and Conservation Department said 28 cases involving illegal trawling and other fishing activities were succesfully prosecuted between 2018 and 2020, and it carried out more than 1,000 patrols every year.

The department also noted it had taken suggestions contained in the Committee on Sustainable Fisheries report released in 2010 and had since implemented a variety of measures, including registering local fishing vessels for operation in Hong Kong waters, limiting new entrants and maintaining an appropriate level of fishing.

It had also restricted fishing activities of non-fishing vessels, prohibited fishing by outside boats and established a Sustainable Fisheries Development Fund. The department said it would continue to explore other management methods and welcomed suggestions.

Angel Lam Yin-ha, manager of ocean conservation at WWF-Hong Kong, agreed the results of the study were encouraging.

“However, it would be great if there could be more longer-term studies that look at whether fish living in different levels of the ocean have recovered, not just on the seabed,” she said.

While regulating catch sizes and limiting where fishermen could operate would help, illegal fishing remained a significant problem, Lam said. Fishermen in Tai Po working with the conservation group had observed a rebound in fish stocks in the two or three years immediately after the ban, but boats from mainland China including trawlers had illegally sneaked into local waters and depleted the stock.

“Ultimately, we need Hong Kong and the mainland to work on enforcement together. Otherwise even if Hong Kong is doing its best, it would not be enough because fish know no borders,” she said.

Setting up areas where fish nursing grounds would be protected, along with marine parks, would be the most effective measure to help seafood thrive, Lam said, adding: “The trawl ban was put in place in 2012, but there has not been much else since then to help promote sustainable fishing, so we hope the government can move faster on these measures.”