The option of paying in instalments appears attractive, but the buyer ends up paying more in interest costs, analysts said.

The first 165 apartments in phase 1A at the Novo Land project in Tuen Mun were priced at an average of HK$13,188 per square foot, about 12 per cent cheaper than the launch price last month at CK Asset Holding’s Grand Jete project in the same neighbourhood, according to SHKP.

Buyers of the 15 studio units at Novo Land will be entitled to pay by instalments, beginning with 40 per cent of the home loan in the first three years, rising to 70 per cent in the fourth through sixth years, and 100 per cent from the seventh year under a 30-year loan tenure. 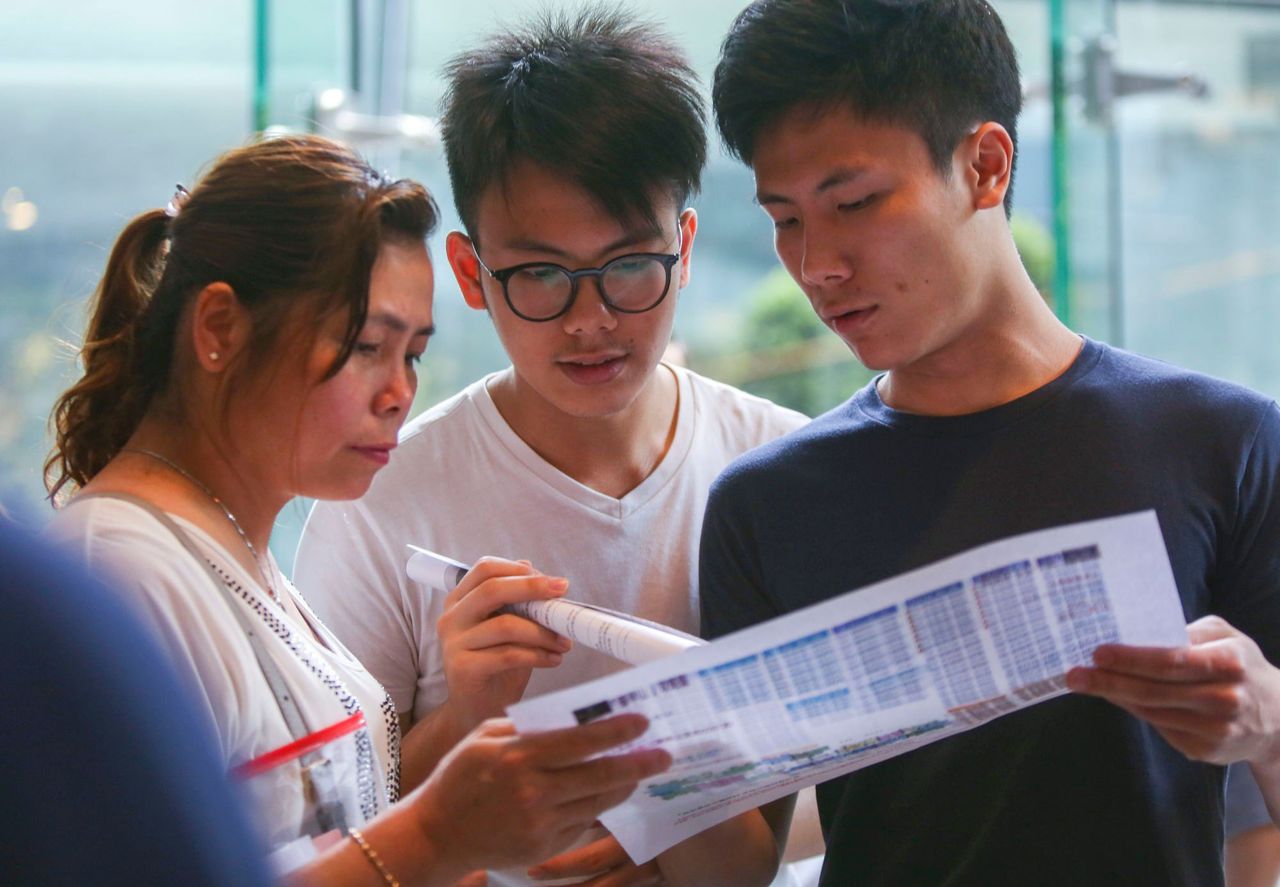 Potential homebuyers queued up for Mount Regency apartments in Tuen Mun at Sun Hung Kai Properties’ sales office at the International Commerce Centre (ICC) in West Kowloon on 12 May 2018.

Novo Land comprises 4,585 apartments in six phases. The buyer of a HK$3.41 million studio can borrow up to 85 per cent of the flat’s value in a 30-year loan at 2.5-percentage point discount to prime rate (5 per cent), translating to HK$4,586 in monthly instalments for the first three years.

The monthly payments would rise to HK$10,980 per month in the next three years before increasing to HK$16,176 per month from the seventh year onwards, SHKP said.

The option of paying in instalments appears attractive, but the buyer ends up paying more in interest costs, said Raymond Chong, chief executive officer and founder of StarPro Agency.

“The purpose of these incentives is mainly to boost sales,” Chong said. “Buyers who opt for these deferred mortgage payments will face higher interest expenses than normal home loans.”

The total interest costs for the instalment payment plan will amount to HK$2.3 million, 110.7 per cent more than the HK$1.09 million expense in an immediate payment scheme, according to calculations by mReferral Mortgage Brokerage Services.

SHKP, the largest Hong Kong developer by market value, was not the only builder to throw discounts and easy – payment incentives to entice customers.

“More developers will sweeten their home loan schemes to fight for buyers in view of abundant supply of new flats this year,” said Vincent Cheung, the managing director of Vincorn Consulting and Appraisal.

“More home seekers prefer to stay on the sidelines to assess the impact on the market,” he said.

Couture Homes, wholly owned by CSI Properties, extended the contract completion timeline for buyers of its Dukes Place duplex units at Jardine’s Lookout on Hong Kong Island to 999 days on Monday, eight times longer than the standard 120 days in the city.