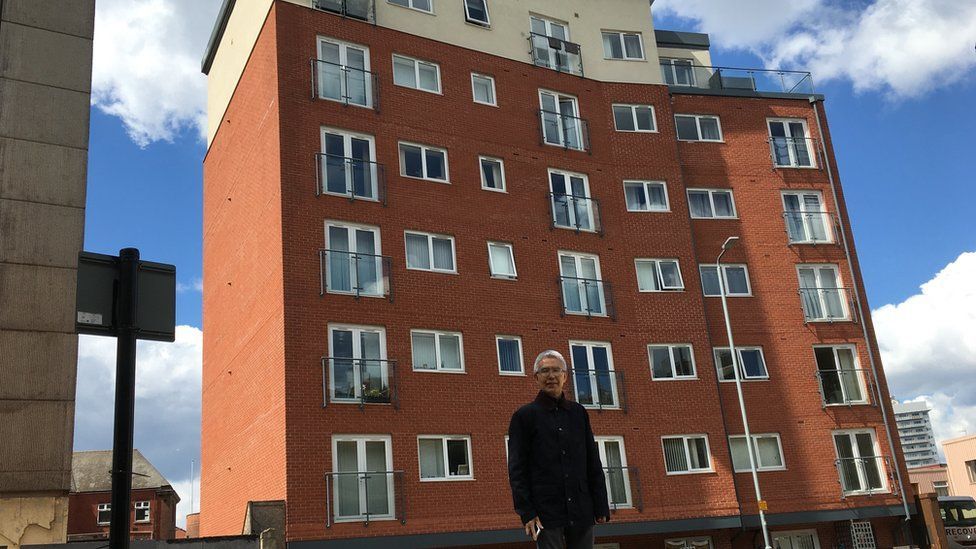 MP Clive Betts has written to the government to ask why new guidance designed to help about 500,000 leaseholders sell or remortgage their flats is not being followed.

It was issued by the Royal Institution of Chartered Surveyors (RICS) in March.

But although mortgage providers were consulted on the guidance, Money Box has found some lenders are ignoring it.

The extra checks are called an Exterior Wall System form, or EWS1, and were introduced in the wake of the Grenfell Tower fire in which 72 people died.

That form is supposed to provide assurance for buyers, sellers and, crucially, mortgage providers about whether or not a flat is safe to buy, sell, or lend against, depending on whether it has flammable cladding, vertically stacked balconies or other issues.

But Money Box listener Jie Shen, who is trying to provide for his retirement, is selling a flat which has neither of those problems.

He says three separate mortgage providers have turned down his prospective buyer because Jie's building doesn't have an EWS1 form - even though the RICS guidance says it doesn't need one.

"I feel like I'm trapped into this situation. I can't move on with my life, I'm just locked into this and I don't know how to resolve this," he says.

"I think the mortgage lenders should follow the advice from RICS and shouldn't insist on an EWS1 form [for a building] that does not contain flammable cladding.

"I just don't understand why the mortgage provider insists on this - it's just bureaucracy."

'System is a complete failure'

Another complication for Jie, and many others like him, is that getting an EWS1 form is not in his power, even if he wanted to get one.

He is a leaseholder and the decision to pay for the survey needed to get the form lies entirely with the freeholder who owns his building.

In Jie's case, the management company of his building, representing the freeholder, has quoted the RICS guidance to show the building should not require an EWS1 form, leaving Jie utterly stuck.

But Jie's buyer has been turned down by three mortgage providers exactly because he doesn't have an EWS1 form. And so it goes round and round, with Jie left in limbo.

It's hearing about cases like Jie's that has made Mr Betts act.

Writing to the Secretary of State for Housing, Robert Jenrick, Mr Betts, while recognising that the EWS1 is "a process led by industry", has asked two key questions on behalf of the committee:


*  The actions that the government plans to take in the event that mortgage lenders continue to insist that EWS1 forms are obtained for buildings that do not meet RICS criteria.

He has requested answers by the end of May.

Mr Betts has also asked people who find themselves in the same position as Jie - when the RICS guidance shows their tower block doesn't need an EWS1, but when lenders are insisting on one - to email the committee at "hclgcom@parliament.uk".

Speaking to Money Box after hearing about Jie's case, Mr Betts said: "The system was set up with the lending industry and the surveying industry to work together to give reassurance to lenders. That's its whole purpose.

"So if it isn't giving reassurance to lenders to lend on buildings which the system says don't need a certificate... then the system is a complete failure and it needs taking up with both RICS and the lenders, so it doesn't leave people stranded in homes that they can't sell and can't remortgage."

UK Finance, which represents nearly 300 banks, building societies and mortgage providers, says it's supportive of the guidance but it's down to individual lenders whether or not they implement it, based on their own risk appetite.

It also told Money Box that while lenders instruct valuers to complete property valuations, it's the valuers who determine whether or not EWS1 forms are required.

The Department for Housing, Communities and Local Government told Money Box it wanted to encourage "a sensible, proportionate approach to risk and for lenders to accept alternative forms of assurance", adding that it was investing £5bn to help protect leaseholders from the cost of replacing unsafe cladding on their homes.