The UK-wide industrial action by members of the RMT union took place on Tuesday and continues on Wednesday, Friday and Saturday.

ScotRail said the strikes meant it would also be unable to provide a full service on Thursday.

Meanwhile, flood damage has closed the main rail line between Glasgow and Carlisle until Friday.

In the meantime Avanti West Coast has advised people not to travel to and from Scotland on the west coast main line.

About 40,000 Network Rail workers are expected to take part in the nationwide strikes over a pay dispute.

ScotRail said the action meant it would not be able to run the vast majority of its services.

On strike days the train operator will run services on 12 routes across the central belt, Fife and the Borders between 07:30 and 18:30.

Although there will be no strike on Thursday, the same limited timetable will be in operation. Some additional routes may be added but customers should check in advance. 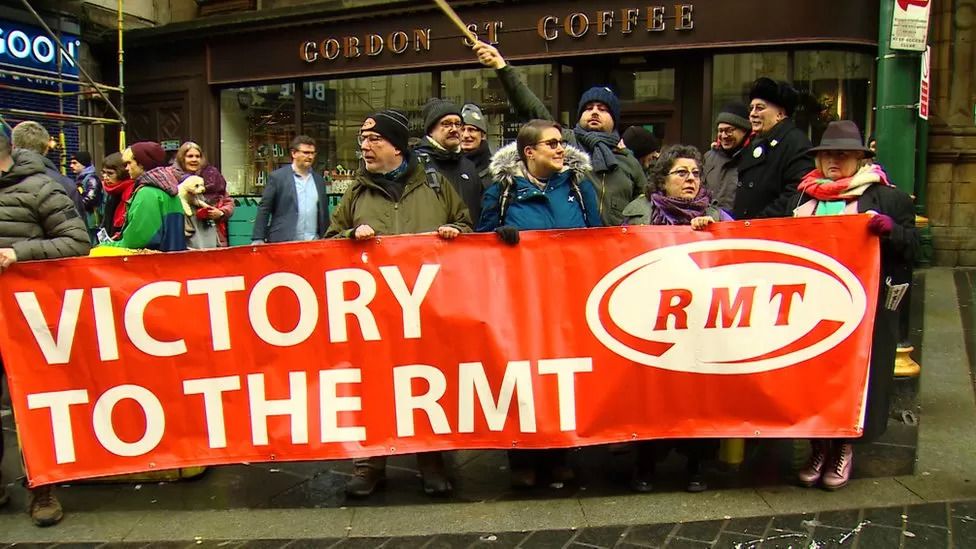 RMT members on the picked line in Glasgow last month
David Simpson, ScotRail service delivery director, said: "It's really disappointing to see more widespread disruption across the whole Great Britain rail network as a result of the dispute between Network Rail and the RMT at a time when we need to be encouraging more people back to the railway.

"For ScotRail, it's going to mean that we won't be able to operate the vast majority of our services between 3 and 7 January, which we know will be really frustrating for our customers.

"We're advising customers to seek alternative means of transport and to only travel if they really need to on the days of strike action.

"Customers should check their entire journey in advance to make sure their train is running."

Meanwhile engineering work is continuing on the West Coast Mainline near Carstairs, where an embankment under the railway was damaged during heavy rain on Friday.

Network Rail said its engineers were working round the clock to remove landslip material along a 40m section of the line.

They also need to reinforce the area with more than 200 tonnes of new stone, relay the track above and check signalling in the area. 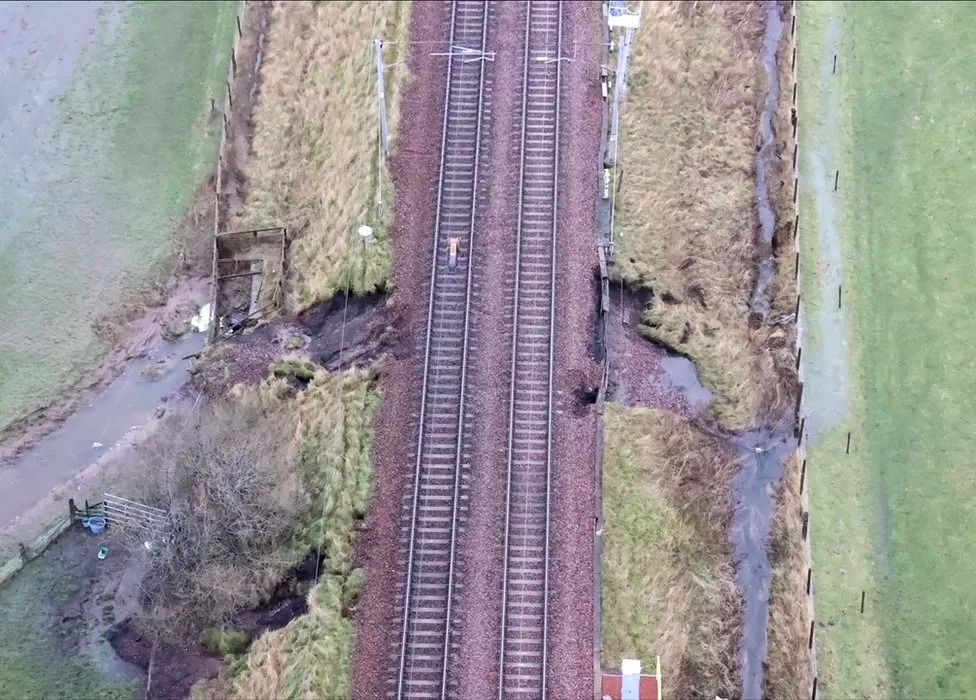 The line is not expected to reopen to passengers or freight services until at least Friday.

An Avanti West Coast spokesperson said: "While our colleagues at Network Rail are working hard to reopen the affected parts of the line damaged by the landslip caused by extreme weather, our advice to customers is do not to travel to and from Scotland on the West Coast Mainline.

"Customers are being advised not to travel north of Carlisle as there are no services. An amended timetable is in place between Carlisle and London Euston. Customers travelling south of Carlisle are being strongly advised to check their journey before they travel."