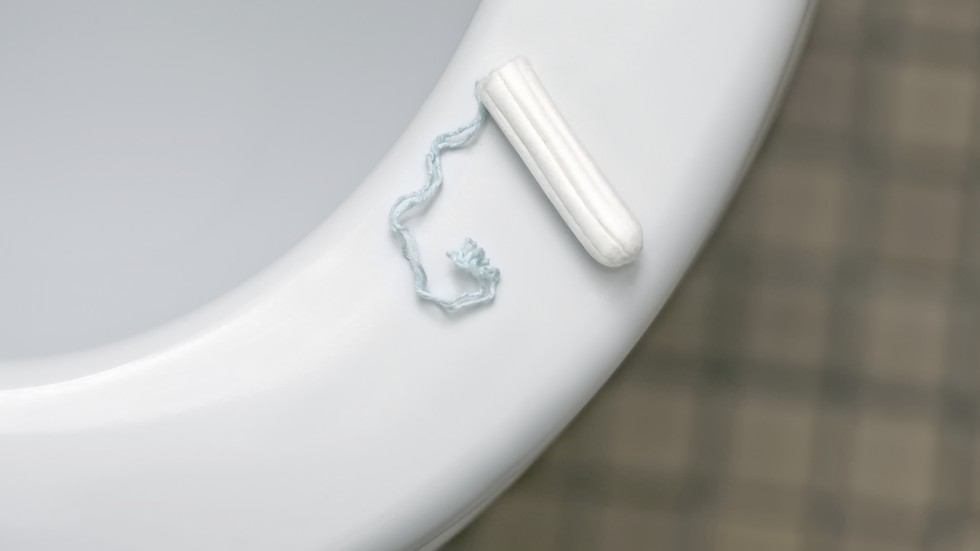 Period products are now being supplied to men’s restrooms visited by Scotland’s transgender civil servants, British media has revealed. The move has apparently been introduced by the cabinet to top up its equality index.

The first country in the world that made sanitary pads and tampons free for all is now also providing them in the male lavatories of governmental buildings. “A varied selection” of traditionally female hygiene products are put in restrooms for men “in those premises where gender neutral facilities do not exist,” The Telegraph reported on Saturday.

The newspaper learned about the controversial new feature from a submission to the LGBT rights group Stonewall, obtained under the Freedom of Information Act.

“We ensure we provide free period products in toilets, including all female and visitor toilets, and some male toilets so that anyone can access the free products,” according to a Scottish Government spokesman, quoted by The Telegraph.

Women’s rights activists have already criticised the decision. “That our government is so determined to impose their undocumented and unscientific policy of self-identification of sex on its own staff, rather than just designate some provision ‘gender neutral,’ is deeply troubling,” director of campaign group For Women Scotland, Trina Budge, said.

The news of tampons in men’s loos has also raised eyebrows among the online community. Twitter users called the move a “new insanity,” and suggested the government is “taking resources away from women and girls that genuinely need them.”

“How many transmen are employed by [the Scottish Governemnt], and would they use the men’s loos if they were menstruating and in need of a sanitary pad/tampon?,” a commenter wondered, while others agreed the stock-all-loos policy was a waste of time and money.

The 209-page document also mentions that the Scottish government has approved a policy suggesting people of any sex may experience menopause. It also allows transgender and non-binary civil servants to drop traditional Mr, Mrs or Ms titles on the government’s computer systems and staff directory, and to use “Mx” instead.

The changes have been made in an apparent effort to raise the government’s LGBT workplace-equality ranking, published annually by Stonewall. Pressured by the group, the government last month also agreed to avoid what it calls “gendered language” and to drop the word “mother” from its maternity leave policy, the media discovered.