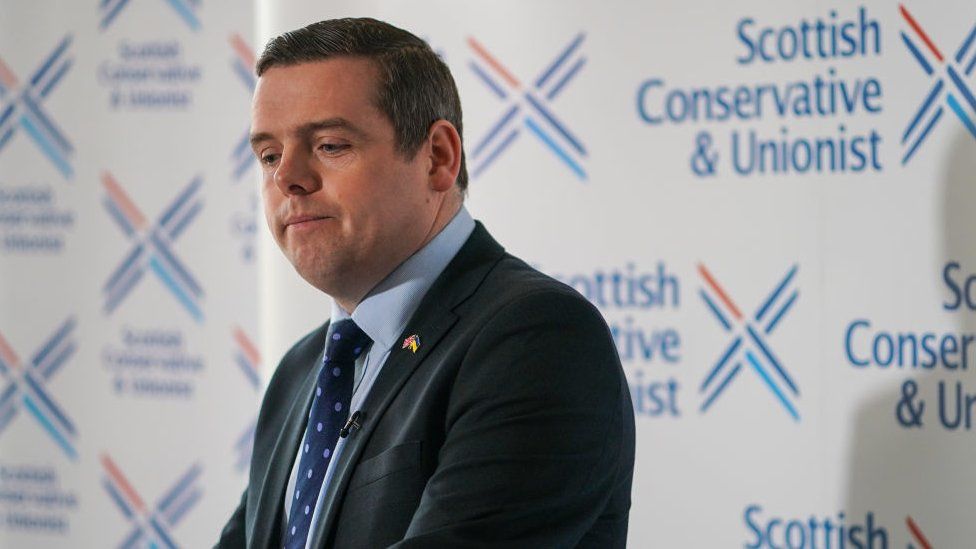 But he refused to call for Prime Minister Boris Johnson's resignation, saying the situation in Ukraine called for stability in the UK government.

Mr Ross, who was at his local count in Moray, said the result in the council election was "very disappointing".

"From people I've spoken to it's very clear, Partygate was the dominating issue here," he said.

"Where we could get the focus on local issues like here in Moray, people have responded to that.

"But where there have been national issues that dominated, Partygate has struck through and we have suffered as a result of that."

He also dismissed suggestions that his leadership was to blame, pointing to similar results in London, and said he would stay in his position.

Mr Ross said: "I'm deeply disappointed, I'm sorry for every one of our excellent candidates that didn't get over the line, our outstanding councillors that weren't re-elected. But we've got to look at the national picture and see this is not just a reflection here in Scotland but across the United Kingdom."

'Not happy with the prime minister'

Previously Douglas Ross had called for the prime minister's resignation amid the row over Downing Street parties during lockdown, but he withdrew the call over the war in Ukraine.

"We as a party across the UK have to look at that. I'm sure the prime minister will look at the results but I'm sure we have to do everything possible to support the people in Ukraine."

The party did see success in Moray, gaining three seats to overtake the SNP - who had been running the council as a minority administration since 2019 - as the largest party.

There, the Tories now have 11 seats, with the SNP down one to eight.

And the island of Arran returned a Conservative councillor - the Tory support having surged and SNP support tumbling. 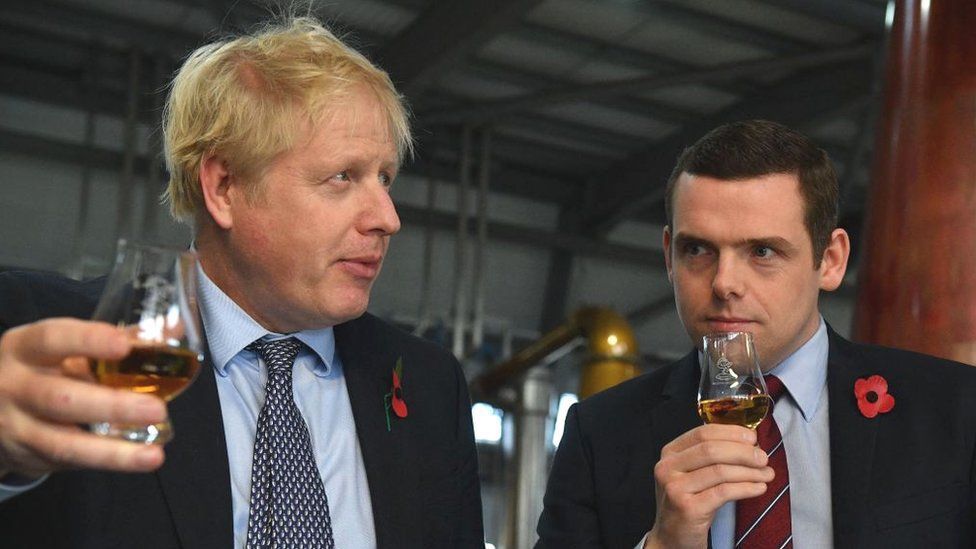 The Tories appeared to have suffered bigger losses in Scotland than the party did in England's local elections.

The Scottish party lost 63 seats, with their share of the vote falling by more than 10% in several wards.

So far in England, the Tories have lost hundreds of council seats.

They had been braced for big losses in England, as they faced attacks over the rising cost of living and the ongoing Partygate scandal - including the prime minister's fine for breaking lockdown rules.

Boris Johnson conceded the Tories had had a "tough" time in some areas - but argued results had been mixed overall.

He added that he took personal responsibility for the results, which showed the need for his party to renew its focus on helping people with rising living costs.

In the Scottish elections, the SNP and Labour made gains.

The SNP was the biggest party overall, gaining 22 seats on 2017. They also secured an overall majority in Dundee, while Labour won control of West Dunbartonshire.

Labour - which finished third behind the SNP and Conservatives in 2017 - picked up 20 seats and overtook the Tories in the battle for second place.

The Scottish Greens picked up 16 seats, and also won their first ever seat in the Scottish Borders. And Green candidate Holly Bruce finished first in the ward of the SNP's Susan Aitken, who was the Glasgow City Council leader (who was still elected after finishing with the second-highest number of first preference votes).

The Liberal Democrats also did better than expected, winning an additional 20 seats across the country, but Alex Salmond's Alba Party failed to have any of its candidates elected.