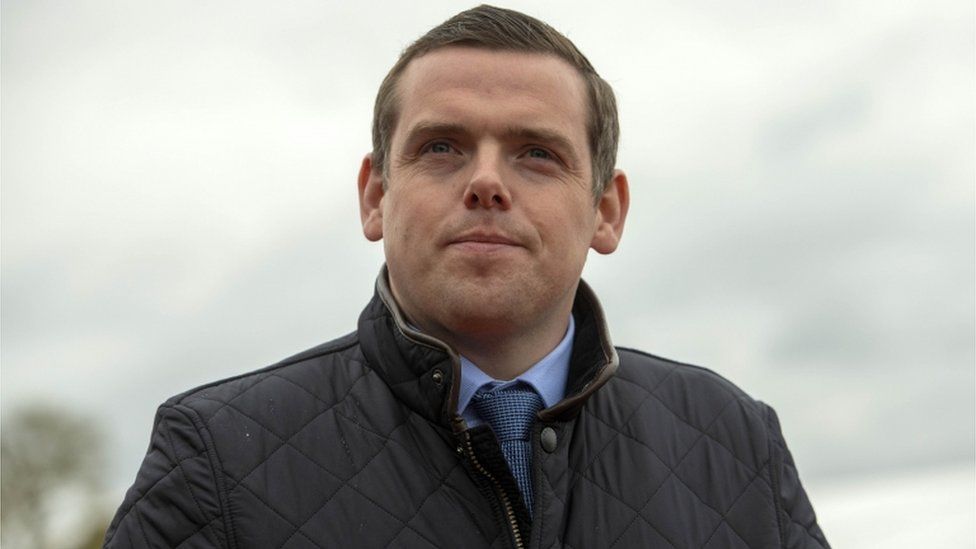 The leader of the Scottish Conservatives has reported himself over undeclared earnings while serving as an MP.

Douglas Ross has apologised for failing to fully record his MSP salary and earnings as a football referee in his register of interests at Westminster.

This included £6,700 for work as a match official for the Scottish Football Association.

He has now referred himself to the parliamentary standards watchdog.

The SNP said the Conservative MSP was "knee-deep in the Tory sleaze scandal".

In a statement, first reported in The Herald newspaper, Mr Ross said all his earnings had now been declared after what he described as an "error on my behalf that shouldn't have happened".

Speaking to to BBC Radio's Good Morning Scotland, he said: "It was a bad error on my behalf.

"I've obviously done it [declared earnings] throughout the time I've been an MP but there was a period at the end of last year - I've tried to work out why - I missed 16 games.

"I don't know why I did that and I noticed the mistake myself last week. I got in touch with the parliamentary authorities. I worked with them to get the register up to date. I am extremely sorry.

"This was a bad error. It was all of my own making and I tried to rectify it as soon as it came to light."

But Douglas Ross has only been a list MSP for the Highlands and Islands since May - so he failed to declare £10,745, six months' worth of earnings. 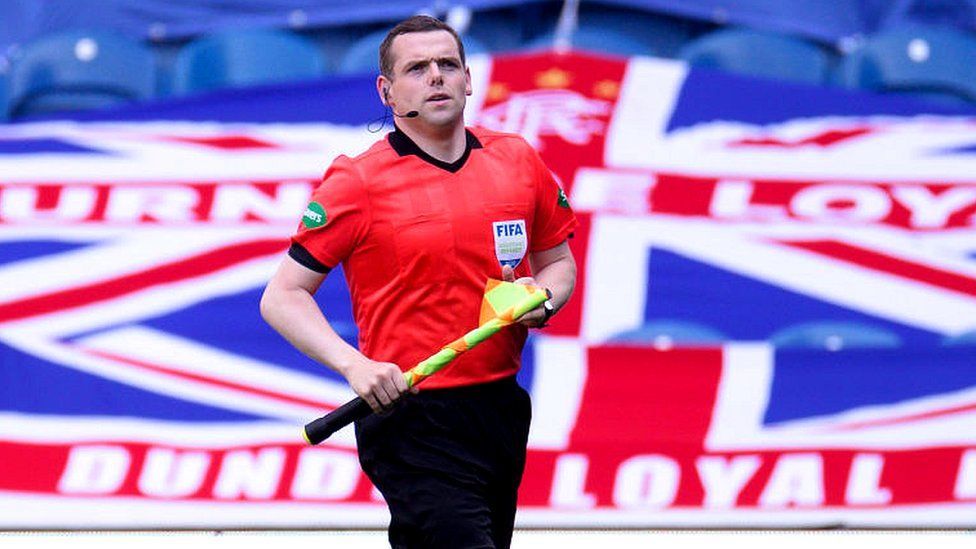 Mr Ross promised to only accept one salary if elected to Holyrood in the Scottish parliamentary election.

Some of the Moray charities which have benefited from Mr Ross' MSP salary are the RLNI in Buckie, Kieran's Legacy, Riding for the Disabled, Moray Women's Aid and Shop Mobility Moray.

Mr Ross has been injured since January and has not officiated any professional games since then.

The second jobs of MPs have been under scrutiny after former minister Owen Paterson was found to have broken lobbying rules.

And questions have been raised about the Conservative MP and former attorney general Sir Geoffrey Cox, who earned about £900,000 last year as a lawyer.

Asked how damaging the situation is for the Conservative party, Mr Ross said: "It's all damaging, of course it is. It erodes the trust between the people who elect us and politicians.

"This has been an extremely difficult period for parliament, for the Conservative party and for politics in general and that's why I'm so disappointed that my own error has brought myself into this."

The SNP accused the opposition Mr Ross of scoring an own goal.

'Blow the whistle on sleaze'

SNP Westminster Deputy Leader Kirsten Oswald MP said: "Triple-jobbing Douglas Ross is knee-deep in the Tory sleaze scandal. The rule-breaking Scottish Tory leader must shift his attention from maximising his outside earnings - and start focusing on his role as an MSP, which is supposed to be a full-time job.

"Failing to declare thousands of pounds from multiple side hustles is a clear breach of the rules - but the bigger concern is that Mr Ross isn't doing the day job. He's missed crucial votes, including on Tory universal credit cuts, to rake in extra cash running the line at football matches.

"It's time to blow the whistle on Tory sleaze. People in Scotland deserve better than this - and Mr Ross must finally decide whether he wants to be an MP, MSP or full time referee."

Earlier this week Mr Ross backed a review of second jobs for MPs and said parliamentarians should not be allowed to take money from companies that might benefit from decisions made in parliament.

However, he said other cases should be judged on their individual merits and argued that it can be "very useful" to have a voice in two parliaments.