Governors of a school which said it would refuse meals to pupils more than 1p in debt have announced they will review its payment system.

Ysgol Dyffryn Nantlle, in Penygroes, Gwynedd, had told parents the decision was due to a deficit in the school meals budget.

Gwynedd council has now apologised for concern caused by the letter's wording.

The letter, sent by strategic head teacher Neil Foden, had said all debts over £10 would be transferred to the council and parents would be invoiced by the authority.

And those with debts over 1p would receive a message from the school and asked to "clear its debts and credit the system" by next Friday, 19 November. 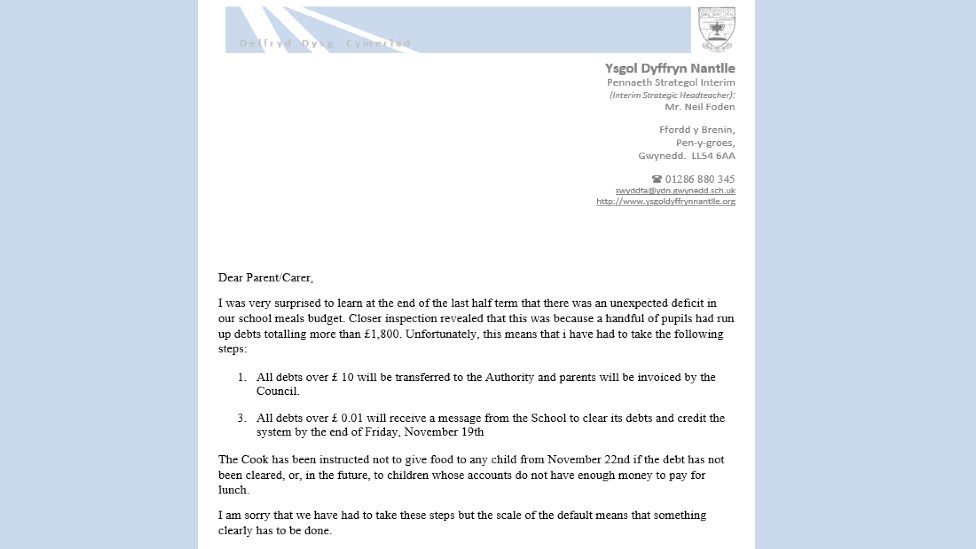 The letter was sent out to all parents, not just those with debts, says Mr Foden

The cook at the school had been told "not to give food to any child" if debts had not been cleared.

It sparked outrage among some parents, with one father who owed 36p saying he was "absolutely fuming".

Marcus Rashford took to Twitter to also express concern after the initial decision.

The school's chair of governors has now insisted the procedures set out in the letter are reviewed.

Sara Lloyd Evans said she understood the council advised Mr Foden on how debts should be managed, but the governors would discuss the guidance provided by the local authority to "ensure there are no communication difficulties in future".

She said governors supported tackling the issue of child poverty after receiving reports from teachers storing snacks in their classroom for pupils who went to school without breakfast.

"In view of the media attention to this issue we would suggest that having this discussion NOW would be timely," she wrote.

"We would invite the minister for education and the Welsh language to meet with our governing body to discuss this matter." 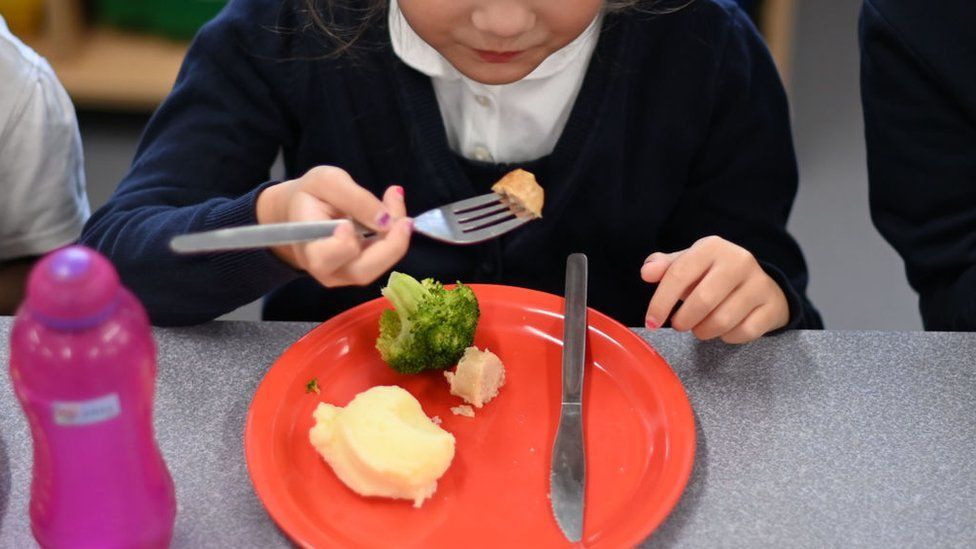 The governing body said it is committed to tackling child poverty

Currently, she said, no automated messages were sent to parents informing them of their debts, it was not possible to top up the account with cash and there was a minimum bank transfer payment of £10.

She said this online payment system was "inefficient" and governors would work with the council to improve it.

Gwynedd council apologised for "the worry and concern" caused by the wording of the letter parents received from the school.

"The welfare of children and young people is always our priority, and we will always ensure that no child across the county will face a day without lunch at school. This should be made clear in any letter to parents from the county's schools when discussing school dinners."

The council admitted the advice provided by the education department "created a lack of clarity" and it would "review our guidance to schools" as a result.

It added that anyone "experiencing difficulty" paying for school meals should get in touch.

"I understand that people should pay their bills but, at the same time, people are struggling"