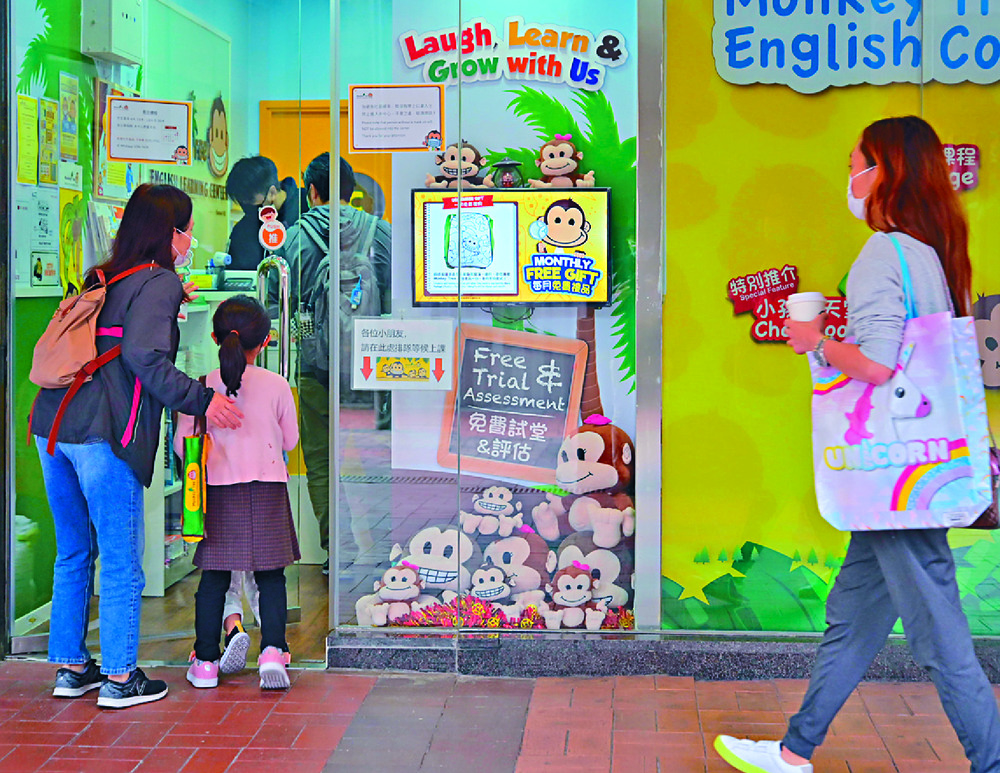 The standard of English language in Hong Kong has improved slightly, but is only rated as "moderate" and still lags behind Singapore's "very high" proficiency.

In a latest English proficiency ranking, the SAR ranked 32 worldwide and fourth in Asia, edging one position up on both lists of Education First's 2021 edition of the English Proficiency Index to be released today.

The ranking compared 112 countries with over two million non-native English speakers, according to a test by the education institution and used by schools, companies and governments for large-scale testing.

Despite climbing one place up in both the global and Asia list, the English proficiency of Hongkongers was only classified as "moderate" - on par with countries like Spain and Lebanon - and is two tiers lower than Singapore's "very high" rating, who comes in fourth worldwide and first in Asia.

The Philippines and Malaysia, second and third in Asia respectively, were at a "high" proficiency.

The mainland and Macau ranked seventh and eighth in Asia respectively, both falling into the "moderate" group.

The institution's country manager, Jeannie Tse, said that biliteracy in Chinese and English and trilingualism in Cantonese, English and Putonghua should be a major advantage for Hongkongers. However, "this year's EPI reflects that this unique competitive advantage is quickly diminishing with the rapid development of other Asian countries." She said despite the rising importance of Putonghua, Hongkongers must not underestimate the importance of English proficiency in the workplace.

As English language standards improved globally, Scandinavian countries no longer hold the top spots in the global ranking as the Netherlands top the index by a significant margin.

English proficiency in Europe is consistently strong and climbing, along with central and east Asia's, while performance in south Asia and members of the Association of Southeast Asian Nations varied.

Individually, adults above 30 improved the most when compared with last year's results, and men's English proficiency has outpaced women's for the first time.

For industries, most fall in the category of "moderate" or lower, with education, government and health-care sectors remaining at the bottom of the ranking.